Summary of the findings

The European Payments Survey 20101 was completed by 322 people representing 42 nations during late summer of 2010. This year's survey was divided into four clear sections and the main findings were:

Development of the Eurozone and European Union: 52 per cent thought the European Union would stay together, whilst 24 per cent thought it would fail. 30 per cent believe the euro is critical to keeping the Union together, compared to just 18 percent a year earlier. 78 per cent state that the Eurozone will continue to expand across more countries and become a successful reserve currency alongside the US dollar.

Success of the PSD: Most people (57 per cent) say the PSD transposition process has been unsuccessful; with 51 per cent of bank respondents and 36 per cent of non-banks believe that derogations actively hindered the transposition. 68 per cent believe there will be a PSD Mark II to replace the deficiencies of the first.

Success of : 54 per cent say that is not succeeding compared to only 24 per cent who think it is. The main reason cited by those who feel that will not succeed is the lack of an end-date for migration to . As long as there is no deadline, there is no motivation to implement instruments.

These findings are discussed in more detail below.

Development of the Eurozone and the European Union

Given the economic troubles haunting individual Member States, it is not surprising that many people thought the European Union was having problems. More than half of the respondents (52 per cent) thought the Union would stay together, whilst almost a quarter (24 per cent) thought it would fail. Interestingly, a third (30 per cent) of the respondents believe that the euro is critical to keeping the Union together, compared to just 18 per cent a year earlier. This is also a reflection of the importance of the Economic and Monetary Union in maintaining a stable Europe, with 78 per cent of respondents stating that the euro zone will continue to expand across more countries and that the euro will become a successful reserve currency alongside the US dollar.

Success of the PSD

On 1 November 2009 the PSD came into force in most European Union ( ) and European Economic Area ( ) Member States. Following transposition of the PSD into the national law of Member States it is essential to monitor closely whether this piece of legislation indeed leads to the envisaged legal harmonisation of the European payments market. The responses on this subject were unsupportive of the PSD process, with 57 per cent of respondents saying that the process had been successful, with just a few issues related to the use of derogations in some countries. Unfortunately, 51 per cent of the 112 bank respondents and 36 per cent of the rest (non-banks) viewed these issues to be significant stating that derogations had actively hindered the PSD transposition.

Other comments included, for example: "The 'enshrining' of BIC (Business Identifier Code) and IBAN (International Bank Account Number) in the recitals of the PSD has been a huge mistake."  Another respondent noted that there would remain many uncertainties around the PSD such as the interpretation of the PSD in non- / jurisdictions, belated transposition of the PSD in a number of countries and conflicting information on the Directive.

For these reasons, over two-thirds of respondents (68 per cent) believe there will be a new and revised version PSD to replace the deficiencies of the first. However, many would prefer gradual adjustments of the existing text rather than a new Directive being drafted every few years.

Meanwhile, 66 per cent of bank respondents had seen major change as a result of the PSD coming into force compared to only 31 per cent of the non-bank respondents. This is a reflection of the major change initiated by the PSD on banks' internal systems and processes. In addition, the market entry of payment institutions (PIs) - a new category of non-bank payment service providers established with the PSD also impacts banks. For example, respondents stated that more than 70 per cent of PIs existing today were created since the introduction of the PSD.

Nick Ford, one of the authors of the survey, comments: "The survey results show that a majority of executives think that an integrated payments market is very important or even critical to Europe's future. However, many are still unsure of the benefits inherent to the process and implementation of the PSD and think that the banks could do more to improve this position. The survey results also indicate, however, that with the right focus and an effective payments strategy, banks can welcome and other regulations. There is a huge opportunity for banks to improve and further tailor their services to clients obviously keeping in mind the significant challenges and changes that it brings. Smart players in the industry will proactively address these challenges head on to create business opportunities that will help them differentiate and lead in the payments market."

This may be because banks are limited by issues of budget, with 41 per cent of bankers surveyed stating that this is what stops them innovating.

The survey audience identified real-time payments, mobile and contactless payments and the convergence of payments processing into payments hubs as the main drivers of innovation in payments. Compared to these developments, the respondents categorised anti-fraud measures using new biometrics, such as voice, to be the least innovative. This intrigues as one of the major new PIs cited in the survey is a provider using voice biometrics for customer authentication and identification.

Background to the survey

The survey was performed as an online research project during August and September 2010.

The core community of survey respondents is members and associates of the Financial Services Club in the UK, which is why this community represents over a third of the participants. Of the 16 euro zone countries, 13 Member States participated and represent a major contingent in the survey, with 38 per cent of the vote. Also representatives of many non-European countries participated, including the US, India, Hong Kong, Kazakhstan, Malaysia, Uruguay and the UAE.

Chris Skinner is an independent commentator on the financial markets through his blog the Finanser (www.thefinanser.com), and chairs the Financial Services Club, a network for financial professionals with regular meetings in London, Edinburgh, Dublin and Vienna.

So what's in a Name? Explaining payment schemes, instruments and systems. Clarity on payment terms is critical in the debate over the approach to setting end dates for migration to SEPA through EU Regulation

An Epic Voyage: the SEPA Odyssey. Looking to Homer provides useful insight on the integration of the euro payments market

SEPA Survey 2009: Corporate Readiness on the Rise. The findings confirm that early movers have everything to gain ( Newsletter, Issue 5, January 2010)

1 Sponsored by Dovetail, Earthport and Logica.

According to the findings of the Financial Services Club's second annual survey on European payments published in October 2010, European payments professionals are disappointed with the progress in harmonising and regulating an integrated European payments market, with a significant majority voting this way. The survey focuses upon canvassing the views of payments professionals worldwide to see how successful they see the implementation of the Payment Services Directive (PSD), the Credit Transfer ( ) Scheme and the Direct Debit ( ) Schemes. The survey also assesses the impact of new competitors, such as the key payment institutions entering the market. The survey results confirm that without a mandatory end-date for migration to , the integration of the euro payments market will fail. Chris Skinner summarises the main findings of the European Payments Survey 2010. 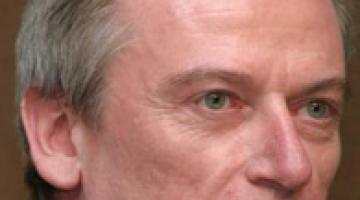 Independent commentator on the financial markets

Related Articles
The Shortcut to SEPA: Who Is Who and Who Does What
The EPC Newsletter also Makes for a Nice Christmas Present
Update EPC Plenary Meetings
Facing up to the IT Challenge
The Way is the Goal
Moving Forward
Facing the Facts in October 2010
The Single Euro Cash Area
Searching for Enlightenment?
The Global Data Highway
An Epic Voyage: the SEPA Odyssey
So what’s in a Name? Explaining Payment Schemes, Instruments and Systems
Preparation for SEPA by Public Administrations in France
The Quantum Leap for SEPA Direct Debit
Common Architecture for Mobile Payments
SEPA Schemes: Next Generation
Latest Insights
Bizum: The Spanish instant mobile payment solution
The payment landscape of Luxembourg
TPPs: latest views on PSD2 implementation
PSD2 implementation: challenges for ASPSPs