All you need to know about the new features of the four EPC SEPA schem...

The payment schemes are updated every two years to reflect market evolution and customer needs. Last month we published the four scheme rulebooks as a result of the rulebook change management cycle that started in 2017. We interviewed Jean-Yves Jacquelin, Chair of the Scheme Evolution and Maintenance Working Group to find out more about the changes in the 2019 scheme rulebooks.

To start, are there any changes common to the Credit Transfer ( ) and Direct Debit ( ) schemes?

First, let me stress that all scheme participants and stakeholders had the opportunity to submit rulebook change requests by the end of the year 2017 and to participate in a 3-month public consultation on these change requests in spring 2018. The Scheme Management Board (SMB) assessed the comments received from various stakeholders and has decided to include the following common changes in the new and rulebooks:

•    A clarification in the four scheme rulebooks about which scheme participants must comply with the mandatory Customer-to-Bank (C2B) Implementation Guidelines ( ) of these rulebooks;

•    An Originator and Creditor can transmit a transaction to the Originator Bank or Creditor Bank respectively, containing just an IBAN but with no BIC, even if one of the two scheme participants covered by that transaction is based in a non-European Economic Area ( ) country;

•    Inclusion of additional and r-transaction reason codes related to clearing and settlement-specific issues;

The scheme is already ten years old. Are there any new key features included in the new rulebook?

Yes, we have adopted a change request to facilitate the transmission of multiple occurrences (up to 999 of 280 characters each instead of a single one of 140 characters) of structured remittance information per single transaction to allow businesses to pay more efficiently multiple invoices in one credit transfer. This feature called the Extended Remittance Information will be a formal rulebook option and will be described in an Annex to this rulebook. scheme participants that wish to implement this option must first adhere to this option.

Let’s talk about the newest scheme. Can you briefly explain changes emerging in the 2019 Instant Credit Transfer Rulebook?

The SMB has decided to include certain changes which it considered necessary for the rulebook:

•    A third rulebook option for scheme participants if they wish to agree among themselves on a shorter hard time-out deadline than the 20 seconds set at scheme level;

•    Clarifications in the rulebook on the concrete point in time where an instruction turns into an transaction, and that the current maximum amount applies to both instructions and transactions.

Are there any changes affecting both and schemes in the new version of the rulebooks?

As a result of the 2018 rulebook change management process, the Customer-to-Bank (C2B) of the & rulebooks now include usage rules on how a Beneficiary can make a ‘Repayment’ to transfer back funds received from the Originator (also in case the Beneficiary does not have the IBAN of the payment account of the Originator). Also, there are several changes to align the ‘Recall’ procedure with the ‘Request for Recall by the Originator‘ (RFRO) in both rulebooks. 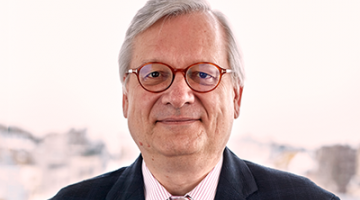 Jean Yves Jacquelin is in Product Management & Development of Erste Bank Austria as Senior Expert Payments for Erste Bank, Austrian Savings Banks,  Erste Group Bank and Group countries. He is a chairman of the Scheme Evolution & Maintenance (SEM) working group having the responsibility for the four Rulebooks and Scheme Management Board member.