Created in January 2018, the Application Programming Interface Evaluation Group ( ) was composed of representatives from various account-servicing payment service providers ( ), third-party providers ( ), payment service users ( ) as well as several regulators who participated as observers. The mission and mandate of the group were to provide market facing recommendations on the use of compliant to the revised Payment Services Directive ( ) and to facilitate good market facing outcomes. By the end of 2018, the fulfilled its core mandate by publishing its recommended functionalities on the website. We interviewed the co-chairs James Whittle and Oscar Berglund to reflect on the groups’ work, challenges and evolution.

Could you elaborate on the creation and composition of the ?

The creation of this multi-stakeholder industry group was originally proposed by the European Commission (EC), as part of the final report of the Euro Retail Payments Board ( ) Working Group on Payment Initiation Services ( ) and welcomed by the as stipulated in its November 2017 meeting’s Statement. The composition was defined by the EC and consisted of:

The group was co-chaired by one representative from the ASPSP community (James Whittle, pay.uk) and one from the community (Oscar Berglund, Trustly).

The European Banking Authority ( ), the European Commission and European Central Bank (ECB) (until September 2018) supported the work of the as observers.

The agreed to provide secretariat support to the .

What was the main purpose of this group?

The objective of the was twofold. It was to help ensure that specifications, developed by five main initiatives (i.e. Berlin Group, Open Banking UK, Polish Initiative, Slovak Banking Initiative and STET), were compliant with the requirements of and the final Regulatory Technical Standards ( ) on strong customer authentication ( ) and common and secure open standards of communication ( ) and other relevant legislation. And as importantly, that the specs would function well for the market of that will need to rely on them. By making recommendations it was the intention to achieve harmonisation of the specs that the initiatives were producing to promote consistency, interoperability and reduce unnecessary divergences between initiatives.

The was the first pan-European coordination group on , it has enabled the individual initiatives to more closely cooperate.

What were the main challenges the faced?

The central challenge was to bring together competitive parts of the European payments market to work together when their interests in relation to the legal framework of did not always align. For example, there still are strongly held views regarding the methods for strong customer authentication ( ). Nevertheless, the succeeded in issuing a guidance document in April 2018 with the blessing of the members.

As the worked, it also had to adjust to the fact that the legislators were still finalising their work. As it turned out this was actually more of a blessing than a challenge as it allowed the to help inform the practical understanding of legislators as they worked.

A key learning has been the benefit of bringing together practical industry guidance to work in harmony with the regulators.

Finally, it should also be noted that the only had decision-making power in relation to the guidance and recommendations that it was responsible for. Unfortunately, none of the Standardisation Initiatives have to date committed to implement all functionalities recommended by . We believe that the standardisation initiatives need to step up to the plate and implement the full range of functionalities to ensure that the specs they are producing are able to facilitate a full range of market choices to support good market-facing outcomes. The risk being that despite all energy and investment being made that payment services users, both users and merchants, would be left with worse services and lesser choice after compared to what existed prior. A lot is still at stake and we welcome the next phase of work being established by the .

Could you share the most significant achievements of the and briefly outline how they will help the market implement the relevant aspects of by September 2019?

Generally speaking, the provided a constructive platform via which the industry was able to identify key issues (e.g. in relation to , security and ) and define specific recommendations. Without a doubt the industry would have been worse off without the . We would like to thank the EC for promoting the creation of the group and the support and commitment shown by the and ECB.

Therefore, we encourage individual that are implementing to review the list of recommended functionalities, alongside the guidance and implement as many of them as possible in order to ensure a good market-facing outcome, including for their own customers.

Given that the wording of the on is intentionally vague we believe that the list of recommended functionalities provided unique market-facing guidance on what “good looks like” for . We hope that national competent authorities will find the recommendations informative as they assess to determine whether to grant an exemption from having to provide the contingency mechanism/”fallback” solution.

What are the next steps for the group if any?

The held its last in person meeting on 3 December 2018 having successfully fulfilled its core mandate. However, in anticipation of the creation of the working group on under in early 2019, the moved to a ‘ready to react’ mode in case any critical issues arose. The aim of the group will be to “identify issues that will emerge as the industry is preparing for the application date of the on & , and for external stakeholders to propose solutions on how these issues could be resolved, which national authorities and the can then consider”1.
Moreover, the ECB is expected to establish in due course a Working Group on a access scheme. James Whittle heads up the Standards Authority at Pay.UK, the designated operator of the UK retail payments systems. James has contributed to industry thinking on standards for many years and brings a practical outcomes-based approach to complex issues. His team built the first open collaborative ecosystem in the payments industry to prove this technology in a collaborative industry setting. James is also involved in and has co-chaired the European Evaluation Group with the support of the European Commission and European Banking Authority. Alongside this James also chairs the ISO 20022 Standard internationally and leads the work globally to advance the standard to ensure it continues to meet the needs of users from communities around the globe as an industry good.
He has also worked with the G20 regulators to lead the development of ISO standards for the benefit of both the private and public sector, notably ISO 17442 Legal Entity Identifier. 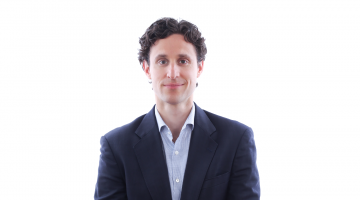 Oscar Berglund is the CEO of Trustly Group, one of Europe's largest providers of payment initiation services providing services in 20+ Member States. He has closely followed since 2013 and among other engagements was a member of the Euro Retail Payments Board Working Group on where he was also the co-chair of the sub-group.