An article by Aniket Kulkarni, PwC

In recent years, blockchain technology has significantly gained popularity because it has the potential to process financial transactions in ‘real time’ without compromising security.

Blockchain is the technological backbone for ‘Bitcoins’ and was introduced in 2009 as a secure, fast and connected technology to enable their exchange. Blockchain technology has the following main features:

In blockchain, every user transaction creates a block, which is added to a chain of transactions. This creates a trail of blocks linked to each other. Every block is broadcast and added to the ledger.

As the user transactions are linked as a block to other blocks in the chain, it is extremely difficult to change their data, so this is a very secure way to exchange financial data.

The current payment infrastructure is mostly message based and relies on file exchange between multiple parties. A typical cross-border non-euro payment lifecycle involves several steps and parties to process the payments, which takes days to complete. Due to this delay, for example, a company initiating a payment is required to monitor its bank account or bank account statement to know exactly when the payment has cleared.

Application of blockchain technology in payments

Blockchain’s features match the requirements for a payment infrastructure:

The distributed ledger makes it possible to connect all the parties in a financial trade in real time for faster processing of a payment – all while maintaining an audit trail.

Because processing is distributed over the network, it is almost impossible to alter or manipulate the data, hence preventing fraud or a security breach.

This file-based transmission could potentially be replaced by Application Programming Interface ( ) technology to enable the creation of blocks of transactions.

If this usage becomes a reality, payments processing would be in real time, and companies would no longer need to depend on bank statements to reconcile their accounting ledgers.

Currently most of the big players in financial transaction chains have started initiatives to explore this technology and assess its application in the payments area. Some prominent examples include:

SWIFT: This global payment innovation initiative, launched in January 2017, explores whether distributed ledger technology (DLT) can be used by banks to improve the reconciliation of their Nostro databases in real time.

Although blockchain technology is promising, there are several challenges in using it for payments on a large scale. Here are a few of those issues:

If blockchain technology can be deployed on a large scale for payments, it would provide significant benefits for both banks and companies. Banks will no longer require heavy clearing and settlement systems, while companies can have a real-time accounting ledger in their enterprise resource planning (ERP) or treasury management systems. This would also improve payment security significantly.

Current initiatives, especially those concerning international instant payments, where companies can settle international payments in real time, have been successfully prototyped by many banks (e.g. BBVA, Deutsche Bank). Instant payments will significantly strengthen the global e-commerce/digital business initiatives adopted by many firms. This will not only impact big businesses, but also help small businesses to improve short-term liquidity. The visibility of cash flows in the short term is one of the big challenges facing corporate treasuries, but by using blockchain technology for faster international payments, treasurers can manage liquidity far more effectively. 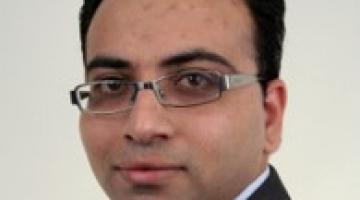 Aniket Kulkarni is a Director in PwC’s consulting practice in Switzerland where he leads PwC’s Treasury and trading technology practice. He will look into the evolution of blockchain technology and its application in payments.