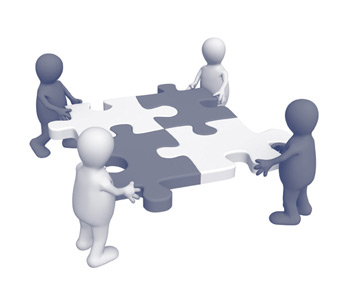 The vision: a single market for e-Commerce payments

The explanatory statement tabled with the motion for a European Parliament Resolution on completing the internal market for e-Commerce in September 2010 (see link below), stresses that "e-Commerce is a vital force of the internet and an important catalyst to achieving the aims of the 2020 strategy for the internal market". According to this statement, in 2009, one consumer out of three in Europe bought at least one item online, but only seven percent of European consumers have done so in another   Member State. Covert research by the into e-Commerce practices showed that 60 percent of customer attempts to buy items across borders fail, with the transaction or shipping declined by the vendor, even though the buyer could have saved at least ten percent by e-shopping abroad (even including shipping costs) in half of the 11,000 cases investigated.

The Centre for Parliamentary Studies, which will hold a symposium titled 'Streamlining the Internal Market - Removing Barriers to Facilitate e-Commerce' in February 2011 (see link below), comments: "In the digital age the implementation of the single market has not expanded in line with the rapid growth of the online retailing sector. The €106bn e-Commerce market is one of the most dynamic aspects of the European economy and one which has huge potential for growth and can play a significant role in the recovery of the European internal market, safeguard consumer confidence and boost economic progress. E-Commerce has grown steadily in the last few years, expanding by an annual average rate of 10 percent in the UK, Western Europe and Scandinavia, with Southern and Eastern Europe following closely behind. In the UK alone e-Commerce will account for a third of all transactions in 2010, worth £56bn, with the 50 percent mark likely to be passed this decade and with a similar story across the Benelux region, Scandinavia and Germany."1. The Centre for Parliamentary Studies further states that "the existing regulatory framework does nothing to remove the many obstacles in the way of an effective single online market. Many retailers are put off by the 27 different consumer-protection laws and variances in rules, electronic waste regulations and postal systems. These restrictions are directly hindering the growth and competitiveness of SMEs, which represent 99 percent of firms."

The report 'Online Payments 2010' (see link below) confirms that great divides in e-Commerce maturity and IT development throughout the persist: "Generally speaking, the Nordic countries in addition to the Netherlands and the UK are most advanced while countries in South and Eastern Europe are less advanced. However, those currently lagging behind are making great strides in catching up. Access to broadband Internet has increased strongly in the new member states. For example, in Romania broadband access grew from 8 percent in 2007 to 23 percent in 2009. Also the proportion of consumers having purchased goods online has grown significantly. Eastern Europe is bound to catch up and may even leap ahead." To create a single market for e-Commerce, the authors point out, it is also necessary to overcome "the lack of international or interoperable payment methods".

In response to the rapidly increasing volumes of e-Commerce payment transactions and spearheading innovation in payments, the European Payments Council ( ) committed to develop the e-Payment Framework which outlines the specific rules and standards allowing buyers in to purchase goods and services from web retailers.

The concept of the e-Payment Framework

To achieve interoperability between e-Payment schemes, it is necessary that these e-Payment schemes adopt the common business and compliance requirements as well as the technical and other aspects defined in the framework. Firstly, the e-Payment guarantee is considered to be an essential element of the framework. This binding commitment is handled by each e-Payment scheme owner, modifying the contract it has with its participating banks to bind the bank to honouring any guarantee that it issues.

Secondly, the must be able to uphold the reputation of the logo in the marketplace and the credibility of the e-Payment Framework overall. The ability to grant the use of the logo to an e-Payment scheme that makes use of an payment and the ability to remove its use imply that each e-Payment scheme must enter into a contractual relationship with the , via the e-Payment Framework. The will address the question of whether the grant of use of the logo could entail any liabilities for the in cases of non-compliance with the framework.

Proof of concept and go-to-market

The and the three existing e-Payment schemes, i.e. EPS (Austria), Giropay (Germany) and iDEAL (Netherlands), agreed to launch a proof of concept exercise based on the draft e-Payment Framework Service Description developed by the . This proof of concept (PoC), to be carried out in 2011, provides the scheme owners with the opportunity to put the framework (version 0.9) to the test and to identify the possible need for adaptation. The next version of the e-Payment Framework (Release 1.0), which will form the basis for implementation, will benefit from comments received both during the PoC and earlier consultations.

It is currently expected that release 1.0 of the e-Payment Framework will be submitted to the Plenary for approval in June 2011. Once approved, e-Payment schemes using the will be able to enroll in the framework.

Meeting customer needs in the emerging single market for e-Commerce

The following scenario illustrates the convenience of making an e-Payment under the e-Payment Framework: you have a current account with a bank in the Netherlands. You are spending time in Austria. You want to buy a ticket for a concert in Vienna at 2 am from a German online merchant for the event at 8 pm the same day. In this instance, your Dutch-based bank will issue a payment guarantee to the German online merchant in real-time, so that the merchant can release your ticket for the concert immediately. The merchant will be sure that the money will arrive by on his account in due time.

The e-Payment Framework therefore provides a convenient and secure means of making payments online. As such, the framework contributes to achieving a single market for e-Commerce - to the benefit of European consumers and web retailers.

Reaping the Benefits of Electronic Invoicing for Europe. A summary of the European Commission Communication issued in December 2010

2To enable customers to make e-Payments across all countries it is also necessary to provide a payment vehicle that allows the exchange of funds between any accounts held in . Obviously, at this point the Credit Transfer ( ) is the only payment instrument that can be used for domestic and cross-border electronic payments in Europe.

*** In June 2012, the EPC and its members decided to abandon the work on a draft SEPA e-Payment Framework 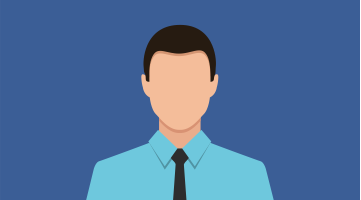 Related Articles
SEPA Scheme Change Management 2011 - Call to Stakeholders
Update EPC Plenary Meetings
Your Points of View
Work in Progress
Happy New Year?
The King is Dead, Long Live the King
Reaping the Benefits of Electronic Invoicing for Europe
Facing the Facts in January 2011
More Market Integration
The Good, the Bad, the Ugly and a Knight in Shining Armour?
The Breakthrough for SEPA?
Best of Class: the Netherlands
How to Migrate to SEPA
Latest Insights
TPPs: latest views on PSD2 implementation
PSD2 implementation: challenges for ASPSPs
What’s next for RTP?
Greece’s steady progress towards a cashless society