Canada is one of many countries around the world adopting ISO 20022 – the Cadillac of payment messaging standards – in response to market and regulatory demands that are shaping the global payments landscape. Since launching ISO 20022 for batch Automated Funds Transfers (AFT – they cover credit transfers and direct debits) earlier this year, Payments Canada (the not-for-profit organisation responsible for Canada’s clearing and settlement infrastructure, processes and rules essential to daily payments) has drawn a line in the sand for a broader roll out of ISO 20022 as part of the country’s payments system modernisation plan.

Payments Canada has been working towards ISO 20022 alongside SWIFT and our domestic industry partners, including member financial institutions and other stakeholders, for a number of years. While global interoperability is obviously a key feature of ISO 20022, the benefits of extended remittance information, straight-through processing and the move away from paper have been the primary drivers for ISO 20022 in Canada. In 2015, Payments Canada research indicated that cost savings from the adoption of ISO 20022 could be as high as $4.5 billion over five years from the reduction in cheque volume alone. As a result, delivering ISO 20022 payment messages for AFTs was our first priority.

In April 2016, Payments Canada made the rules and standards for ISO 20022 AFT available to the market and encouraged financial institutions to adopt them in line with their business cycles. We had strong endorsement from the industry – both financial institutions and Canadian corporations supported the move to ISO – but there was a pregnant pause. No one wanted to move on ISO 20022 until there was a much clearer view of Payments Canada’s broader Modernisation plans.

Around that same time, Payments Canada released a Vision for the Canadian payments Ecosystem. This was the first major output on our Modernisation journey, which represented the collective views from various payment system users – financial institutions, consumers, small and large businesses, FinTechs and governments – around what a future payment system should look like. Richer payments data was front and centre in the findings, but it was yet to be determined who in the industry would deliver on this need and how it would be done.

Over the next several months, Payments Canada was deep into planning, research and analysis with the industry and, recently, publicly released the Modernisation Industry Roadmap & High-Level Plan that would provide greater clarity on the future of ISO 20022 for Canada, including mandatory implementation for ISO 20022 for AFT in 2019.  At the same time, the Roadmap pointed to fundamental system changes, including the replacement of Canada’s core clearing and settlement system and the introduction of a real-time payment clearing rail, both of which will be underpinned by a common messaging standard – ISO 20022, and expected to take place over the next three to four years.

These are very exciting changes that will dramatically shift the payments landscape in Canada and create a platform for innovation for all ecosystem players. But this magnitude of change does not happen overnight so the adoption dates for ISO 20022 for the core clearing and settlement system and the real-time clearing rail are yet to be determined. We will be working closely with the industry to help it prepare for AFT ISO 20022 implementation in 2019 and, as part of the broader Modernisation program, set up working groups of members and stakeholders to plan for the incorporation of ISO 20022 across the other new or enhanced systems.

There are many advantages to having a globally recognised standard in place before acquiring a new technology. It will aid in the selection of technology providers and could save Payments Canada time and money with implementation. At the same time, it avoids the common problem of creating work-arounds to facilitate coexistence between a variety of standards that have emerged over the years. This will make for a better user experience and greater interoperability between systems, which is a key benefit of ISO 20022.

While domestic needs have driven ISO 20022 adoption in Canada, we remain focused on the benefits to the global payments ecosystem and maintain that interoperability is key. I recently spoke at a standards forum panel at SIBOS and one of the issues raised was around the risks of the ISO 20022 standard being too flexible. If we all define the elements of ISO differently or request unique elements for our respective jurisdictions, we lose the benefit of consistency in this standard. This will be an important part of global ISO 20022 harmonisation, which Canada was among the first to adhere to, avoiding variants that could compromise global interoperability.

Payments Canada has had the opportunity to learn from early ISO 20002 adopters, including Europe, so I am sure you can relate to why this is an exciting time for us. While we have only just begun the journey to Modernisation and ISO 20022, we know it is an ambitious and comprehensive transformation of Canada's core clearing and settlement system to drive innovation in the competitive space, position Canada well for the future and provide us greater opportunities to work in synchrony with our global counterparts, like Europe. 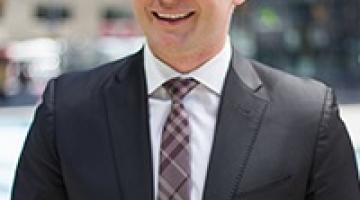 Related Articles
Get ready for the first SCT Inst transactions!
The EPC publishes updated SCT and SDD rulebooks
The European card industry’s recently created association for standardisation is fully up and running
Card Fraud Prevention Forum is set up to tackle rise in European card fraud
What’s next for retail payments in Europe? A brief summary of the outcome of the latest ERPB meeting
An insight into the EPC’s response to the public consultation on the EBA’s draft Regulatory Technical Standards under PSD2
A perspective on the collaboration between FinTech start-ups and banks: An interview with Lázaro Campos, co-founder of FinTechStage
Payment solutions in innovative Estonia
Poland, an Eastern European country at the cutting-edge of payment technologies
A compilation of some interesting recent reports about payments
Latest Insights
TPPs: latest views on PSD2 implementation
PSD2 implementation: challenges for ASPSPs
What’s next for RTP?
Greece’s steady progress towards a cashless society