A key priority of the Juncker Commission is building a deeper and fairer Single Market, which allows people, services, goods and capital to move freely in an economy with an annual Gross Domestic Product of EUR 15 trillion. The Single Market also aims to give consumers access to better products and cheaper prices, thanks to greater competition.

In March 2017, the European Commission published an Action Plan setting out a strategy to strengthen the single market for consumer financial services. The Commission is now delivering on the first two actions of this Action Plan: tackling transparency and fees in cross-border transactions. Cross-border payments are crucial for the integration of the economy and play an important role in bringing together citizens and businesses. Restrictions and excessive costs affecting cross-border payments are an impediment to the completion of the Single Market.

On 28 March 2018 the European Commission adopted a proposal to make cross-border payments in euro cheaper across the entire . Under current rules, there is no difference for euro area residents or businesses if they carry out euro transactions in their own country or with another euro area Member State. The proposal aims to extend this benefit to people and businesses in non-euro countries. This will allow all consumers and businesses to fully reap the benefits of the Single Market when they send money, withdraw cash or pay abroad. All intra- cross-border payments in euro outside the euro area will be priced the same – with small or zero fees - as domestic payments in the local official currency. Moreover, the Commission proposed to bring more transparency and competition to currency conversion services when consumers are buying goods or services in a different currency than their own.

Valdis Dombrovskis, Vice-President responsible for Financial Stability, Financial Services and Capital Markets Union, said: "… we are granting citizens and businesses in non-euro area countries the same conditions as euro area residents when making cross-border payments in euro. All Europeans will be able to transfer money cross-border, in euro, at the same cost as they would pay for a domestic transaction. The proposal will also require full transparency in currency conversion when consumers are paying by card in a country which does not have the same currency as their own."

In particular, the proposal provides that fees charged for cross-border payments in euro are the same as those that would be charged for equivalent domestic payments in the local currency. This will bring down fees to a few euro or even cents. This is a major change, as fees for a simple credit transfer can be exorbitant in some non-euro area Member States (up to EUR 24 for a transfer of EUR 10!). Today's hefty fees are an obstacle to the Single Market as they create barriers to cross-border activities of households (buying goods or services in another currency zone) and businesses, in particular SMEs (small and medium-sized enterprises). This creates a major gap between euro area residents who benefit from the single currency, and non-euro area residents who can only make cheap transactions within their own country.

The proposal will also bring about transparency on payments that involve different Union currencies. Now, consumers are usually not informed or aware of the cost of a transaction that involves a currency conversion. The proposal will therefore require that consumers are fully informed of the cost of a currency conversion before they make such payment (e.g. with their card abroad, be it a cash withdrawal at an ATM (automated teller machine) or a card payment at a point of sale, or online). This means they will be able to compare the costs of different conversion options to make a fair choice. The European Banking Authority will be tasked with drafting the necessary Regulatory Technical Standard to implement this enhanced transparency. The legislative proposal has been submitted to the European Parliament and Council for adoption. 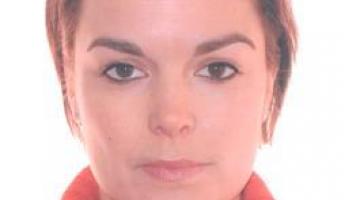