The 15.7 billion euro banknotes and 102 billion euro coins which are in circulation, are regularly used across national borders, regardless of where they have been produced or issued. Despite such free migration of cash, commercial banks and cash-in-transit (CIT) companies have been conducting cash transactions virtually exclusively with their domestic national central bank (NCB). To foster the integration of the common currency area and to make better use of the synergies deriving from it, the Governing Council of the European Central Bank (ECB) adopted, in 2007, the so-called 'roadmap for more convergence of cash services offered by the national central banks of the Eurosystem'. The roadmap complements the European Union ( ) 'Regulation ( ) No 1214/2011 on the professional cross-border transport of euro cash by road between euro-area Member States' (see 'related links' below), which entered into force in November 2012 and removes major technical and legislative hurdles to cross-border cash operations.

The introduction of secure electronic applications for communicating cash transaction data between NCBs and their professional clients - commercial banks and CIT-companies1 - is one important objective of the ECB roadmap for more convergence of cash services. This has been achieved with go live of the 'Data Exchange for Cash Services' (DECS), a communication interface for cash transactions hosted by the ECB. The DECS routes and converts electronic cash messages (cash orders and lodgement notifications) between commercial banks and CIT companies located in one euro area country and NCBs located in another (non-domestic NCBs). It enhances the efficiency, traceability - and thus security - of cash transactions. Implementation of the DECS platform is the result of a major IT project which was rolled out over several years. Since 1 October 2012, the simplified exchange of cash messages is in place in nine euro area countries: Belgium, the Netherlands, Austria, Germany, Ireland, Cyprus, Luxembourg, Malta, and Finland. This is especially important as according to the European Commission's impact assessment issued prior to adoption of the regulation on cross-border transportation of euro cash by road, the first three above-mentioned countries were considered to have the greatest potential for growth in cross-border euro cash operations. Most of the eight other euro area NCBs plan to follow suit in 2013; it is expected that all euro area NCBs will be connected to the DECS platform by 2014.

Professional clients can continue using their established communication means when sending cash orders and lodgement notifications to their domestic NCB or a non-domestic NCB connected to the DECS. It is therefore no longer required to use two different applications for the electronic notification of either domestic or cross-border transactions. To give an example: a bank in Luxembourg which would like to withdraw cash at the Deutsche Bundesbank, sends a cash order message to the portal of its domestic NCB, the Banque centrale du Luxembourg. The message file is then routed via the DECS interface to the Deutsche Bundesbank. The DECS translates from one communication format for the exchange of cash transaction data (the Banque centrale du Luxembourg uses the Cash Single Shared Platform format) to another (the Deutsche Bundesbank uses the Global Standards 1 format). It must be noted that, prior to transacting with a non-domestic NCB, a bank or CIT company has to establish the relevant relationships with the NCBs to define the operational requirements including the debiting / crediting procedure and packaging requirements.

The scope of DECS is set out in the 'Guideline of the European Central Bank on the Data Exchange for Cash Services' (see 'related links' below). It pertains to all messages which concern cash withdrawals or lodgements of standard cash packages (such as mono-denomination bundles of 1,000 banknotes).

The ECB roadmap also foresees the convergence of banknote packaging: upon request by a professional client, a domestic or non-domestic NCB shall use the 'Eurosystem packaging' types for free-of-charge transactions. Those are: ECB cardboard box (only for withdrawals), re-usable box, safebag and sealbag2. Each NCB determines which type of the Eurosystem packaging - at least one of the four - it will use. Should a client however, see no need to use the Eurosystem packaging, each NCB is free to offer diverging packaging standards for its cash services, both to national and international clients.

EPC Newsletter Articles Published in the Section 'SEPA for Cash'

The Eurosystem, which comprises the European Central Bank (ECB) and the national central banks of countries which have adopted the euro (NCBs), strives to foster the integration of the common currency area by facilitating the provision of the NCBs' cash services across national borders. As such, in 2007 the ECB Governing Council adopted the roadmap for more convergence of cash services which is the result of a close cooperation between the European Payments Council and the Eurosystem. The introduction of the 'Data Exchange for Cash Services' (DECS), a communication interface for cash transactions, is a principal objective defined in this roadmap. The DECS routes and converts electronic cash messages between commercial banks and cash-in-transit companies located in one euro area country and NCBs located in another. Since 1 October 2012, nine euro area NCBs have connected their cash applications to the DECS interface. Most of the eight other euro area NCBs plan to follow suit in 2013. It is expected that all euro area NCBs will be connected to the platform by 2014. The introduction of the DECS interface removes a technical hurdle to cross-border euro cash operations. Olivier Strube and Cécile Bécuwe, Senior Banknote Issue Experts at the ECB, introduce the DECS interface. 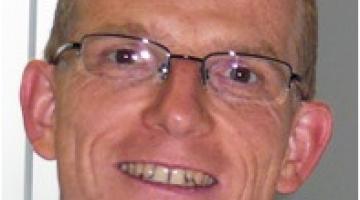 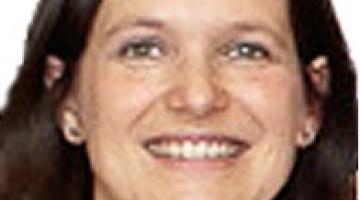 Related Articles
EPC Plenary Meeting Update
Innovation in Progress: Harmonised SEPA Cards Standardisation Requirements Expected to be Ready for Market Implementation by the Start of 2014
Cross-border Remittance Transfers: Why the European Union Should Care About Dodd Frank
The Future of Payments: Markers for Success
There is Only Plan A: Get Ready for SEPA by 1 February 2014 in the Euro Area!
Electrabel GDF Suez: “We Are Delighted to Offer Our Customers SEPA Direct Debit Services!”
The 2013 Euro Payments Outlook: Communication by the European Commission on its Vision for SEPA 2.0 Remains Pending
EPC Addresses Operational Aspects Relevant to Payment Service Providers Participating in the SCT and SDD Schemes
SCT and SDD: the Next Generation Rulebooks Will be Published in November 2014 to Take Effect in November 2015
Latest Insights
Bizum: The Spanish instant mobile payment solution
The payment landscape of Luxembourg
TPPs: latest views on PSD2 implementation
PSD2 implementation: challenges for ASPSPs