itsme® is a Belgian ID application that allows users to confirm their identity and approve transactions. Created by a consortium of four leading Belgian banks and one telecom network operator in 2017, the initiative gets the right recognition in its local market. We interviewed Ivo De Meersman, General Manager Payments and Cards KBC, to find out more about the digital identity scheme, its challenges and future.

What is itsme®, who is behind it and what is its underlying vision?

itsme® started off initially in Belgium as a payment wallet called Belgian Mobile Wallet, combining payments, loyalty and authentication and signing. It was created by four major banks (KBC, BNPP Fortis, Belfius and ING) and a leading telecom operator (Proximus). It turned out rather quickly that combining the three functionalities was a real challenge, making it difficult to achieve a positive business case.

The shareholders consequently decided to focus only on the authentication and signing part, thus becoming the Belgian Mobile ID (branded as itsme®).

The underlying vision was to offer a fully legally recognised e-authentication and signing mechanism in the most convenient way: one login for all touchpoints and strong authentication within one app, using the same easy process for different partners.

Discussion with the government showed that they were very positive about the idea and willing to support it by integrating the solution into all government e-service sites (e.g., tax-on-web, Myminfin, MyPension, MyCareer, etc.).

They had two conditions:
-    The reach had to be global: every citizen/resident in Belgium should be able to use the solution, and
-    The number of use-cases using itsme® needed to be significant (the previous system, based on an electronic ID card and a connected card reader, was only used on average once a year)

This led the two other major Telco operators to join the company, thus ensuring global access.

Could you describe the main challenges that itsme® faced in its development?

The first main challenge was convincing the government to come on board, and not only having this government buy-in, but also the integration of the solution into their Information Technology (IT) agendas.

The same challenge existed for the banks: integrating the itsme® solution into the electronic banking systems for authentication and transaction signing (on browser-based as well as mobile platforms).

The unique feature of the system is that it combines the possession of a mobile phone (and SIM card), with the banks’ Know Your Customer (KYC) data. So banks had to agree to ‘accept’ each other‘s KYC processes and quality.

Could you share some of the significant itsme® achievements since its launch in 2017?

What are the next steps for itsme®?

New steps obviously focus on extending the usage still further by increasing the number of websites and applications supporting itsme® and extending the functionalities of the platform.

With a strategic partnership between itsme® and Luxtrust, the first steps have been taken to make itsme® a truly internationally accepted solution. 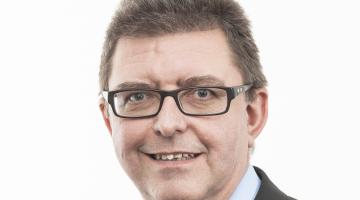