EMV Goes Global: The End of an Era for the Magnetic Stripe Payment Car...

EMV Goes Global: The End of an Era for the Magnetic Stripe Payment Card

The impact of the U.S.' decision to migrate to EMV technology

EMV®1 technology is gaining traction worldwide. This is good news for Europe and other regions that have invested in and adopted this card payment framework.

EMV is a global standard for credit and debit payment cards based on secure chip card technology. The Cards Framework (SCF) developed by the European Payments Council ( ), established 2010 as the deadline for all Single Euro Payments Area ( ) cards, point of sale (POS) terminals and automated teller machines (ATMs) to comply with this standard.

The European Central Bank (ECB) Indicators estimated that as of end 2011, 87.2 percent of cards, 94.2 percent of POS terminals and 96.7 percent of ATMs in were EMV-compliant. The which compiled these statistics stated at the end of last year that the collection of this data would discontinue due to the almost complete levels of EMV migration and that no further detail, therefore, would be required2. The ECB / Eurosystem in October 2010 recommended that from 2012 onwards, all newly issued cards in should be issued, by default, as 'chip-only' cards (see 'related articles in previous issues' below).

Countries that adopt EMV technology see significant decreases in domestic face-to-face fraud. Cross-border counterfeit card fraud - when a fake card is created by unauthorised third-parties using compromised details from the magnetic stripe of a genuine card - has not always fallen at the same rate. This is due to the ability to use counterfeit cards in regions where the EMV infrastructure has not been implemented. Essentially, the magnetic stripe technology is rather easy to skim and clone, making it the weak link in the global card fraud chain. For EMV to offer a truly global, secure and stable payment framework there is a desire for all countries to migrate to this technology standard.

The strongly supports this notion. In December 2010, it approved the Resolution 'Preventing Card Fraud in a Mature EMV Environment' (see 'related links' below), which seeks to limit the potential impact of an incomplete migration to EMV outside Europe based on the EMV chip-only option. The recommended that card schemes grant card issuers in Europe the option to issue chip-only cards or to allow them to refuse magnetic stripe transactions if they so wish. These options are subject to contractual agreement and due communication with the cardholder. European merchants can opt to accept chip-only card schemes.

A completely global EMV payments card infrastructure is both a realistic and achievable vision. Figures released by EMVCo - the EMV standards body collectively owned by American Express, JCB, MasterCard and Visa - showed 45 percent of all payment cards and 76 percent of all payment terminals in global circulation are based on the EMV standard. The data represents the latest statistics from the EMVCo owners' respective financial institution members worldwide as reported in Q4 2011. This translates to in excess of 1.5 billion EMV payment cards in circulation and 21.9 million EMV terminals active worldwide3.

By creating a truly international and interoperable chip-based payment infrastructure, a variety of risk parameters and cardholder verification methods can be established beyond domestic measures. These work in synchronisation with payment scheme security to reduce global fraud.

What is most compelling about this data is that the figures to date do not yet include the United States (U.S.). The key reason that has been cited is that fraud in the U.S. has not justified the cost to implement the secure chip framework; the motivation from the payments community to invest in the technology has just not been there. This view, however, is starting to alter as other countries, such as neighbouring Canada and Mexico, have opted to implement EMV, leaving the U.S. particularly vulnerable to a new wave of fraudsters looking to exploit non-EMV compliant markets.

In 2011, Visa became the first payment scheme to outline its future U.S. payments vision. In a statement released on 9 August 2011, it highlighted its intent to "accelerate the migration to contact and contactless EMV chip technology in the United States". This included announcing a liability shift deadline of October 2015.

This was followed by an announcement from MasterCard on 30 January 2012, which outlined its roadmap for "... migration from magnetic stripe to EMV technology currently available on "chip" cards, [which] will serve as the foundation for the next generation of products and services developed to enhance the way consumers pay."  On 29 June 2012, American Express stated that it would also "... work alongside other industry participants to drive interoperability across the U.S. and other countries and support chip-based technology for chip and PIN, chip and signature, contactless and mobile transactions."

Of significant note is the positioning of all these statements. Each payment system talks of the value secure chips bring beyond the plastic payment card, using technology such as near-field-communication (NFC). Visa states: "The adoption of dual interface chip technology will help prepare the U.S. payment infrastructure for the arrival of NFC-based mobile payments by building the necessary infrastructure to accept and process chip transactions."

Visa is not alone in highlighting the future value secure chip technology affords the wider marketplace. In MasterCard's statement, Chris McWilton, President, U.S. Markets at MasterCard comments: "We're moving towards a world beyond plastic, where consumers will shop and pay in a way that best fits their needs and lifestyle with a simple tap, click or touch in-store, online or on a mobile device. Our roadmap represents a transformational shift in the approach to payments and is not simply about EMV, chip and PIN. We're focused on readying the ecosystem to drive future innovations and provide new consumer experiences to enhance the value of electronic payments."

Creating a secure EMV infrastructure paves the way for a range of mobile services. This not only includes payment-related contactless transactions, but also payment-enabling, for example redemption of coupons, to deliver value added services (VAS). Many believe it is the ability to provision and manage the lifecycle of VAS that will offer true customer convenience and innovation, which will drive mobile payments and services forward.

There are many benefits that the U.S. will be able to exploit during its migration, for example the size of the country and market naturally means that there will be significant economies of scale. It can also replicate best practice EMV implementations and effectively avoid the complexities faced by other countries. The U.S. can embrace this knowledge to ensure an efficient, effective and successful migration. The payment community in the U.S. is also in a unique position to implement a combined EMV and mobile contactless payments strategy and deployment initiative. This will save considerable time and money, and will see the U.S. consumers benefiting from an advanced, convenient and secure payment framework.

The decision from the payment systems to drive and promote the adoption of EMV in the U.S. signals the end of an era for the magnetic stripe. It demonstrates the global acceptance of EMV technology as the payment infrastructure of choice for today and tomorrow. It is important to remember that due to the stakeholders involved in the payments community and costs of implementing a new infrastructure, this decision to invest is considered and evaluated extensively. The EMV infrastructure will define and support our payment behaviour for many, many years to come.

While the European payment industry can acknowledge this milestone and feel a sense of achievement, it does not view migration to EMV as a closed book and the end of the story. Experts within the marketplace will continue to invest resources and predict long-term technical threats and requirements, as well as commercial needs which will shape the evolution of the payments sector.

Without doubt, the future goes beyond a physical payment environment to a virtual landscape. This view is starting to generate discussions, as is demonstrated with the feedback to the European Commission's Green Paper 'Towards an Integrated European Market for Card, Internet and Mobile Payments' (see 'related links' below). Within this context it is vital that the payments community is able to validate the identity of an individual, and confirm they have the correct authorisation level and approvals to undertake a transaction. This will make electronic identities (e-ID) essential to the next payments revolution. To ensure the most secure and stable infrastructure is created, there will need to be precise, considered and clear guidelines on how physical payment rules will adapt to the virtual environment and, once again, global consistency and commitment to the vision.

This investment in the long-term future of the payments world is essential if Europe wants to continue to be seen as a payments pioneer, and a market that not only embraces new thinking, but sets to achieve maximum financial services efficiencies for future generations.

Sarah Jones is a Director within the secure chip technology PR team at iseepr. Ugo Bechis is the Chair of the Cards Working Group.

European Commission Feedback Statement on its Green Paper 'Towards an Integrated European Market for Card, Internet and Mobile payments'

Time to Prepare the Eulogy - 'Six Feet Under' for the Magnetic Stripe in SEPA ( Newsletter, Issue 10, April 2011)

The Magnetic Stripe: Why it is Hard for Americans to Say Good-Bye ( Newsletter, Issue 10, April 2011)

Europe has nearly completed its migration to EMV payment technology. Over the last year, key payment systems have announced plans to accelerate and drive the adoption of EMV within the United States (U.S.) marketplace. This demonstrates a significant step forward in achieving a global EMV framework. The proliferation of this technology worldwide will establish a uniformed payments ecosystem, which will enable a consistent customer experience as well as ensure the full security benefits of EMV are realised. The implementation of a secure chip payment landscape will also facilitate contactless mobile payments and the many associated services that the chip supports. In this article, Sarah Jones and Ugo Bechis discuss the EMV adoption journey, address why the U.S. decision to implement EMV is so important for other EMV-compliant countries and take a look beyond the plastic cards payment world to a virtual landscape. 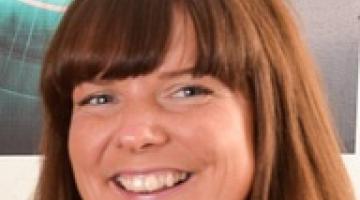 Director within the secure chip technology PR team at iseepr 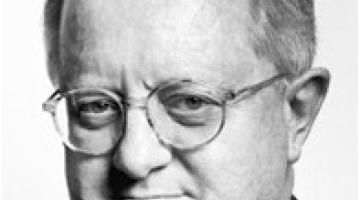