A changing environment for card fraud

Card fraud prevention represents an opportunity to save more than 1.5 billion euro annually for the European card payment industry. This figure does not include all the direct and indirect costs resulting from managing fraud-related issues nor does it reflect the negative impact on the image of the banks.

Elemér Terták, Director Financial Institutions at the European Commission's Directorate-General Internal Market & Services, reminded the participants in his keynote speech that "security is key to maintain users' confidence" and that it is also "important to involve all stakeholders" in processes such as card standardisation and fraud prevention.

Since the inception of its card program, the has identified card fraud prevention as one of its top priorities together with the card standardisation program. The latter, amongst others, aims to establish high levels of security in the area of card payments. The is therefore working together with the other stakeholders on card standardisation in the Cards Stakeholders Group (CSG) created in 2009. The CSG is mandated to progress the Cards Standardisation Volume - Book of Requirements (see link below).

The Card Fraud Prevention Task Force was established in 2003, and from the very beginning included non-bank stakeholders. It was also at that time that the committed to migrate all cards and terminals to chip and PIN based on global EMV standards by the end of 20101. Nearing the completion of this migration, the European market will soon be in a mature chip and PIN environment. Challenges, however, still remain: for example, card fraud using the old magnetic stripe technology outside of has to be addressed and security in the area of e-commerce needs to be improved.

In light of these facts, the is currently working on a new Resolution "Preventing Card Fraud in a Mature CHIP environment" and so decided to organise the Forum in Paris to have in-depth discussions between experts on the subject.

In his welcome address as host of the Forum, Bernard Dutreuil, Director of Means of Payments at the Féderation Bancaire Française, said: "Together with Groupement Cartes Bancaires CB, the FBF is particularly proud to actively contribute to the reduction of card fraud in and to improve card standardisation. In line with the French National Committee conclusions, we underline the importance of the involvement of the Eurosystem in the newly created Council on the card fraud prevention matters".

A wide review of the fraud trends and investments in security

The first day of the Card Fraud Prevention Forum was dedicated to the sharing of information about card fraud in based on the identification of the latest fraud trends and a review of the current investments in security oriented programs.

With regard to observed trends in card fraud the Forum participants shared the following conclusions:

A review of the different investments necessary to secure card transactions highlighted the following:

Many proposals to improve card fraud prevention in

On the second day of the Forum, four important subjects were debated:

1. Card standardisation and migration to chip and PIN at the global level

The participants considered that the priorities should be to:

The Forum generated the following recommendations on this subject:

With regard to data protection, the participants recommended implementation of the following measures:

To this end, the participants agreed on the following proposals:

The participants further agreed that the would update its approach and policy on card fraud prevention and that it would notably amend the current draft of the envisaged Resolution "Preventing Card Fraud in a Mature CHIP Environment" to reflect the valuable proposals brought forth on the occasion of this Card Fraud Prevention Forum.

In his closing remarks, Gerard Hartsink, Chairman of the , said: "I am very satisfied that the could organise such an open and fruitful debate on improving card security in Europe. This topic of fraud prevention ranks very high on our agenda and we are determined to address it together with the card payment stakeholders in order to combine our forces ... and beat the fraudsters!"

Cédric Sarazin is the Chairman of the Card Fraud Prevention Task Force.

Standardisation is Key. Focus on security requirements and a European certification framework

New Business Opportunities with Chip and PIN. How to create added value based on EMV technology

1The 's Cards Framework (SCF) recognises the EMV standard for -wide acceptance of payments with cards at very high levels of security. EMV is an industry standard to implement chip and PIN security for card transactions.

2EMV liability shifts are interbank scheme rules which put the financial responsibility in case of fraud on the party which did not invest in the EMV chip card or terminal.

6Wallets or virtual cards are small pieces of software provided by the card issuer to the cardholder who can generate dynamic card transaction data usable only for a given transaction or within certain limits.

7The CVx2 is a set of 3 or 4 numbers printed on the back of the cards which are requested from the cardholder when he does a transaction on the internet or over the phone. These numbers not being present in magnetic stripe or chip transaction data, if the CVx2 were mandated for all card-not-present transactions, this would stop fraudsters who capture data in a card-present environment and make fraudulent payments in card-not-present environments with it.

In June 2010, more than 100 delegates convened in Paris for the two-day Card Fraud Prevention Forum to debate the current trends in card fraud, identify appropriate countermeasures and assess necessary investments in the field of card security. The Forum was sponsored by the Féderation Bancaire Française (FBF) and the Groupement Cartes Bancaires (CB). Thirty speakers from twelve countries and nine international organisations, including the European Commission and the European Central Bank (ECB), carried out an exhaustive review of current challenges and actions required by the , the industry and / or regulators in response to these challenges. Participants included members, merchants, vendors, law enforcement and other public authorities, processors and card schemes. This Forum and its ensuing resolutions demonstrate that the is more than ever at the forefront of card fraud prevention in . 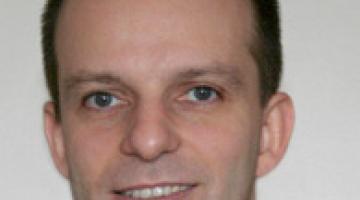