The EPC Publishes its Proposal for the Design of an Instant Credit Tra...

The EPC Publishes its Proposal for the Design of an Instant Credit Transfer Scheme: a Major Step in the Development of Pan-European Instant Payments in Euro 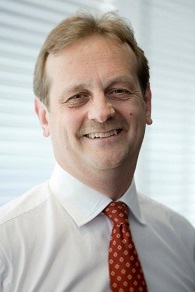 Instant, faster, immediate, real-time payments… These buzzy names all refer to transactions processed in a few seconds, and which are the centre of attention of the payment community around the world, from traditional banks to innovative fintech startups. Being able to execute instant credit transfers in the Single Euro Payments Area ( ) – both domestic and cross-border - is becoming more and more concrete. 26 November 2015 is an important milestone for instant payments in Europe. Indeed, the proposal for the design of a instant credit transfer ( ) scheme was submitted on that day to the Euro Retail Payments Board ( ), and approved. In this blog, Anthony Richter, Chair of the European Payments Council ( ) ad hoc task force on instant payments, highlights the major features of this budding scheme, as well as the next steps to make it a reality.

An innovative pan-European payment scheme meeting market needs, in line with the digitalisation of the economy

The digitalisation of our economy, with the spread of smartphones and of electronic commerce, entails a general acceleration of payments. Consumers expect to pay for – and receive – their internet purchases as fast as possible, while suppliers wish to be certain to receive the funds as soon as they sell their goods and services. Instant payments are already a reality in many countries around the world. In , some countries – the UK and Denmark for instance - have successfully launched domestic instant payment solutions. To avoid a fragmentation of solutions, which would be prejudicial to the harmonisation of electronic payments that the European Union, and the , have striven for during the last thirteen years, the has called for a pan-European solution.

In its December 2014 meeting, this high-level body chaired by the European Central Bank, has defined instant payments as “electronic retail payment solutions available 24/7/365 and resulting in the immediate or close-to-immediate interbank clearing of the transaction and crediting of the payee’s account with confirmation to the payer (within seconds of payment initiation). This is irrespective of the underlying payment instrument used (credit transfer, direct debit or payment card) and of the underlying arrangements for clearing (whether bilateral interbank clearing or clearing via infrastructures) and settlement (e.g. with guarantees or in real time) that make this possible.”

The made a first contribution to the debate on pan-European instant payments in euro by submitting in June 2015 to the a report, including its recommendation for the creation of a instant credit transfer scheme. The welcomed this report and asked the to go further, by presenting a proposal for the design of an instant payment scheme. This proposal has been submitted to the and approved at its 26 November meeting.

The proposal for the design of an scheme covers the general features of this future scheme. It will be based on the credit transfer payment instrument, for transactions in euro throughout countries. In order to make it as cost-efficient as possible for the scheme participants, it will have, where possible, the same foundations as the existing Credit Transfer scheme (use of same business rules, datasets, attributes and exception handling).

This future scheme will be optional: all account servicing Payment Service Providers incorporated or licensed in any country will be allowed to adhere to it.

Detailed features of the scheme, such as exceptions and disruptions of the transaction, will be outlined in the rulebook.

In order to achieve the immediate availability of funds in case of instant payment orders, and to satisfy end-user expectations, a maximum allowed number of seconds needs to be defined. The will determine this threshold, in close dialogue with payment stakeholders, by early 2016.

The will also further investigate anti-money laundering (AML) obligations, and more specifically, the moment when AML checks are executed. Whether this check is done during or after the processing of the instant payment can influence the duration of the transaction and, therefore, lead to rejects if the transaction lasts more than the maximum number of seconds that still needs to be defined.

Among other major issues that still need to be resolved, is the definition of the maximum amount per transaction. The , as scheme owner and manager, will carry out a comprehensive risk-assessment of the scheme.

The has invited the to proceed with the development of an scheme on the basis of its proposal. The will now address the remaining open issues and then start developing the Rulebook and Implementation Guidelines. Actions under the responsibility of other parties are expected to be carried out in parallel.

The plans to release the draft Rulebook and Implementation Guidelines by the summer of 2016. It will be followed by a three-month public consultation. The target date for the publication of these items would, therefore, be November 2016. The scheme could then come into force one year after (i.e. in November 2017), allowing time for scheme participants to implement the needed changes in their organisations.

The scheme is an important milestone for the , since the last scheme was launched in 2009. It is also a turning point for the European payment community. We are looking forward to the support of all relevant technical players to implement the first regional instant payment scheme in the world, responding to the expectations of various groups of payment service users.

EPC Press release: The European Payments Council publishes its proposal for the design of a pan-European instant credit transfer scheme