The European Commission published the long awaited final Regulatory Technical Standards ( ) on strong customer authentication ( ) and common and secure open standards of communication, on 27 November 2017. These , initially drafted by the European Banking Authority ( ), are instrumental in the application of the revised Payment Services Directive ( ).

Among other things, they explain how third party payment service providers ( ) can access customers’ payment accounts to facilitate their payments, and further describe the rules of . If you need a reminder of the objectives and vocabulary of , do not miss our infographic  deciphering this complex directive.

As a next step, the European Parliament and the European Council have three months to scrutinise the final , which will then be published in the Official Journal of the European Union. The are expected to become applicable around September 2019.

A lot of diverging opinions emerged during the creation of the , and uncertainties remain. To shed some light on the blur areas of the , we asked Scott McInnes from the law firm Bird & Bird LLP to outline the key aspects of the final and what may happen regarding the unclarities of the text.

Q. What are the main changes between the version of the on and common and secure open standards of communication published by the Commission in November 2017, and the final draft released by the in February 2017?

As regards the topics of getting access to payment accounts, one of the main changes introduced by the Commission is the fact that will still be able to use ‘screen scraping’ as a fallback option – which was not foreseen in the 's draft. Indeed, the Commission decided in favour of the following regime for access:

As regards the topic of , the main change is the addition of an exemption for "secure corporate payment processes and protocols" (Article 17 of the final ), which is available when (1) the payment is initiated by a legal person (i.e. not a consumer), (2) the payment goes though "dedicated payment processes or protocols", and (3) the national regulator is satisfied that those processes or protocols guarantee at least equivalent levels of security as . In addition, the Commission clarified that the requirements do not apply to anonymous payment instruments.

Q. Do you still see some uncertainties and unclarities in the latest text of the as published by the European Commission in November?

Yes, there remain a lot of uncertainty/unclarity in the – both in relation to the topic of access to payments accounts as well as . As regards access, for example:

Also, isn't there a risk that different national regulators will apply different standards of review to validate the ?

As regards , a lot of questions remain open there too. Here are a few examples:

Q. will enter into force on 13 January 2018. However, the entry into force of the is foreseen around September 2019. They are instrumental in the implementation by all stakeholders. What are the regime applicable and the challenges during this transitory period?

All provisions of (including the requirement for banks to give access to payment accounts to ) become applicable in a given European Economic Area ( ) country when the national law implementing becomes applicable – with essentially two exceptions:

1: If a bank decides not to provide an to , then can continue to access payments accounts through screen scraping.

2: Some intelligence coming from the Commission seems to suggest that it is not the Commission's intention to impose an outright ban on an working on the basis of a re-direct, but that a case-by-case assessment is required to determine if the bank has put in place ‘obstacles’ for the . To be continued…

3: Article 66(3)(b) states that "The [PISP] shall […] ensure that the personalised security credentials of the payment service user are […] transmitted by the [PISP] through safe and efficient channels". Article 67(2)(b) states that "The [AISP] shall […] ensure that […] when [the personalised security credentials] are transmitted by the [AISP], this is done through safe and efficient channels".

4: A letter sent by Commissioner Dombrovskis to the E-Commerce Europe on 25 October 2017 would seem to support the possibility for acquirer to separate their merchants in various groups: "From the contacts that the Commission had with the banking industry, it appeared that the acquiring banks would – certainly for major merchants – assess fraud risks for individual merchants rather than on a portfolio basis. This would allow merchants to continue to carry out transaction risk analysis". Should the fact that the Commissioner does not raise any issues with such practice be interpreted as consent that this practice is acceptable under the ?

5: Paragraph 24, page 10: "The concurs with the views expressed by these respondents and has made it clearer in the that both payees’ and payers’ could trigger such an exemption under their own and exclusive responsibility but with the payer’s having the final say".

6: Article 115(5) provides that "Member States shall not forbid legal persons that have performed in their territories, before 12 January 2016, activities of [PISP] and [AISP] within the meaning of this Directive, to continue to perform the same activities in their territories during the transitional period … in accordance with the currently applicable regulatory framework."

7: Through screen scraping, the PISP would be having access to "data other than those necessary to provide the [ ]" (Article 66(3)(f)), and the AISP would potentially have access to information that is related to accounts that do not qualify as payment accounts (Article 67(2)(d)). 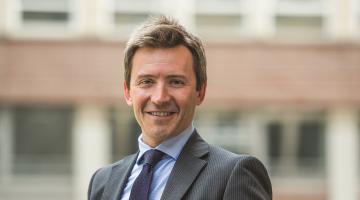 Scott McInnes is a Partner at the law firm Bird & Bird LLP, where he specialises in the payments sector – both from a regulatory and competition law point of view.
Scott has close to 15 years' experience, and is considered one of the leading experts regarding the regulatory and competition law aspects of payments in Europe.
Scott advises card schemes, payments services providers (e.g. issuers and acquirers), fintechs, large (online) merchants, as well as various stakeholders in the payments value chain.