will become a reality when a critical mass of euro payments has migrated from legacy payment instruments to the new payment instruments. This development is contingent upon key customer communities such as public administrations and the business community embracing the vision and implementing the necessary changes in-house. It is expected that eventually all users of payments services will migrate to the new instruments.

According to the Indicators compiled by the European Central Bank, in November 2008 (latest data available), the share of Credit Transfers as a percentage of the total volume of credit transfers generated by bank customers amounted to about 1.8 per cent. The ECB Indicators are publicly accessible at http://www.ecb.int/paym/sepa/timeline/use/html/index.en.html. A figure of 100 per cent would indicate that only services are used and have fully replaced the non- instruments.

The ECB Indicators are based on aggregated data provided by clearing and settlement infrastructures in the euro area processing transactions. These data exclude transactions sent for example via links between infrastructures to avoid double-counting. The data also exclude "on-us" transactions ( credit transfers between accounts at the same bank) as well as transactions cleared between banks bilaterally or via correspondent banking.

for Cards: tracking migration to EMV

Good progress is being made in the realisation of a for cards. The latter's aim is to enable a consistent customer experience when making or accepting payments with cards. The 's Cards Framework (SCF)outlines high level principles and rules that when implemented by banks and card schemes will deliver this consistent experience.The SCF recognises the EMV standard as the technology platform for Europe-wide acceptance of payments with cards at very high levels of security. EMV stands for Europay MasterCard Visa programme to implement CHIP and PIN security for card transactions.

An important indicator on the progress in this area is the number of cards, POS (points of sale: terminals at retailers' check outs) and ATMs  now in the market that require the use of PIN and CHIP for the authorisation of a card payment. More specifically, the percentage of so called EMV-compliant cards, POS and ATMs is monitored. At the end of 2008, 63.83 per cent of cards in are EMV-compliant; 71.14 percent of POS are EMV-compliant and 88.07 per cent of ATMs are EMV-compliant (source: Cards Working Group). Note that the entire cards payments infrastructure including the bank cards themselves are provided for by the supply side, e.g. banks and service providers operating in the cards market.

The score board: monitoring   progress by public administrations

The public sector is a prime economic actor and is responsible for as much as 50 per cent of the GDP in the euro area and accounts for up to 20 per cent of cashless payments made in society. Moving this volume to the instruments would significantly contribute to creating critical mass and trigger the adoption of instruments by others, such as corporates and consumers. The engagement of the public sector is indispensable. As Commissioner Charly McCreevy points out in this newsletter, public administrations in countries such as Belgium, Finland and France are making good progress and are committed to early migration. Such demonstrated commitment by the public sector, however, remains quite the exception at this point.

The European Commission plans to publish the results of its survey on preparedness and migration by public administrations as part of its progress report on the state of migration, which is due to be adopted by the ECOFIN Council in early 2009. The Newsletter will report on the findings of this survey.

To promote implementation, the European Commission and the European Central Bank are jointly developing a Action Plan. A first proposal of this Action Plan envisages the regular publication of a score board assessing the progress achieved by national public administrations in their migration to . When such a score board will be publicly available, it will be featured in the Market Uptake Reports provided in the Newsletter.

To facilitate migration of customers to the Direct Debit Scheme, it is imperative that mandates existing today can be used under the scheme, even if these do not incidentally meet all the requirements of the mandate. Since existing mandates in the different countries vary considerably, in each country a user-friendly and legally sound means of mandate migration has to be found. Where necessary, Member States must implement legislative solutions to ensure the continued legal validity of existing mandates under the Direct Debit Scheme. The next issue of the Newsletter to be published in April 2009 will provide an overview of Member States allowing mandate migration. Providing such solutions is also a prime indicator of the level of commitment to the success of demonstrated by national governments.

Availability of information on IBAN and BIC

IBAN (International Bank Account Number) and BIC (Bank Identifier Code) will be the only permissible account and bank identifiers for transactions. Whereas until now IBAN and BIC have been used only for cross-border payments in most countries, with they apply to national payments as well. market uptake therefore requires easily available information on IBAN and BIC of business partners and public administrations to whom payments are made. invites organisations representing bank customers and public authorities to ensure that individual businesses and government entities feature related information prominently on web sites and stationary. The is monitoring the steps taken by businesses and public administrations to allow for easy access to the account identifiers. The next Newsletter will report the results of these monitoring activities.

To realise the vision, the buy-in of all stakeholders, particularly in the euro area, is required. The provides information material designed to facilitate the creation of dedicated implementation teams at the level of individual companies and public administrations (see the article "New EPC Publications available" in this newsletter). Putting in place specific implementation plans on the side of bank customers is a necessary prerequisite to raise transaction volume. Also, the advocates a host of measures to be implemented in particular by the political drivers of the initiative to facilitate the migration of customers to the new instruments (see the article "Bring the Prophet to the Mountain" in the Focus section). To put the current rate of market uptake into perspective, see the article "Cheer up: SEPA is on Track and open for Business" in this newsletter.

As regards implementation, this is the time to walk the walk rather than to talk the talk. Enabling all parties concerned including the business community, public administrations, banks and the political drivers of the initiative to monitor the progress of roll-out, the Newsletter provides the latest data available on the subject. Going forward, the Newsletter will also report on the availability of related support mechanisms such as solutions for the use of existing direct debit mandates under the new Direct Debit Scheme and campaigns promoting the adoption of IBAN (International Bank Account Number) and BIC (Bank Identifier Code), the only permissible account identifiers. The bottomline at this point is: Apart from the demonstrated commitment of banks, there remains plenty of room for improvement regarding uptake in most other areas. 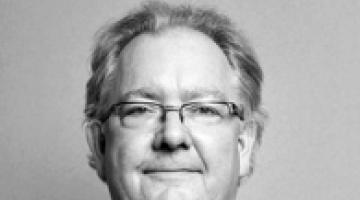