The Future of Payments: Markers for Success

The Future of Payments: Markers for Success

Payments is a business with high inertia and strong network effects. In such industries, the marginally better customer propositions of new entrants usually lose ground to those of incumbents that already enjoy broad acceptance. As the now ubiquitous QWERTY1 keyboard illustrates, consumers grow comfortable with secure, reliable and relatively commonplace mechanisms, despite any drawbacks they may have, and payments systems are no exception. Consequently, consumers are reluctant to adopt new technologies - though they may offer advantages for other stakeholders - if the value for them is unclear or unappreciated. An excellent example of this dynamic is contactless cards, which allow buyers to wave their cards near enabled point-of-sale terminals instead of swiping them. While the benefits may be clear for issuers, networks and merchants, their advantages over swipe or chip cards (with which consumers are already comfortable) is marginal, and hardly sufficient to induce a meaningful shift in behaviour. On the other hand, in unsecured consumer credit, new entrants such as Ferratum Group and Wonga in Europe have seen success in providing consumers with immediate and convenient access to microloans through online and mobile channels, despite higher interest rates.

As noted above, new payments mechanisms that generate cost savings for merchants, regardless of the amount, will probably not gain broad consumer acceptance on those merits alone. Consumers generally do not appreciate how much a decrease of a few basis points might reduce the merchants' - and, ultimately, their own - costs; similarly, they have little concern about merchants' ability to shave microseconds from cash register transaction times. This hardly means that cost-based propositions are irrelevant; only that success may also require delivering customer value that is functionally a step above current alternatives. In the United States (US), for example, Starbucks consumers can register their pre-paid Starbucks cards online to receive free drinks, add-ons and promotions. Consumers can also download a Starbucks mobile application that enables them to pay with their registered cards using a quick-response matrix barcode on their smartphones. These approaches enable the company to guide its customers toward its preferred payment option by using economic and operational benefits, while also adding meaningful value for consumers.

It is generally advantageous for developers of new payments systems to target niche market segments, where acquisition costs are lower, before driving for broad penetration. Grandiose attempts to transform the global payments industry will likely lead to slow (and occasionally spectacular) failure. Globally, more than 400 payments start-ups came and went during the dot-com boom ten years ago; fewer than five managed to survive. One of these survivors, PayPal, early on tethered itself to the e-commerce giant eBay, for whom a unique payment mode with superior risk management was critical to its success. In fact, PayPal displaced eBay's own payment solution, eventually becoming the principal way to pay on eBay. The cost of customer acquisition during PayPal's early growth, then, was essentially subsidised by eBay. This was a critical strategy for building PayPal's user base cost-effectively and gaining significant scale. eBay sales remain a significant contributor to PayPal's business today. By contrast, many rapid national introductions of pre-paid e-purses in European countries did not lead to success. In fact, after incurring high rollout costs most European e-purse programs have been discontinued.

The high fixed cost of building a reliable, secure, ubiquitous and convenient payments infrastructure can be an insurmountable barrier to entry. Most successful payments solutions are therefore designed to leverage existing infrastructures. This pattern tends to hold true for most markets and applications around the world, whether applied to online payment modes in the US that leverage automated clearing house infrastructure, parking payment systems in Europe that use short message service (SMS) capabilities, or open-loop prepaid cards elsewhere. A good example is Alipay, a large payments platform that facilitates cross-border online transactions in China and partners with Chinese banks for clearing and settlement. While the leveraging of established infrastructure is frequently a necessity, it is not a guarantee of success (as noted above on the limitations of cost-based value propositions alone).

The payments industry varies significantly from one market to another, chiefly because of differences in regulations, technology standards, consumer preferences and the relevance of established payment modes. Players that succeed in one market often risk failure by applying the same models in other markets, especially those that are in a different stage of evolution. Success usually requires that market entrants modify their business models to reflect marketplace differences. For example, mobile payments approaches such as in-aisle shopping comparison and purchasing draw customers in developed markets where smartphone penetration is high and growing; this approach might be less successful in emerging markets, where feature phones or SMS-based technology prevail. In these markets, applications could enable unbanked consumers to pay their utility bills or receive government payments via mobile phones.

Regulatory and technological disruptions will likely prompt an increase in business propositions that actually sacrifice payments economics in favor of generating greater value elsewhere. An example of this is Walmart's MoneyCard. In the US, Walmart is a sizable and growing player in alternative financial services, offering consumers core services at lower prices. The MoneyCard provides open-loop prepaid capabilities with pricing that is consistent with the company's established commitment to being a low-priced leader. In this case, MoneyCard's link to the company's core retail business is a key part of the business model. When consumers cash their paychecks and replenish their MoneyCard balances at Walmart's in-store MoneyCenters they typically spend part of those higher balances before they leave.

More likely than not, we will see a continuing emergence of business models that sacrifice payments economics in various ways. Many issuers have access to adjacent profit pools such as search, couponing, mobile applications and loyalty management programs that are closely tied to payment mechanisms themselves. A catalyst for this type of change could be new business models that we now see emerging to improve the mobile commerce experience. Their focus ranges from demand generation to post-transaction loyalty management. Mobile-enabled consumer behavior shifts would bring new and difficult challenges for industry incumbents, partly because it is generally easier to compete with industry entrants than with well-established rivals who use their payments products as loss leaders.

The six markers for success defined here can serve not only as reliable markers to guide incumbents as they evolve their business strategies and create new value propositions, but also to guide those entrants eager to tilt at the payments windmill and compete with the incumbents.

The 2013 Euro Payments Outlook: Communication by the European Commission on its Vision for SEPA 2.0 Remains Pending. Reflections on the merit of European Union regulatory action aimed at promoting integration, competition and innovation

Innovation in Progress: Harmonised SEPA Cards Standards Requirements Expected to be Ready for Market Implementation by the Start of 2014. Cards Stakeholders Group will release the next generation SEPA cards standards requirements for public consultation in 2013

On Innovation: What the European Union Could Learn from Apple and Facebook. Reflections on the evolution of SEPA in the new regulatory reality governing the euro payments market ( Newsletter, Issue 14, April 2012)

The Economy of Standards: the 'Pros' and 'Cons' of Standards Competition. An introduction to a comprehensive qualitative efficiency comparison using the example of payment cards ( Newsletter, Issue 12, October 2011)

Innovacompegration (This is Not a Typo). Reflections on the best approach to innovation, integration and competition in payments ( Newsletter, Issue 10, April 2011)

1 QWERTY is the most common modern-day keyboard layout. The name comes from the first six letters (keys) appearing in the top left letter row of the keyboard, read left to right: Q-W-E-R-T-Y. It became popular with the success of the Remington No. 2 of 1878, and remains in use on electronic keyboards due to the network effect of a standard layout and a belief that alternatives fail to provide very significant advantages. The use and adoption of the QWERTY keyboard is often viewed as one of the most important case studies in open standards because of the widespread, collective adoption and use of the product. (Wikipedia).

The Newsletter regularly features contributions from leading experts in the field commenting on the factors that drive innovation in payments, based on latest market, central bank and academic research. In this article, Monica Adractas, Wouter De Ploey, Dan Ewing and Kausik Rajgopal of McKinsey & Company introduce six markers that payments incumbents and newcomers alike can use to define positioning and strategies for successful innovation. They can help incumbents adapt current value propositions (or create more defensible ones) and guide industry entrants in their efforts to make sustainable inroads. The authors state: "Each of these markers is anchored in our beliefs about the enduring nature of the payments business, as well as in our thinking about current industry disruptions. The six markers for success defined here can serve not only as reliable markers to guide incumbents as they evolve their business strategies and create new value propositions, but also to guide those entrants eager to tilt at the payments windmill." 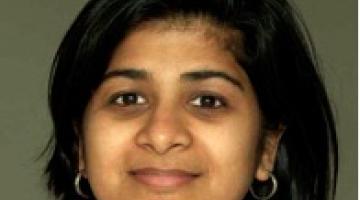 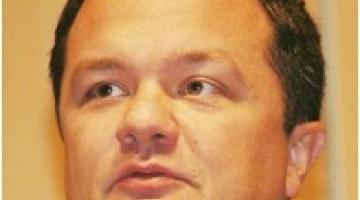 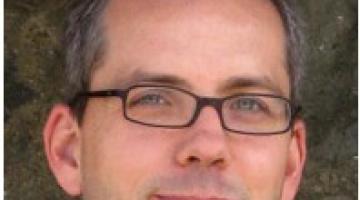 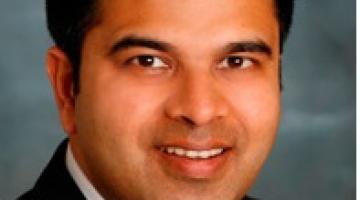 Related Articles
EPC Plenary Meeting Update
Innovation in Progress: Harmonised SEPA Cards Standardisation Requirements Expected to be Ready for Market Implementation by the Start of 2014
Cross-border Remittance Transfers: Why the European Union Should Care About Dodd Frank
There is Only Plan A: Get Ready for SEPA by 1 February 2014 in the Euro Area!
Data Exchange for Cash Services: Borderless Communication
Electrabel GDF Suez: “We Are Delighted to Offer Our Customers SEPA Direct Debit Services!”
The 2013 Euro Payments Outlook: Communication by the European Commission on its Vision for SEPA 2.0 Remains Pending
EPC Addresses Operational Aspects Relevant to Payment Service Providers Participating in the SCT and SDD Schemes
SCT and SDD: the Next Generation Rulebooks Will be Published in November 2014 to Take Effect in November 2015
Latest Insights
TPPs: latest views on PSD2 implementation
PSD2 implementation: challenges for ASPSPs
What’s next for RTP?
Greece’s steady progress towards a cashless society