The scope of the CSG

for cards will be achieved to the greatest extent possible through the use of open and free standards, available to all parties within the card payment value chain. The primary objective of the CSG is to contribute to the maintenance and evolution of standards for Cards by analysing proposals for standardisation and defining formal positions and proposing standards for integration in the Cards Standardisation Volume of the . The Volume defines the functional and security requirements as well as the target evaluation methodology and certification architecture that are recommended by the to ensure interoperability within the for Cards market (a link to the Volume is provided below), In addition, the CSG will organise the Cards Stakeholder Forum.

The Cards Stakeholder Forum will continue to be organised about twice a year as a general information forum open to any interested stakeholder.

The CSG will be an open forum held twice a year where CSG members, associate members and interested market participants can exchange views.

Composition of the CSG

The CSG is part of the structure but not an independent legal entity. It is supported by the Secretariat but should define its own rules for governance and daily functioning. Members will be either legally registered entities or de-facto entities that are strongly present in card related services in at least one country. Members will represent the following stakeholder communities: the retail sector, the vendor sector (manufacturing of cards, payment devices and related IT systems), the card transaction processing sector, card schemes and the banking industry (proposed by the ). Members will be appointed for a 2 year, renewable term. Associate Members are parties involved in CSG that will allow non-members to be informed of and contribute to CSG activities. It is recommended that in addition to international standardisation organisations relevant to for Cards (e.g. EMVco, PCI SSC, ISO WG9, etc.), the ECB and the European Commission are invited as observers.

High level Terms of Reference (ToR) have been defined in such a way that a call for candidates can be issued in July 2009 with a view to scheduling the first CSG meeting in September 2009. It is assumed that membership criteria and the seats will be confirmed by the CSG itself and that the ToR will be refined and proposed to the Plenary in September 2009.

In July 2009, the Secretariat will issue a call for candidates for membership in the CSG. Candidates will be asked to send in their applications by end August 2009. This call will be posted on the website and sent by e-mail to all regular participants in the Cards Stakeholders Forum and respondents to the consultation on the Standardisation Volume, provided they fall into the defined Stakeholder categories.

Claude Brun is the Chair of the Cards Working Group.

The is carrying out a cards standardisation programme designed to remove any technical obstacles preventing a consistent customer experience throughout the cards market. In addition to banks, there are a large number of stakeholders in the card payments value chain (retailers, manufacturers, processors, schemes, certification laboratories and authorities, etc.) who should be involved in standardisation work. The establishment of a representative and efficient group of stakeholders, the Cards Stakeholders Group (CSG), would not only allow the to pre-emptively respond to expectations from both stakeholders and authorities, but would also ensure a strong co-management in the cards domain for the necessary standards and best practices for the Cards market. It is the intent to establish the CSG during Q3 and Q4 2009, so that a first maintenance of the Cards Standardisation Volume can be completed with CSG support in the second half of the year. Claude Brun reports on the objectives and composition of the CSG. 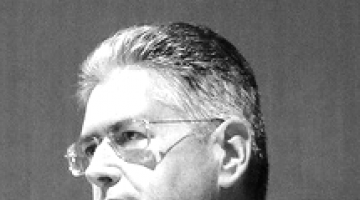 Related Articles
Rock the Vote
Early Adopters: move ahead
Update EPC Plenary Meetings
Bring in the Fun!
It’s all Greek to You?
Just a Click away***
Light at the End of the Tunnel
Public Administrations do not fully meet Expectations - yet
Yes, we can - Part I
Home sweet Home or Global Village?
Facing the Facts in July 2009
The silent Revolution
Improving the Bottom Line
Take Payments to the next Level
Joint Action
Open for Business
Latest Insights
TPPs: latest views on PSD2 implementation
PSD2 implementation: challenges for ASPSPs
What’s next for RTP?
Greece’s steady progress towards a cashless society