Banks and other payment service providers are taking cover from an avalanche of regulation following the financial crisis of 2008. The European authorities have launched dozens of legislative and regulatory initiatives, many of which affect the payments and cash management space, a selection of which is set out in the table below.

The table does not include national proposals or non-European level initiatives such as the revision by the Committee on Payment and Settlement Systems (CPSS) of their Core Principles for Systemically Important Payment Systems. The CPSS is a sister-committee of the Basel Committee, tasked with promoting sound and efficient payment and settlement systems, and its ten 'Core Principles' set out the basic regulatory framework for payment systems world-wide.

The list goes on and there is a great deal for banks to think about.

In this article we take a look outside the - but not outside the geographical boundaries of - where, over the border in Basel, the new post-crisis capital requirements for banks have been developed. The consolidated 'Basel III' text was published by the Basel Committee on Banking Supervision on 16 December 2010, and contains important provisions which will affect banks that provide access to payment systems for their clients or other settlement-related facilities.

Everybody knows that 'Basel III' represents a big shake-up of the way bank capital is calculated, but little emphasis has yet been placed on the impact on transaction services businesses. Banks active in providing payment services typically provide short-term liquidity to their clients, usually in connection with access to clearing and settlement mechanisms. For example, a client wanting to participate in a payment system may need to have standby liquidity to cover time-gaps between cash outflows and cash inflows. The bank which provides an agency service enabling that client to have access to the payment system may therefore provide an uncommitted credit facility to give the client the liquidity it needs. These facilities oil the wheels of the financial system.

Historically, they have not caused banks particular difficulty from a regulatory capital perspective, because a commitment which is 'unconditionally cancellable at any time without notice' is zero-weighted for computation of risk-weighted assets under 'Basel II' for standardised banks, and banks allowed to calculate capital on the more sophisticated internal-ratings basis will likely take a similar view as to the appropriate risk weighting. See below for how 'risk-weighting' works.

'Basel III' is going to change that. 'Basel III' introduces new regulatory metrics to sit alongside the old risk-weighted-asset regime. These are the 'liquidity coverage ratio' (LCR) and the 'net stable funding ratio' (NSFR), which both measure liquidity, and the 'leverage ratio', which is a very blunt comparison of capital to lending. All three metrics operate in a way which discourages banks from entering into commitments in the context of clearing and settlement services.

The LCR requires banks to look at cash inflows and cash outflows over a 30-day timeframe in scenarios where the markets are under stress. LCR works by measuring the net cash outflow experienced by a bank, and says that banks have to cover the expected outflow by having to hand readily-liquidated assets such as government bonds. Banks will thus need to tie up valuable collateral whenever they enter into a facility which the regulator thinks will lead to cash flowing out of the bank in stressed conditions. National supervisors will be expected to consider whether uncommitted liquidity lines will be drawn on under the assumed stress events, and if so to factor that into the LCR calculation. Furthermore, where a bank provides clearing, custody or cash management relationships in which the customer is reliant on the bank to perform these services, the LCR calculations assume that 25 percent of any associated deposits will be withdrawn during the period of stress. Furthermore, national banking supervisors (and, at European level, the amendments to the Capital Requirements Directive) may impose more stringent liquidity management standards in relation to other contingent funding liabilities.

The NSFR looks at the ratio of stable funding compared to the regulator's view of what is required. NSFR works by comparing the assets of the bank (which will consist largely of the loans made by the bank) with the bank's sources of funding. Longer-term assets will need to be supported by more stable sources of funding such as retail deposits. Where a bank has provided an unconditionally revocable credit line - an uncommitted line - national banking supervisors will also be able to specify a requirement for stable funding to support the credit line. Banks which fund their activities from a mixture of sources may need to commit precious retail funding to support clearing and settlement services provided to non-retail customers.

The leverage ratio is a simple comparison of the bank's capital and the bank's assets - as with all businesses, the idea is to make sure that the bank is not doing too much business with too little capital. But some things which are not technically 'assets', such as undrawn lending facilities, are treated as if they had been drawn but 'weighted' to reflect their undrawn nature. Unconditionally, cancellable commitments will not be zero-weighted for the purposes of calculating the leverage ratio, as they have historically been for the calculation of risk-weighted-asset capital requirements under 'Basel I' and 'Basel II'. Instead they are weighted at 10 percent, requiring an allocation of regulatory capital.

Changes in the risk-weighting system

In addition to these three new measures, there is a change to the risk-weighting system which will make it more costly in terms of regulatory capital for banks to be exposed to other large financial institutions, such as other banks. Risk-weighting is at the heart of 'Basel I' and 'Basel II', and works as a more sophisticated version of the leverage ratio idea. Each asset of the bank is 'risk-weighted' according to the likelihood of default by the borrower to whom the bank lent its money - and the bank must hold more capital to provide against the riskier assets. The change which 'Basel III' will make is that a 'multiplier' of 1.25 will be factored into the highly-involved equation under which banks must calculate regulatory capital, whenever they have lent money to another regulated financial institution whose total assets are greater than or equal to US $100 billion. Some experts believe this will increase the 'risk weighting' of exposures to large financial institutions by 20 to 30 percent. Higher capital requirements means that the bank would generate a smaller return for each shareholder unless it increases its income. As much payments activity takes place in the interbank market, the cost of using intermediaries - for example, using a 'nostro' bank to enable access to foreign markets - seems likely to rise to compensate.

These developments make the provision of 'wholesale banking services less attractive. Where this might lead is difficult to predict, but one possible outcome is that banks which do not have easy access to retail deposits and liquid collateral will find it necessary to increase the costs of services.

Dermot Turing is a Partner in the international financial regulatory team at Clifford Chance.

'Basel III' document published by the Basel Committee on Banking Supervision on 16 December 2010:

The King is Dead, Long Live the King. The EPC Repeals the Convention for Cross-border Payments in Euros and the Interbank Charging Principles (ICP) Convention.

Reaping the Benefits of Electronic Invoicing for Europe. A summary of the European Commission Communication issued in December 2010.

The post-crisis financial sector reforms carried out at European Union ( ) level will have a major impact on payment service providers. Future editions of this newsletter will feature additional detailed analysis of financial reform legislation affecting payments and cash management services.

This article provides an overview of related legislation now in the pipeline and comments, specifically, on the revised prudential framework which has been settled by the Basel Committee of Banking Supervision. The impact of the 'Basel III' reforms on the payment services sector needs careful thought, as the new metrics for liquidity, leverage and stable funding will all affect the kind of services which payments banks make available, as will the new risk-weighting regime for exposures to large financial institutions. Dermot Turing, Partner in the international financial regulatory team at Clifford Chance, takes a look. 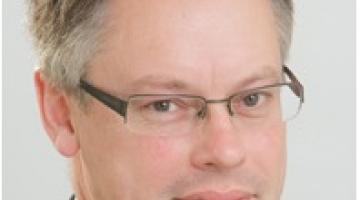 Related Articles
SEPA Scheme Change Management 2011 - Call to Stakeholders
Update EPC Plenary Meetings
Your Points of View
Work in Progress
Building a Single Market for e-Commerce Payments***
The King is Dead, Long Live the King
Reaping the Benefits of Electronic Invoicing for Europe
Facing the Facts in January 2011
More Market Integration
The Good, the Bad, the Ugly and a Knight in Shining Armour?
The Breakthrough for SEPA?
Best of Class: the Netherlands
How to Migrate to SEPA
Latest Insights
Bizum: The Spanish instant mobile payment solution
The payment landscape of Luxembourg
TPPs: latest views on PSD2 implementation
PSD2 implementation: challenges for ASPSPs