How to Migrate to SEPA

How to Migrate to SEPA

Experience in Belgium: what works and what is difficult?

The natural environment of Belgium: a small country with a highly concentrated banking sector

There are a number of factors facilitating migration in Belgium. To begin with, although there are around 100 banks in the country, four take around 80 percent of the payment industry market share. Some 15 other banks are relatively active in the payments area with smaller volumes and about 80 banks are less concerned with the payments industry, specialising in specific niche business sectors. Other stakeholders within this community are also well organised and easy to reach.

Regardless of their size or focus area, all banks participate in one, well organised federation, which has created all the necessary, basic banking standards for payments (www.febelfin.be). Organising consultations between banks in this environment is easier compared to a larger country with wide-spread and different banking networks.

Banks, supported by the National Bank of Belgium, develop the interbank migration, while the central bank organises the national Committee supported by the banks. The banking federation and the central bank each have their own, well defined mandate and support each other whenever possible. For example, a central bank representative acts as observer/chairman or secretary depending on the group/committee within the banking federation. The bridge between the two forums is monitored by the Program Officer. In practice, a straightforward cooperation successfully serves both parties.

The cooperation is further strengthened by the fact that the Automated Clearing House (ACH) is run by the central bank on behalf of the banks. This obliges the central bank to implement all technical requirements in its own technical infrastructure and to follow closely all technical updates. This in turn stimulates bilateral communication on issues between both parties.

Very early in the process the question arose of how to convince the general payment service user such as corporates and individuals to move to . It was recognised that this could be achieved by encouraging public services to lead the process. From that time on, the National Bank of Belgium used its moral persuasion powers with the public authorities to engage them in the process.

Once the decision was taken at a ministerial level to move forward, the public administrations worked intensively and in a coordinated manner towards migration.  This rapidly produced visible results for all citizens.  For example, requests for car tax and personal income tax payments were sent out using the Credit Transfer ( ) format. This visibility was an important incentive to convince the other stakeholders to start migration. At the same time, consumers were introduced to the new account identifiers IBAN (International Bank Account Number) and BIC (Business Identifier Code) in an efficient way.

Top-down approach: from public authorities and 'big-billers' to the citizen

Following the engagement of public authorities, the 'big billers' such as utility companies which send out huge volumes of invoices for water, electricity, gas and telecom payments, were invited to move towards the new standards, which encouraged  other business to follow.

In parallel, different types of trade federations reaching relevant stakeholders including SMEs, corporates and insurance companies were encouraged to communicate the objectives to their members. IT providers, particularly within the Enterprise Resource Planning sector, were given specific attention as they deliver the accountability and payments software necessary to implement to the bulk of SMEs and independent professionals. Consumer organisations were also informed about .

Although in practice the paper credit transfer form is an 'invitation to pay' sent with invoices and is rarely used for initiating a credit transfer payment as most customers use online banking, the traditional Belgian credit transfer form was nonetheless converted into a paper version to further increase visibility of the new format when issuing invoices. Citizens use this form when inputting the relevant data in online banking applications. The adoption of this new layout by public administrations, big billers and other beneficiaries is creating awareness for the transition to among Belgium citizens. (http://www.nbb.be/doc/ts/products/protocols/e/voorbeeldformulieren.pdf)

The successful migration to in Belgium, as described above, is largely the result of the early engagement of the public sector. This model, however, cannot be replicated with regard to . Belgian public administrations - contrary to the customs in other countries - do not collect taxes using a direct debit product. Therefore they are unable to pioneer the use of . Perhaps it may be worthwhile considering the use of the new for the collection of tax payments in Belgium.

Cards: who is doing what, when?

Although all parties agree that a European card scheme would be a welcome new entrant in the payments market, no significant progress has been noted for years. Banks await new card schemes to arrive. Three initiatives (of which one is Payfair, a Belgian one) for new schemes have been launched and wait for banks to join (issue / acquire) them. Payment system operators are ready to process new schemes. And payment service users (merchants and consumers) are keen on a new European card to come. Everybody is waiting for everybody: this situation is often called a 'dead-lock' situation. I sincerely hope the first half of this expression is irrelevant in this case.

As in any other Member State to-date, there is no pressing need for payment service users to migrate to . Facing investment needs, usage of and can be delayed as long as national legacy euro payment schemes for credit transfer and direct debit exist.

is basically a change process which is not generally perceived to generate equal, immediate and tangible benefits for all stakeholders. To ensure full migration, it is therefore necessary to set an extinction date for legacy credit transfers and direct debits as proposed in the draft Regulation published in December 2010, which establishes technical requirements for credit transfers and direct debits in euros.

This will allow us to announce the end of the existing nationally formatted payment instruments to all payment service users. Precise end dates are however not yet known, which might complicate communication. The regulatory proposal states that credit transfers shall be carried out in accordance with this Regulation twelve months after its entry into force; direct debits shall comply 24 months after entry into force. Stakeholders such as enterprises might need more than one year of preparation to migrate to . This underlines the importance of ongoing communication efforts by payment service providers, the regulators and authorities. Our National Forum will organise a continuous process of updating the members on the progress of the new regulation's adoption process.

Third progress report on the migration towards SEPA in Belgium

ECOFIN Conclusions on SEPA of December 2009

Best of Class: the Netherlands. A case study in successful migration to SEPA

Yes, we can - Part I. Luxemburg: a case study in successful migration to SEPA ( Newsletter, Issue 3, July 2009)

As also reported in the article 'Best of Class: the Netherlands' in this issue of the Newsletter, there are notable exceptions to the general attitude of 'wait-and-see' among Member States when it comes to . Since the launch of the Credit Transfer Scheme ( ), Belgium has demonstrated a unique commitment to migrate domestic payments to the schemes and standards and remains the front-runner among all countries. To-date, Belgium boasts a 33 percent migration rate (the average rate in the euro area as of October 2010 remains under 10 percent). Jan Vermeulen of the National Bank of Belgium reports on the Belgian approach to migration and how to effectively overcome obstacles along the way. 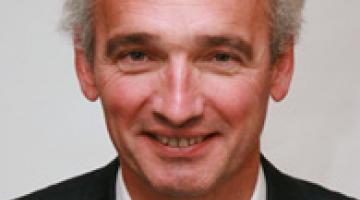 Related Articles
SEPA Scheme Change Management 2011 - Call to Stakeholders
Update EPC Plenary Meetings
Your Points of View
Work in Progress
Building a Single Market for e-Commerce Payments***
Happy New Year?
The King is Dead, Long Live the King
Reaping the Benefits of Electronic Invoicing for Europe
Facing the Facts in January 2011
More Market Integration
The Good, the Bad, the Ugly and a Knight in Shining Armour?
The Breakthrough for SEPA?
Best of Class: the Netherlands
Latest Insights
TPPs: latest views on PSD2 implementation
PSD2 implementation: challenges for ASPSPs
What’s next for RTP?
Greece’s steady progress towards a cashless society