IPFA 2.0 – How the International Payments Framework Association is Res...

IPFA 2.0 – How the International Payments Framework Association is Responding to Industry Developments

Cross-border payments are being redefined by industry forces. The IPFA is evolving to help the industry bring together the need for instant payments and flexibility.

Interoperability. Instant. ISO 20022. Standards. More than catchy buzz words, these are powerful forces shaping the payments industry today, leaving no part of the business immune. Responding to the challenges presented by these forces, the International Payments Framework Association (IPFA) is enhancing its framework and offering new membership options.

The IPFA was founded in 2010 as an industry collaboration to promote the acceptance and use of a global operating framework for cross-border payments. This framework focused on making the exchange of non-urgent cross-border payments more efficient through the use of a proprietary ISO 20022 format and a shared Rulebook that governs members rights and obligations. The format, in effect, created a ‘bridge’ between disparate local country formats, and allowed IPFA participants to scale cross-border payments exchange. The Europe-U.S. gateway between Equens and the U.S. Federal Reserve Bank demonstrated the viability and effectiveness of the IPFA model.

Since 2010, however, the global financial services industry has experienced profound change characterised by consolidation and greater focus on compliance and regulatory imperatives. More recently, the industry is being reshaped by domestic implementations of instant or real-time payment systems. An additional trend underway is the regionalisation of payments exchange as more regional payments systems are forming in response to evolving trade and migration patterns.

The IPFA’s response to these industry imperatives has two key components. First, instant payments are being added to its framework and Rulebook. This initiative has important implications for how the IPFA organises payments exchange between members. Rather than exclusively focusing on non-urgent or bulk payments, members will have the option to exchange instant payments with each other. This expands the applicability of the IPFA framework to a growing set of potential users as well as to the current membership.

There are also more fundamental implications of adding real-time payments. Five years ago when the IPFA adopted ISO 20022 as the enabler of cross-border payments exchange, ISO 20022 was not the industry standard it is today. It was not used by a large number of banks. Now that more payment systems are adopting ISO 20022, we have witnessed a proliferation of market practice in ISO 20022 messages. The IPFA’s ISO 20022 format was a proprietary usage that contained some unique elements to facilitate transactions. However, the proliferation of ISO 20022 messages among payment systems has highlighted the need for the industry and for the IPFA to harmonise market practice.

This choice will allow members to use the same format for bulk payments as well as instant payments – allowing these two different payment options to be distinguished by an indicator in the payment record that will determine the speed of settlement between the IPFA participants. Certainly the settlement and other key treatments will be substantiated in the bilateral agreements between the participants, but now the choice of format will not be a limiting factor. This choice also means that the IPFA will no longer have a proprietary format and that the IPFA process will focus on the Rulebook that governs how participants treat each payment option.

When do we expect that IPFA participants will begin cross-border instant payments exchange? We cannot predict exactly when banks will enable this option. Nevertheless, it is clear that the industry must respond to market pressure created by FinTech disruptors and the demand for cross-border instant payments by corporates and consumers alike. It is also evident that the inherent risks in any cross-border or real-time payments service will be minimised by a strong governance framework and a shared set of rules that provide certainty among the participants. The IPFA process provides this framework and Rulebook.

The second dimension of the IPFA’s response to the forces shaping the industry entails the creation of new and reformulated membership categories. Previously, the IPFA only had two membership categories. Primary members were banks, clearing and settlement mechanisms and payments institutions that have regulatory authorisation to clear and settle payments. The other membership category (Affiliates) was something of a catch all group consisting of other types of non-licensed payment service providers / vendors, standards setting bodies, industry associations and users of payments services.

Going forward, the Affiliates category will include only vendors and standards setting bodies that directly enable cross-border payments providers to deliver payments. A new category of At-Large membership will comprise industry associations and users of payments services. This new category will have a lower membership fee as it is designed to be attainable by a larger group of interested parties that will provide valuable input to the IPFA process as it continues to evolve. Additionally, the IPFA has formally adopted an Observer category for members of the regulatory community that want to follow and contribute to IPFA discussions more closely.

Finally, the IPFA has also created two entirely new membership categories – Payments Groups and Payments Group Participants – to facilitate usage of the IPFA process by the increasing number of regional payments exchanges and closed user groups. Inspired by the success of the Single Euro Payments Area ( ) as a mechanism to facilitate payments exchange between geographically united and politically aligned countries, several groups around the world are working to align multi-country payments exchange and that needs a common format and rule set to achieve these goals. Several of these groupings are already underway in Africa, Asia and the Americas. One such grouping is the effort by the Southern African Development Community (SADC) to standardise high and low value payments among the 15 member countries. The SADC Banking Association is a long-time member of the IPFA.

Together, the addition of instant payments and the creation of new membership categories, has been dubbed IPFA 2.0 to signify that the International Payments Framework Association is evolving to respond to industry needs. The foundation of the IPFA value proposition, however, remains constant with the shared Rulebook governing payments exchange among members and industry collaboration guiding the group’s evolution.

Elizabeth McQuerry is CEO of the International Payments Framework Association.

A collaborative industry initiative to simplify the exchange of cross-border payments, the International Payments Framework Association (IPFA) is evolving to support industry needs. The IPFA is adding instant payments as an additional service option alongside non-urgent payments. As part of this effort, the IPFA is also supporting the industry harmonisation initiative by no longer utilising its own proprietary format and adopting the new Real Time Payments Group ISO 20022 message for both instant as well as non-urgent payments. In this article, Elizabeth McQuerry, CEO of the IPFA, explains how this choice will, over time, allow IPFA participants to utilise the same ISO 20022 messages for cross-border payments that they are using for domestic implementations. New membership categories are also being added to respond to different industry needs and the desire to enable more voices to contribute to the IPFA’s initiative to define and promote best practice in cross-border payments. 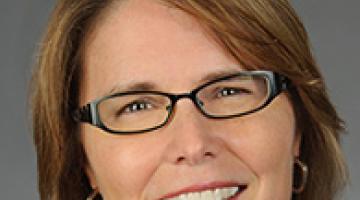 Related Articles
EPC and Euro Retail Payments Board Driving Innovation in Payments
A Fruitful Autumn for Stakeholders’ Involvement in the EPC SEPA Scheme Management
Competition Law Enforcement in the European Payments Industry
The Impact of the Interchange Fee Regulation: a Card Scheme’s View
Payments and the Effect of the Interchange Fee Regulation: a Banker’s View
Regulation on Card Fees for EU-Wide Payments: a Processor’s View
Interoperability of European Instant Payments: How Infrastructures Can Contribute
Latest Insights
TPPs: latest views on PSD2 implementation
PSD2 implementation: challenges for ASPSPs
What’s next for RTP?
Greece’s steady progress towards a cashless society