ISO 20022 is the New Language of Payments! The Standards Forum Launche...

ISO 20022 is the New Language of Payments! The Standards Forum Launched the 'ISO 20022 Adoption mApp' Featuring Information on More than 60 ISO 20022 Initiatives Globally

The new ‘ISO 20022 Adoption mApp’ was developed by the Standards Forum. The Forum is organised by SWIFT (Society for Worldwide Interbank Financial Telecommunication) Standards with the support of financial institutions, leading standardisers, market practice groups, standards organisations and vendors. The Forum offers a meeting place for all interested in or impacted by standards, where everyone can share their opinions about issues and topics that will or can be debated at Standards Forum events (see ‘related links’ below).

To view the different ISO 20022 initiatives featured within the new mobile adoption application, users can either zoom into a specific region or country, or filter for a specific group of initiatives. The information on the various initiatives provided with the ‘ISO 20022 Adoption mApp’ identifies, among other things:

ISO 20022 is the new language of payments

In July 2009, the Newsletter commented in an article, headlined ‘The Silent Revolution’: “ISO 20022 provides a unique tool to create the standards that respond to the needs of suppliers and customers acting in today’s financial universe. (...) As such, ISO 20022 creates the data highways enabling communication between players across all financial markets.” ISO 20022 is not only a suite of message standards but a procedure proposed by the International Organization for Standardization (ISO) to develop message standards for all domains of the financial industry. ISO 20022 is a standard to develop standards, so to speak. The most innovative characteristic of ISO 20022 is its modelling methodology which decouples the business rules from the physical message formats. The models evolve with the business, while the formats evolve with the technology to benefit from the latest innovations. This results in the highest possible degree of automation, ease of implementation, openness and cost-efficiency. The ISO 20022 approach therefore, offers a more efficient and faster way of developing and implementing message standards that serve as the basis for long term financial services solutions.

Today, the revolution is silent no more. The ‘ISO 20022 Adoption mApp’ includes more than 60 adoption initiatives globally, covering a range of business segments such as payments including cards, securities, trade finance and treasury. More initiatives will be added on a continuous basis. 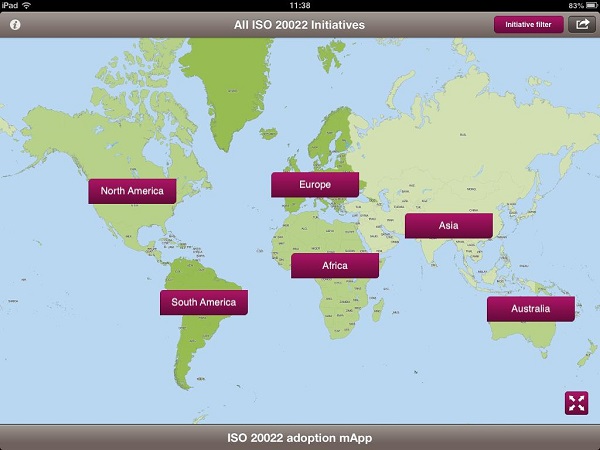 The following initiatives, among others, are described by the new 'ISO 20022 Adoption mApp'

The Credit Transfer ( ) and Direct Debit ( ) Schemes and adjacent implementation guidelines developed by the European Payments Council in close dialogue with the customer community are based on the ISO 20022 messages standards. With the launch of the Scheme in 2008, European banks were the first in the world to deploy the ISO 20022 message standards for mass payment transactions. The roll-out of , therefore, represents one of the initiatives that pioneered broad-scale adoption of ISO 20022. The European Union ( ) legislator recognised that technical standardisation based on the use of international standards facilitates the integration of the payments market. In February 2012, the legislator; i.e. the European Parliament and the Council of the representing Member States, adopted the ‘Regulation ( ) No 260/2012 establishing technical and business requirements for credit transfers and direct debits in euro’ (see ‘related links’ below) (the Regulation). This legislative act defines 1 February 2014 as the deadline in the euro area for compliance with the core provisions of this Regulation. Effectively, this means that as of this date, existing national euro credit transfer and direct debit schemes will be replaced by and . The Regulation details, among other things, the use of the ISO 20022 message standards by payment service providers and payment service users. For more information, refer to the Newsletter article, entitled: ‘Early Movers Confirm: ISO 20022 Message Standards Generate Tangible Benefits’ (see ‘related articles in previous issues’ below).

The Canadian Payments Association coordinates the adoption of the ISO 20022 payments messages. This multi-year project will include the migration of three domestic payment standards, i.e. CPA005 for low value payments (AFT), MT 103 and MT 205 for high value payments (LVTS) and ANSI X12 for electronic data interchange (EDI) payments, to ISO 20022. There are three primary drivers for ISO20022 adoption: (1) The need for more remittance information to support automated reconciliation and straight through processing (STP); (2) the need to support interoperability for cross border payments and (3) cost reductions expected to result from using one standard instead of three. Approximately 16 financial institutions that are direct participants in the three legacy systems as well as indirect participants / clearers and corporate clients will be impacted by the migration to the new ISO 20022 standard. In 2012, the Canadian domestic volumes were 1.2 billion AFT payments, 7 million large value payments and 2.8 million EDI payments. A go live date has not yet been determined.

The Australian Securities Exchange (ASX) already publishes corporate action information in proprietary format. This adoption initiative plans to introduce standardised corporate action information in ISO 20022 format, primarily for the Australian market, with potential for stakeholders in other countries. The adoption driver is to offer automated STP, with the issuer as the source of information, combined with enriched data that is aligned with the growing standard of ISO 20022. The initiative is based on the mandatory use of this automated STP by issuers; the mandate has been agreed by issuers – who see the benefits of the initiative – and will be required under ASX’s listing rules. ASX will deliver ISO 20022 format messages to customers via SWIFTNet and proprietary (ComNews) channels in near real time. Implementation will be phased, with initial delivery focused on high volume corporate actions, including dividends. The implementation of the initiative is subject to regulatory clearance. ASX is working with more than a dozen key industry stakeholder organisations and over 30 listed entities during design, development and implementation of the initiative. The planned live date is December 2013.

Early Movers Confirm: ISO 20022 Message Standards Generate Tangible Benefits. A guide for payment service users on the impact of provisions in the Regulation regarding the use of the ISO 20022 message standards ( Newsletter, Issue 14, April 2012)

Newsletter: All Articles Published in the Section ‘Focus: ISO 20022 in the SEPA Context’

As a key stakeholder in ISO 20022 and a long-term advocate of the standard’s ability to transform automation in the financial industry, SWIFT (Society for Worldwide Interbank Financial Telecommunication) has worked to raise awareness of the purpose and potential of ISO 20022 for some time. In September 2013, the Standards Forum launched the free of charge ‘ISO 20022 Adoption mApp’. This new mobile app[lication] provides an easy-to-use global overview of initiatives adopting ISO 20022 as their messaging standard for financial business transactions. The ‘ISO 20022 Adoption mApp’ collates information otherwise only available across multiple global websites. This tool will facilitate adoption and foster dialogue, and will therefore prove a valuable resource for stakeholders already implementing the standard, as well as those considering the adoption of ISO 20022. The first edition is an app for an iOS tablet. New information is updated automatically in the mApp when accessed online, and a [portable document file] PDF with adoption information can be downloaded for each ISO 20022 initiative featured. Chantal Van Es introduces the ‘ISO 20022 Adoption mApp’ and encourages new initiatives to showcase their adoption project with this tool. 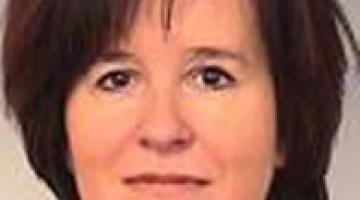 Related Articles
EPC Plenary Meeting Update
The Long Awaited Arrival of PSD2: a Summary of Some of the Key Provisions and Issues
Analysis of Selected Aspects of PSD2 Reveals: There is Considerable Scope for Clarification
SEPA 2014 - the State of Play (October 2013): a Large Majority of Stakeholders Are Expected to Meet the 1 February 2014 Migration Deadline. Late Movers Must Catch Up. Now.
SEPA Fact Check: The SEPA Benefits Projected by EU Governments, the European Parliament, the European Commission and the European Central Bank (1999 - 2013)
SEPA 2014 - the European Central Bank Reiterates: “Everybody Has to be Ready on 1 February 2014 or Risk Disruptions in Their Individual Handling of Payment Orders.”
SEPA 2014: Clearing and Settlement Mechanisms are Ready to Turn up the Volume
SEPA 2014: Businesses and Public Administrations Identify Main Benefits
Latest Developments with Regard to SEPA Schemes: SCT and SDD Change Cycle 2014/2015, EPC Clarification Letter on Electronic Mandates and Next Steps on SDD Fixed Amount
Conclusions Agreed at Multi-Stakeholder Workshop to Discuss Minimum Requirements for 'BIC from IBAN Derivation' Solutions for Cross-Border SEPA Transactions
Latest Insights
TPPs: latest views on PSD2 implementation
PSD2 implementation: challenges for ASPSPs
What’s next for RTP?
Greece’s steady progress towards a cashless society