From the perspective of the European banking industry the changes proposed by the European Commission with respect to Regulation 2560/2001 require further discussion:

The principle of expanding the price parity requirement to direct debits has to be questioned.

The Direct Debit is however not comparable with any existing national direct debit instruments as these vary considerably. As such, the introduction of the Direct Debit Scheme impacts payments services providers differently in different member states depending on the direct debit model including the associated cost structure in place. Stipulating price parity between a domestic direct debit executed under an existing national scheme and a direct debit across the area therefore would be based on the flawed assumption of such services being comparable which in fact they are not. Instead, the price offering should be left to the competitive space, bearing in mind that it is in the interest of each payments services provider to attract customers to the new instrument.

If direct debits were nevertheless to be included, European credit institutions would like the price parity requirement to be limited to the respective type of direct debit. For the direct debit, this would mean that its price should not be allowed to differ depending on whether payment is made nationally or within the . On the other hand, different pricing of direct debits and national legacy direct debits should remain possible, as these types of direct debits differ considerably in terms of the processing workload involved.

Alignment of Regulation 2560/2001 with the Payment Services Directive

European credit institutions generally strongly support the alignment of the Regulation on cross-border payments with the Payment Services Directive (PSD to a maximum possible extent including key definitions. However, each individual change to Regulation 2560/2001 of this nature must be assessed on a case-by-case basis to ensure that there are no unintended consequences given the very different scope of the PSD.

Removal of balance of payments reporting obligations and reporting thresholds

The proposal published by the European Commission stipulates that "with effect from 1 January 2012 at the latest, member states shall remove settlement-based national reporting obligations on payment service providers for balance of payments statistics." In line with the Commission's proposal and in view of the objective to establish a single payments market ( ) with harmonised legislation and practices across Europe, the payments industry and its users strongly advocate the speedy removal of balance of payments reporting obligations and reporting thresholds imposed on banks in some Member States. This objective is also fully supported by the Council of the European Union.

The difference in reporting requirements imposed on banks in Member States create different cost structures for payments business: the costs incurred as a result of complying with such requirements are borne in full by banks which face heavy competition constraints as a result. Cross-border transactions processed by banks in countries where related requirements continue to be in place are therefore more costly than the same cross-border transactions for banks operating in countries with no such obligations. With a view to creating a level playing field in the single domestic payments market the objective and final outcome of the revision of Regulation 2560/2001 can therefore only be the abolition of data collection based on payments.

Moreover, the quality of the data and the accuracy of the reporting are put into question with enabling companies, including multi-country ones, to centralise their payments on one account within the . This could also trigger a regulatory asymmetry that would favour opening accounts in countries where banks are not subject to the reporting obligations.

As the rules for participants in the payments market are being harmonised, the same principle must apply for regulatory provisions in national markets. Last but not least, it should also be taken into account that a number of member states are already applying sample-based methodologies to collect the data necessary to compile national balance of payments statistics, e.g. there is no rationale to maintain transaction-based data collection methods.

The banking industry has learned that the provision introduced by the Commission regarding the abolition of said reporting requirements is being opposed by Italy, Spain, Portugal, Greece, Bulgaria and Rumania. Should these countries maintain this position, the Commission's proposal will in fact be rejected. Such an outcome would violate the principles governing the realisation of and of the internal market.

European banks continue to scrutinize the legislative process and the developments with respect to this draft regulation.

Séverine Anciberro is an adviser with the Retail Financial Services / Legal and Social Affairs department of the European Banking Federation.

In 2001, the European Commission (EC) laid the foundations of its policy through Regulation 2560/2001 on cross-border payments in euro, whereby banks are not permitted to impose different charges for domestic and cross-border payments or ATM withdrawals in the -27. On 15 October 2008 the EC published a proposal modifying and extending the provisions of Regulation 2560/2001. The proposal introduces three main changes: the principle of equality of charges for cross-border and corresponding domestic payments is extended to cover direct debits; member states are requested to appoint competent authorities and out-of-court redress bodies to deal effectively with complaints and disputes regarding this proposal; it also envisages to phase out, until 1 January 2012, the balance-of-payments statistical reporting obligations imposed on payment service providers. The new Regulation would replace the existing one as from 1 November 2009. The proposal is at this stage considered by the European Parliament and the Council. 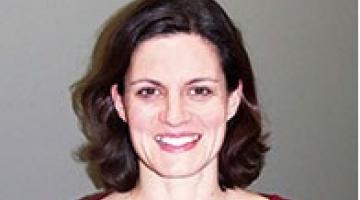