One Thing is Crystal Clear: Praise Belongs to Gerard Hartsink and Clau...

One Thing is Crystal Clear: Praise Belongs to Gerard Hartsink and Claude Brun for their Invaluable Contributions to SEPA!

The European Payments Council ( ) aims to offer in-depth information in its newsletter articles. To detail the contributions by Gerard Hartsink, the man who steered the through a decade of the Single Euro Payments Area ( ) in the making, would require writing a book. In essence, Gerard has been instrumental in facilitating the dialogue between the industry and the public authorities on the best approach to realising the integrated euro payments market and securing the continued commitment of, and creating consensus across, 32 banking communities required to develop harmonised payment schemes and frameworks.

In many ways, Gerard can be likened to the visionary Henry Ford, who once stated: "If I would have asked my customers what they wanted, they would have told me: 'A faster horse'." Henry Ford, by the way, was determined to build a simple, reliable and affordable car at a time when most models were complicated machines which required a chauffeur familiar with its mechanical nuances to drive it. Consequently, the privilege of owning a car was reserved to the very affluent. In 1908, Henry Ford's vision resulted in the invention of the Model T and the assembly line - two innovations that revolutionised American society and shaped the world we live in today1.

At the same time, Gerard never tired of immersing himself in what he calls 'the nitty-gritty'. A former member observed: "When Gerard was told that he needed to be an effective chairman, did he really imagine that this meant taking a room full of eighty plus opinionated payments experts through an astonishingly long agenda, proposing amendments to astonishingly long resolutions and keeping order during some astonishingly long interventions? Did he imagine that he would be required to handle the drafting, redrafting and redrafting the redraft of Credit Transfer and Direct Debit Rulebooks, implementation guidelines, the Cards Standardisation Volume - Book of Requirements and numerous other hugely technical documents? Most of all, did he realise that when the members first asked him to do the job in 2002, they said three years, but meant ten years?" Maybe he had not imagined it however he did it anyway.

There are few people who can say that they have made a massive personal contribution to the vision of . Most have been in the higher echelons of the European Union ( ) institutions or political leadership. But Gerard remained a bank executive and yet still delivered a crucial piece of the jigsaw; and one which can actually bring practical advantage to the citizens of the .

Albeit not speaking about himself at the time, Gerard, probably delivered the best description of his role in the process with his Blog titled 'The 2012 Euro Payments Outlook' (see 'related links' below): "I suppose we can all agree on this: European integration is not for the faint hearted. It requires the ability to remain focused on the long-term objectives despite the lamentations intoned by the prophets of doom who habitually predict the end of the world any time the going gets tough. A look at 2012 initiatives scheduled by the European authorities impacting euro payments, confirms that entertaining end game scenarios may produce lurid headlines, however fails to correctly interpret the signs of the times." Commenting on the authorities' initiatives in the pipeline, he added: "In 2012, the integration of the euro payments market will enter a new and decisive phase; i.e. if ever there was a time to engage it is now. The order of the day is to stay engaged in the debate."

In April 2012, Gerard Hartsink was awarded a Knighthood of the Order of Orange-Nassau by the Queen of the Netherlands, in recognition for his outstanding contributions to the payments industry.

The owes equal gratitude to Claude Brun who supported the organisation as Vice Chair for almost a decade. As a preeminent expert in the field, he played a central role in creating the 's work programme in the area of cards.

The Economic and Financial Affairs Council (ECOFIN), which comprises the finance ministers, requested in its conclusions on (December 2009) (see 'related links' below) that the industry should set the conditions for further standardisation in the area of cards. This request was echoed by the European Central Bank and reinforced with the European Commission's Green Paper 'Towards an integrated European market for card, internet and mobile payments', published in January 2012.

Claude Brun served as the Chair of the 's Cards Working Group from 2006 to 2010. During this time, he managed the creation of the Cards Stakeholders Group (CSG) in close cooperation with the representatives of the main sectors contributing to an efficient European cards market. In 2009, the promoted the creation of the CSG, together with representatives from four other sectors (retailers, vendors, processors and card schemes). Establishing this body makes it possible to recognise the expectations of a broad range of stakeholders. This is realised by ensuring the strong co-management of the processes related to the identification of standards requirements and implementation best practices that will promote interoperability within the cards market. The initiative aims to remove technical obstacles to deliver a consistent customer payment card experience across . The work also encourages process efficiency throughout the card supply chain and the highest level of card payment security. The CSG is responsible for the development and maintenance of the Cards Standardisation Volume - Book of Requirements. This document defines a standard set of requirements to ensure a secure, interoperable and scalable card and terminal infrastructure across .

Beyond the responsibilities of the Vice Chair formally established with the Charter, Claude Brun has supported the as a forceful advocate committed to articulate the industry's perspectives with regard to the integration of the euro payments market.

As the authors of this article, we are very honoured to have the opportunity to continue the important work of Gerard Hartsink and Claude Brun, together with the members and in close dialogue with all stakeholders.

Related video in this issue:

Pleased to Meet You: EPC Chair Javier Santamaría and Vice Chair Günther Gall Reach Out to All SEPA Stakeholders with This New EPC Video. EPC Chair and Vice Chair look forward to continued dialogue on how to make SEPA the best possible experience for all market participants

Gerard Hartsink served as the Chairman of the European Payments Council ( ) since the creation of the in 2002. Claude Brun was elected Vice Chair in 2003. They concluded their tenure in June 2012. In this article, Javier Santamaría and Günther Gall pay tribute to the invaluable contributions of Gerard Hartsink and Claude Brun. Their leadership over many years has been instrumental in achieving the goal of the ; namely, to support and promote . 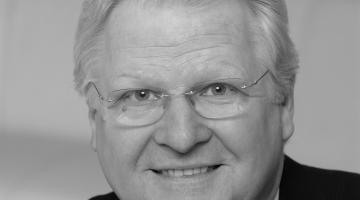 Related Articles
SEPA Schemes: 2012 Public Consultation is Ongoing. Effective Date of Next Rulebook Versions is 1 February 2014!
Pleased to Meet You: EPC Chair Javier Santamaría and Vice Chair Günther Gall Reach Out to All SEPA Stakeholders with this New EPC Video
What Are Your Views? Please Feedback on the EPC Newsletter Topics Most Important to You
EPC Plenary Meeting Update
'Towards an Integrated European Market for Card, Internet and Mobile Payments': Striking the Balance - Interoperability and the Access Dilemma
Help is Here: Payments Regulatory Expert Group (PREG) Publishes Guidance Document on SEPA Regulation
SEPA Migration: Facts and Figures
Austrian Federal Ministry of Finance: "We Were Determined to Lead SEPA Migration by Example"
What Happens Next? European Authorities to Communicate Their Vision for SEPA 2.0 by End 2012
Committee on Payment and Settlement Systems' Working Group Publishes Report 'Innovations in Retail Payments'
What Drives Innovation in Payments? EPC Invites European Authorities to Take the Market Perspective into Consideration
M-Payments: The EPC Advances its Work Concerning Mobile Payments
Join the Debate: European Association of Corporate Treasurers’ Proposals Regarding Remittance Information
Latest Insights
TPPs: latest views on PSD2 implementation
PSD2 implementation: challenges for ASPSPs
What’s next for RTP?
Greece’s steady progress towards a cashless society