The role of the SADC Banking Association

The SADC Banking Association (SADC BA) was constituted and formed in 1998 when the Committee of Central Bank Governors (CCBG) decided that it was important to have an organisation that banking associations in the SADC region could communicate with on matters relating to regional financial integration in general, and the SADC Finance and Investment Protocol (FIP) specifically. The SADC BA is a recognised structure of the CCBG.

This SADC BA participates in CCBG sub-committee structures and plays an active role in the payments, financial markets, banking supervision, and exchange control sub-committees. It also plays a pivotal role in the CCBG’s payments project, the SADC Integrated Regional Electronic Settlement System (SIRESS). The SADC BA was mandated by the CCBG to engage with banking associations in the region and the broader financial industry to develop business processes using international standards which contributed to the development of the rulebook developed for SIRESS. This rulebook is included in the SADC BA operating manual, known as the “Beige Book”.

Beyond the CCBG agenda, the SADC BA provides a regional banking leadership platform and strategic direction on matters pertinent to the transformation of the banking sector in the region. The SADC BA is conscious of a collective duty to transform and promote the SADC region as a well-integrated economic block and is taking the necessary steps to maximise the cooperation of member banking associations to encourage, inter alia:

One of the success stories in the SADC region has been the implementation of the SIRESS system. It is a testament to how payment harmonisation contributes to improving the lives of SADC citizens.

SIRESS is an electronic central payment system that facilitates cross border trade in the SADC region, currently dealing exclusively with South African Rand (ZAR) credit transfers. This excludes domestic inter-bank payments and settlements, and is real time (immediate), final and irrevocable. This platform allows for SIRESS participating banks to facilitate financial flows and settle regional transactions within SADC countries on a gross basis and in real-time. The system is operated by the South African Reserve Bank (SARB) on behalf of the SADC Committee of Central Bank Governors, with SARB also acting as the ZAR settlement bank. It is a safe and efficient payment/settlement system which reduces the cost to banks since there is no correspondent bank (intermediary) involved, meaning all banks in all of the participating countries can send and receive payments directly from any of the other banks operating accounts at SIRESS. It means that banks in the region can manage liquidity better in one account rather than having nostro accounts at various banks. The system also reduces the time the funds are available to the beneficiary.

Currently there are ten participating countries (South Africa, Lesotho, Swaziland, Namibia, Malawi, Mauritius, Tanzania, Zambia, Zimbabwe and Seychelles) with a total of 72 participating banks, made up of seven central banks and 65 commercial banks.

Training in the region

The SADC BA embarked on their Payments Training in the region during October 2015. The training was successfully delivered in the Common Monetary Area ( ) – South Africa, Swaziland, Lesotho, Namibia and included Zimbabwe from the non area of the SADC in the first round. During the first quarter of 2016, training included Malawi, Zambia, Tanzania and Mauritius with a second training session in South Africa. During June and July 2016, training included Mozambique and Botswana. Thus far over 300 participants have been trained from commercial banks as well as central banks. The training covers:

SIRESS - Where are we now?

Up to now, there have been five on-boarding phases with Seychelles joining during Phase five.

The Payment Scheme Management Body (PSMB) is an autonomous committee established to manage the payment scheme and interact with all the parties involved namely: the CCBG through the Payment Scheme Oversight Committee (PSOC), SADC BA, SIRESS Operator, central banks, commercial banks, in-country payment associations and banking associations in the region, in addition to keeping abreast of local and international banking organisations activities and trends.

The committee includes one representative per country live on SIRESS. This person is nominated by their own community through the validation process set up by the country banking association with final approval from the Nominating and Governance Committee (NGC), which was set up by the SADC BA Board. The PSMB also includes representatives from PSOC, the SIRESS Operator and SADC Banking Association Secretariat. PSMB meetings are held three times a year.

Once the banks from new countries joining SIRESS go live, the country banking associations are invited to submit applications for their country representation on the PSMB.

Challenges experienced during the project

Some countries belong to more than one economic region in Africa which means they can have conflicting priorities. Other challenges experienced are, for instance, political instability, poor IT infrastructure, different languages, and low levels of end-to-end knowledge and experience in cross-border payments.

BankserveAfrica (a clearing house system operator based in South Africa) was authorised by the PSMB to operate as the Regional Clearing and Settlement Operator (RSCO) for the SADC Low-Value Credit transfer. Member banks in the Common Monetary Area ( ) of SADC will soon commence routing their low-value credit transfers using ISO 20022 standards via the RCSO with settlement taking place via SIRESS.

At its formation as the Southern Africa Development Coordination Conference (SADCC) in Lusaka, Zambia, in April 1980, the leaders of the Southern African Development Community (SADC) region sought to demonstrate their vision of unity through the tangible benefits of working together. The SADC has formulated policies and strategies for regional integration in support of economic growth and development. The economic benefits expected from regional integration, as shown elsewhere around the world, include increased market size, improved intra-regional trade and investment flows, and better transfer of technology and experience.

SADC is made up of fifteen countries, namely Angola, Botswana, Democratic Republic of Congo, Lesotho, Madagascar, Malawi, Mauritius, Mozambique, Namibia, Seychelles, South Africa, Swaziland, Tanzania, Zambia and Zimbabwe. In 2013 it was reported that the SADC region had a population of more than 292 million and generated a Gross Domestic Product (GDP) of USD 686.2 billion. 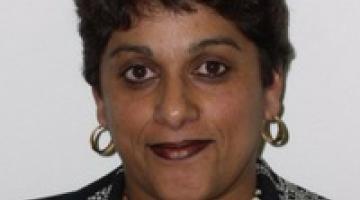 Related Articles
SCT Inst consultation: A tremendous participation from payment stakeholders!
Discover the differing views of all interested parties on the future of the European market for retail financial services
Fourth Money Laundering Directive and revised Wire Transfer Regulation
The European Banking Authority launches public consultation on PSD2
What are the options for banks to prepare for their future?
The ERPB recommendations to boost contactless payments in Europe are progressing with the publication of a new consumer leaflet
The Dutch payment landscape: One of the most cashless in Europe
We bring you some of the best reports on payments published in the last quarter
Latest Insights
TPPs: latest views on PSD2 implementation
PSD2 implementation: challenges for ASPSPs
What’s next for RTP?
Greece’s steady progress towards a cashless society