Estonia has gained recognition as a hub for e-services and start-ups. A small country, with a preference for bank cards and online banking, which is following its own path when it comes to payment solutions.

As is the case elsewhere, the Estonian FinTech sector is rapidly evolving. There are a number of distinct factors enhancing the development of local payment solutions in the country. These include Estonia’s excellent infrastructure and its high level of confidence in technology, expressed in the desire to perform daily operations using innovative technological methods. In addition, the country’s small size supports the adoption of new technologies, as changes can be implemented rapidly amongst a population of just 1.3 million.

Both national and corporate e-service channels are prevalent and popular in Estonia, and money moves digitally there. In part, due to the fact that providers are reproached if they do not have a good e-channel.

Another reason for the high level of confidence in e-service channels is the existence of universal ID-cards and mobile-ID. These allow contracts to be signed digitally, transactions to be performed and importantly safe online identification. What’s more, 95 percent of tax returns in Estonia are submitted digitally, while 96 percent of payments are made using either the Internet or mobile bank. So, in terms of providing a digital identity for its citizens Estonia has proved to be pioneering.

One of Estonia’s greatest advantages in achieving this, is the modern infrastructure of its banks. Since Estonia regained its independence 25 years ago, the banks here quickly re-established themselves, following the example of Scandinavian banks. As a result, Estonia's digital banking capability is high. So what are the key characteristics of Estonian payments? And where does Estonia stand regarding innovative methods of payment such as Person-to-Person ( ) mobile payments, and the application of the Distributed Ledger Technology (DLT) to transactions? Below we share our insights on Estonians’ payment habits, in light of LHV’s recent projects often involving cooperation with FinTech companies, as one example of the dynamic Estonian banking environment.

Roughly 70 percent of payments in Estonia’s retail industry are made using bank cards, and the proportion of cash used is constantly decreasing. Estonian banks began offering bank cards at their inception, thereby immediately instilling a connection between Estonians and their cards. For all intents and purposes, Estonians never really used cheques, and similar instruments.

However, Estonia has fallen behind the rest of Europe in terms of the deployment of Near-Field Communication (NFC – enabling contactless payments) bank cards. LHV was the first among the bigger banks to equip payment terminals and cards with NFC capability in August of this year. At the same time, there is hope that our national infrastructure will catch up quickly as it is possible to move faster in a small market. For example, some data shows that the penetration of NFC terminals in the USA is currently at 17 percent. We have reached the same level in Estonia within just three months, and our hope is that by the end of next year almost all Point Of Sale (POS) terminals will be able to accept contactless payments. The lack of NFC terminals has also delayed the launch of mobile wallet systems utilising this technology.

Card payments are also one of the most important payment methods for Estonian merchants. POS terminals are quite common, bank offered cash services are declining, and many merchants prefer to handle as few cash transactions as possible. In order to receive card payments, transparent pricing and quick money receipts have become standard practice in Estonia.

Payments on the Internet

The most common type of e-commerce payment option in Estonia is via a bank link. This can be used to pay for an e-merchant's services through online banking. Although this payment method may seem a bit cumbersome, it is actually very secure as it establishes a users’ identity with an ID-card. Unlike in countries such as the UK, the use of bank links is dominant in Estonia and has decreased the popularity of using payment cards for Internet purchases.

Bank links work well nationally, but e-shops cannot use them to sell their services outside of Estonia. Many payment service providers however propose to e-merchant solutions working beyond Estonian borders. LHV’s card payment solution, offered in cooperation with its FinTech partner EveryPay, allows merchants to sell goods or services all over the world.

Payments between people in Estonia are also predominantly made via Internet and mobile banking, although cash is still being used. Recently, the biggest change has been the growing importance of mobile banks. This mobile first attitude is becoming increasingly common and is also one of LHV’s key principles. When designing new services, operability on mobile phones is the first thing we consider. LHV has a number of clients who no longer use Internet banking; instead, they perform all of their necessary operations using mobile banking. These mobile bank developments are encouraged by the existence of the mobile-ID.

For example, when making a new payment the LHV mobile bank application draws on the users’ payment history to fill out all of the necessary fields for him/her. This simplifies the experience for the customer, who only has to determine the payment amount and confirm it. At the same time, the possibility to request money from another individual via a mobile bank, and respond to the request with a transfer also exists in Estonia. With the arrival of the Instant Credit Transfer ( ) scheme, we can expect even greater use of mobile banking when making payments.

Prior to the transition to the system, in 2014, the national ESTA system, in which inter-bank clearings took place every hour, was used. Perhaps this is one of the reasons why banks in Estonia have shown a great deal of interest towards the initiative, which allows the movement of transactions to take place in real time. LHV has adhered to the schemes, and we wish to offer real-time payments to our clients as a core service as soon as possible.

As far as Estonians are concerned, the process of transferring money between countries should not be difficult. TransferWise, which is a FinTech enterprise created by Estonians, has significantly facilitated this process. Its goal is to upgrade the world of currency payments and offer services to clients in exchange for a small fee.

Because Estonia found itself caught up between the de-risking gears of big correspondent banks alternative solutions had to be sought out even by the smaller banks. In fact, the largest mediators of currency payments are in the process of entirely withdrawing their nested banking offering from the Baltic region. LHV was one of the first banks to offer international currency payments using TransferWise, and this is an example of a successful cooperation between an Estonian bank and a FinTech start-up. We can see TransferWise's strengths as an excellent example of open banking.

Digital currencies such as Bitcoin arrived in Estonia with a great deal of fanfare. Today, awareness of cryptocurrencies and DLT in Estonia is relatively high – authorities know what it is and how it works. However, the legal framework has not developed in accordance with this increased awareness. The official attitude towards digital currencies is still quite conservative.

LHV's development project Cuber was honoured with Estonian Banking Association’s innovation award this spring. Cuber is a universal platform, developed by LHV and its FinTech partner Chromaway, on which future financial services will be based. Cuber is one of the world’s first value carriers to be centrally secured, completely open, and transparent. We built this platform on the principle that third and independent parties could easily connect their applications to our system, without jeopardising personal information, the value carrier, or other secure information.

For the first test project, we developed a payment application for Cuber's platform, which allows real time money transfers between devices. The testing period started in May 2015 and lasted until the end of the year. Within the framework of the proof-of-concept project, more than 6,000 payments were made using Cuber's application. Payments have been made to merchants, in self-service environments and as payments. Whilst testing has proved that Cuber's technology works, as is the case regarding cooperation with Estonian authorities, currently the technology is too complicated to cost-effectively replace everyday card payments in Estonia. Also, for mass-adoption to take place, people's attitudes and behaviour need to change significantly, something that is both complicated and expensive to achieve. The largest potential area of use for Cuber today in our region is Internet payments and self-service payments. We will continue to develop Cuber further, and the next step is to connect Cuber’s platform with physical cards.

Clearly, Estonia’s payment solution structure is firmly in place. But this is not the end of the country’s journey, as Estonia has the ambition to develop new payment solutions. And as we are thinking globally, if we come up with something revolutionary, you too will hear about it. 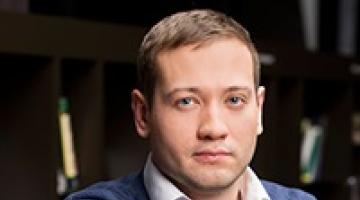 Related Articles
Get ready for the first SCT Inst transactions!
The EPC publishes updated SCT and SDD rulebooks
The European card industry’s recently created association for standardisation is fully up and running
Card Fraud Prevention Forum is set up to tackle rise in European card fraud
What’s next for retail payments in Europe? A brief summary of the outcome of the latest ERPB meeting
An insight into the EPC’s response to the public consultation on the EBA’s draft Regulatory Technical Standards under PSD2
A perspective on the collaboration between FinTech start-ups and banks: An interview with Lázaro Campos, co-founder of FinTechStage
Canada draws line in sand on ISO 20022 adoption with payment system modernisation plans
Poland, an Eastern European country at the cutting-edge of payment technologies
A compilation of some interesting recent reports about payments
Latest Insights
TPPs: latest views on PSD2 implementation
PSD2 implementation: challenges for ASPSPs
What’s next for RTP?
Greece’s steady progress towards a cashless society