Payments and the Effect of the Interchange Fee Regulation: a Banker’s ...

Payments and the Effect of the Interchange Fee Regulation: a Banker’s View

Payments are changing fast â will legislation speed this up or slow it down?

ApplePay and the other ‘Pays’ are only the most recent examples of changes to the way people pay and are paid. I spend a lot of time in London, and am struck by how commonplace contactless payments technology now is for low value payment. Whilst the technology has existed for nearly a decade, it has only been in the last few years that fast food chains and supermarkets have fully embraced it. Retailers have been key to this change in consumer behaviour as there has to be a benefit to both the retailer (or ‘merchant’) AND the paying customer if payment habits are to change in the long term.

The second important habit-changer in London has been the use of contactless for ticketless travel on the London Underground and London buses. It just works, and is demonstrably more convenient than what went before. I now travel in London using a contactless-enabled key-fob, which is funded from my bank current account. It is easy to use, and means I no longer have to either find a ticket or fumble in my wallet for an Oyster card (i.e. the pay-as-you-go smartcard which can be used to pay for all public transport in London).

So, what are the trends influencing consumer payments over the next ten years?

Firstly, payment will become increasingly frictionless and invisible. Payment will simply be an element of the purchase – just like for contactless ‘tap and go’.

Secondly, data will change the payments eco-system. By being able to pull together data from several sources, businesses will be able to offer a much better customer experience. For example, issuers will be able to identify potentially fraudulent transactions without having to resort to measures which damage the customer experience (such as refusing to make a payment).

Thirdly, the buyer will be more in-control of how and when he or she pays. Customers already use mobile banking and text alerts to help them manage their money, and mobile phone number-based services allow people to look up their beneficiary’s details before paying, reducing the chances of a payment being misdirected.

How are these trends impacted by the Interchange Fee Regulation?

Barclays argued strongly that one of the principal benefits of the Interchange Fee Regulation ( ) was regulatory certainty. Whilst there are still some aspects of the which remain unclear, such as domestic debit interchange structures, the industry now has a much clearer picture of the rules of the game. This will encourage more investment and enable customers to benefit from more innovation.

Interchange has also helped level the playing field between card and non-card payment. Whilst at an issuer-level there are reduced incentives to promote card usage (in particular, credit card) as opposed to other forms of payment, the more significant strategic impact will be the reduced incentive to invest in ways for merchants to reduce interchange fees. Business models that make their money from the data or other services, rather than from any intrinsic fees from the payment itself, will compete for business, and banks will need to respond with innovations of their own. If the revised Payment Services Directive ( ) succeeds in opening up the payments market further, there will be even more competition, which can only be positive news for consumers, businesses and the European economy.

The other main benefit of the is that it covers the entire European Economic Area ( ) as well as all four party schemes. Merchant acquiring – which is the service offered to sellers enabling them to accept payments - is an industry with potential for cross-border consolidation, something that has been difficult to achieve with the multiplicity of local interchange arrangements. Whilst the still allows some domestic discretion, we can, at least, now see a time when harmonisation across the enables merchants to opt for full -wide merchant acquiring should they want it.

Any change to the competitive dynamics of an industry will have downsides as well as upsides.

For example, credit card issuers in particular will have to find new ways to compete for business in the new, lower interchange environment. The distinction between the US – where credit card interchange rates are higher – and Europe is stark. In the US, issuers tend to compete for credit cardholders’ custom on the basis of their rewards, such as airmiles. Rewards propositions funded purely by interchange will be uneconomic in Europe’s low interchange environment. Indeed, full payer credit card propositions in Europe will be loss-making unless alternative sources of income – such as annual fees – are pursued. We have already seen a shift away from full payers in Europe, as interchange rates have been declining for some time as a result of various rulings and agreements between the payment schemes and the competition authorities. This has reduced the shock effect of the , and enabled issuers to gradually move from full payer propositions to products targeted at customers looking for the flexible borrowing facilities of a credit card. Having said this, we should not downplay the effect of the further reduction in interchange fees that the will lead to in some Member States. If this were to lead to higher interest rates for borrowing consumers, at a time when we expect central bank rates to also rise, this could lead to some consumers experiencing financial difficulties.

The specific impact of debit card interchange changes is, as yet, unknown, because we don’t know the extent to which individual Member States will exercise their domestic discretions. As a two-sided market, the most significant effect on consumers could come from the actions of retailers and other merchants in response to the changes.

With so much changing in payments, understanding the specific effects of one particular regulatory change – the – is difficult. However, it is important to recognise how the payment experience has improved already compared with only a few years ago, and to understand that we are only at the start of that journey. Ticketless travel, fewer queues to pay in-store, buyers being in-control, less payment errors, speedier online checkouts, improved consumer confidence, enhanced fraud control – all make the buying experience better for consumers.  The industry now has to get over the hurdle of implementing the and focus on doing what it does best – innovating to make buying and selling easier for consumers and businesses.

Alan Ainsworth is Director of Government Relations for Barclays Bank PLC, and was a founding member of the ’s Cards Working Group.

The ways in which we pay and are paid are changing. ApplePay has been launched in the UK, Barclays has announced that it will launch Android-based mobile payments later this year, and we expect Samsung and Android ‘Pays’ soon. ‘Omnichannel’ has moved from being a buzzword to a reality, as people buy using not just one but a variety of channels. These changes have been enabled by the rapid evolution in shopping behaviour, and the widespread adoption of smart mobile devices.

While these changes have been going on, the European Union has substantially altered the regulatory environment for payments. At the heart of this has been a significant drop in debit and credit card interchange rates. In this article, Alan Ainsworth, Director of Government Relations for Barclays, outlines two reasons why these regulatory changes could speed up, rather than de-rail, these emerging payments trends. First, regulatory certainty helps the industry move forward and second, there is no longer a clear financial distinction between cards and other forms of payment that could drive investment decisions.

This article will examine these payments trends, before assessing the specific impact of the Interchange Fee Regulation on the payments industry.

The views expressed in this article are solely those of the author and should not be attributed to the European Payments Council or Barclays Bank PLC. 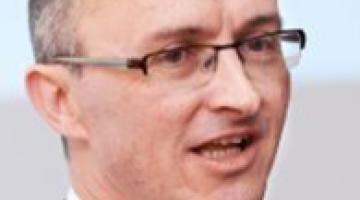 Director of Government Relations for Barclays