The Polish payment landscape is characterised both by traditional practices such as cash, which remains one of the dominant methods of payment, and by innovation and digital payments. We interviewed Bartłomiej Nocoń, Head of Digital Banking and Payments at the Polish Bank Association (ZBP) to explore the status quo in more detail, as well as to discuss innovation and Poland’s vision for the future. In addition, our infographic summarises all you need to know about the Polish payments landscape.

What are the main characteristics of Poland’s payment landscape and its recent evolution?

Poland is geographically at the centre of Europe in the middle of key communication routes. The Polish economy is the sixth largest in Europe and the fastest growing in the former Eastern bloc. The population is over 38.5 million plus an additional three million Ukrainian citizens, who represent the largest ethnic minority. When talking about the payment landscape it is worth mentioning that the Polish banking system is a relatively “young” one that began its most rapid developments after 1995 and 2000. It could be described as modern and innovative in terms of its fast growth in digital and mobile payments and its approach. In the last three to five years Polish banks have made a huge effort to increase the importance of digital channel usage (for retail, small medium-enterprises or SME, corporate customers, etc.). It was also boosted by customer-centricity and the improvement of Customer Experience (CX)/User Experience (UX) in remote channels. Deloitte’s world-wide 2021 benchmarking analysis placed Polish banks in the top ten percent best-in-class for digital banking. The whole banking sector in Poland is also focussed on a cashless and paperless approach that is very visible in its daily banking activities.

In terms of numbers, there are 21 million active digital banking users logging into the remote channels, of which 16 million also use mobile apps and ten million use BLIK, the Polish mobile payments system.

Can you tell us more about the mobile payments system, BLIK?

BLIK is currently the most popular mobile payment method in Poland. The system is used mostly for e-commerce transactions, but its latest improvement, BLIK Contactless, allows users to pay at point-of-sales. The idea of creating a mobile payment solution arose from a joint venture between the six largest Polish banks in 2015. Last year, Mastercard joined the initiative as a stakeholder. At the very beginning, BLIK was considered an “exotic” payment solution for young and digital users, but thanks to the excellent UX, great communication with the market and the ability to adapt to e-commerce trends that arose in Poland, BLIK has rapidly expanded its portfolio of users. The numbers speak for BLIK: in QI 2022 this payment method was used by over ten million users. BLIK’s user experience is one of its biggest advantages. The payment initiation process requires the typing of a six-digit one-time password (OTP) on the merchant paywall. This OTP is generated on the user’s bank’s mobile app and expires after two minutes. The whole process is simple, fast, and, most importantly, safe! We expect in the near future that BLIK will “Go Europe” and be ready for mobile payments in euros quite soon.

A forward-looking question: how do you see Poland’s payment landscape developing over the coming five years?

I would like to point out a couple of trends that are and will be important in the future and that Polish banks regard as very important – namely open banking, open data and open finance. On the other hand, industry leaders’ strategies are concentrated on data science/ automatisation/ robotisation and machine learning (artificial intelligence). The other main topic here in Poland is cloud computing. The banks are on their “path to the cloud”. But the most important challenge is cybersecurity, and the whole banking industry is doing its best to transform itself with the highest standards of cybersecurity. I think that in five years’ time we will have less cash and paper money (we will be becoming a “cashless society”), we will be much closer to our customer and will serve them faster and in a convenient and timely way. We will also deliver very personalised banking offers seamlessly. We are going to provide a kind of “digital trust” to the customers to build digital loyalty and relationships while providing banking offers and services to them.

At the beginning of 2020, the first Polish payment service provider ( ) adhered to the Instant Credit Transfer ( ) scheme. What developments related to the scheme do you expect in 2022 and beyond?

Instant payments in Poland are becoming more and more popular, which is also a result of the significant growth in their usage within the mobile channels. Our domestic (Polish złoty- or PLN-based) instant payments system, Express Elixir, is doubling its transactions each year (roughly a hundred percent growth) and reached 19.5 million transactions in June 2022 (which is 10.73 percent of transactions in the Elixir system – the main retail payment system in Poland – in June).

Regarding scheme adherence, KIR SA, the operator of the Express Elixir system, developed a solution called Euro Express Elixir, which is compliant with the scheme. This solution is connected to the TARGET Instant Payment Settlement (TIPS) testing environment and is ready for to join. KIR SA informs us that banks first signed letters of intent to join Euro Express Elixir and are now preparing to join the solution and subsequently adhere to the scheme).

We have heard in the past that one of the main issues was the lack of interoperability between instant payment systems in Europe and thus limited reach. Additionally, as you know, in Poland can send euro payments via a batch-based -compliant solution called Euro Elixir, which covers many use cases for cross-border euro payments and thus is treated as the main payments channel in Poland.

Now, since interoperability issues seem to be solved and more new use cases for euro instant payments are appearing, we expect more activity in the forthcoming period (i.e. that are engaged in the implementation process with KIR SA will hopefully start their production mode) and further growth beyond.

Finally, can you briefly outline the main implications of the recent influx of Ukrainian refugees for the Polish financial and payment sector?

The Polish banking sector passed this test with excellent results, but when the Russian invasion of Ukraine began at the end of February 2022 it was not so easy. The Polish Bank Association started daily crisis meetings with banking sector representatives. We had support from regulatory and governmental bodies. Cooperation with the National Bank of Poland in terms of the exchange of Ukrainian hryvnia for Polish złoty was a must. We also had to coordinate preparations by the payment industry and Polish SWIFT community. I would also thank the European Payments Council ( ), the European Banking Federation (EBF) and the European Central Bank (ECB) for their assistance at that tough time. Of course, in the first couple of weeks of the war, there was a huge flow of refugees coming to Poland via the border (almost 4.7 million Ukrainians came to Poland and 2.7 million have returned to Ukraine since 24 February 2022). As a banking sector we were also very much involved and close to the charity, help and support events that were and still are carried out in Poland for our neighbours from Ukraine. We have reacted also in terms of liquidity, risk, Business Continuity Planning (BCP)/ Business Continuity Management (BCM) procedures, as well as with the regulation and recommendations provided to the banks. Polish banks acted very swiftly and correctly. I would additionally like to mention a special dedicated offer with free-of-charge account opening, minimum formalities and abolished Dynamic Currency Conversion (DCC) fees for Ukrainians. All information is also provided in Ukrainian. There was almost no problem with the electronic payments, and only a couple of days with less money in the Automated Teller Machine’s (ATM) at the very beginning of the war. But today the situation is one hundred percent under control. It proved a stress test for the whole banking industry in Poland and we passed it brilliantly! 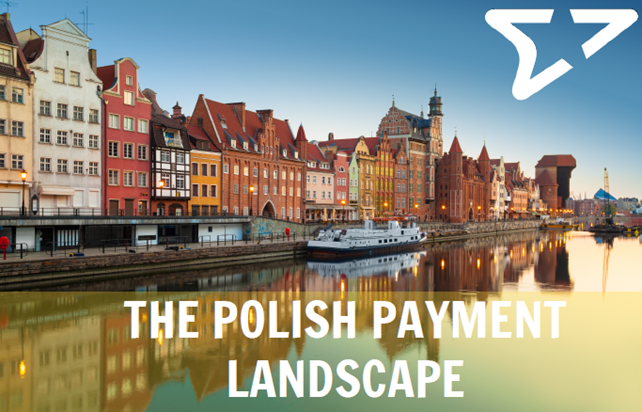 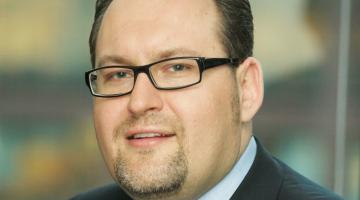 Head of Digital Banking and Payments at the Polish Bank Association

A graduate of the University of Economics in Cracow in the field of international economic and political relations, specialising in foreign trade and a scholarship holder of The Swedish School of Economics and Business Administration in Helsinki. Bartłomiej Nocoń for over 20 years is associated with the area of ​​digital banking and online financial management. In 2007-2018 at Bank Pekao S.A. he was the managing director and responsible for the implementation of the omnichannel strategy for retail clients and small and medium-sized enterprises. In 2010-2018, member and deputy chairman of the Supervisory Board of Contact Center - Centrum Bankowości Bezpośredniej Sp. z o.o in Cracow. Before joining Pekao S.A. Group, in 2003-2007 Bartłomiej Nocoń worked as an operational director in the e-banking area at Bank BPH S.A.

In 2020, Bartłomiej Nocoń joined the Polish Bank Association as director of the payment systems and electronic banking area. In January 2021 Bartłomiej Nocoń was elected to the Board of the European Payments Council ( ) based in Brussels.

Bartłomiej Nocoń is a well-recognised expert in the field of modern financial technologies and complex digital banking projects. He is the originator and co-author of a number of banking innovations that have significantly influenced the dynamic development of the payment system as well as electronic and mobile banking in Poland in the last years.