Preparation for SEPA by Public Administrations in France

Preparation for SEPA by Public Administrations in France

France's public administrations are currently working hard on the migration of national payment systems to . A large part of the significant progress achieved on the migration to date has stemmed from the existence of a steering group set up by the French government.

A special system to oversee the migration of public administrations to , made necessary by their weight in national payments and the specific nature of their organisation

France's public administrations are among the country's leading users of cashless payment systems. The central government, local authorities and public bodies annually issue more than 270 million transfers; Social Security bodies issue more than 600 million on top of that number. Together, this accounts for roughly 45% of the 1.9 billion transactions that transit via the STET-CORE clearing platform every year in France. France's public administrations are also behind approximately 300 million direct debits every year, or nearly 17% of total direct debits in France.

As such, the public administrations in the broad sense are heavily impacted by the new payment norms. They must adapt to ongoing changes (particularly with respect to transfers and direct debits) that should, in time, allow for the full automation of exchanges across the entire European banking system, partially and then fully replacing national instruments.

In the light of this constraint, it was vital for public administrations to adopt an organisation that took their specific nature into account.

The expenditure, receipts and accounts of France's central government, local authorities and most public bodies are managed by a single accountant, the Direction Générale des Finances Publiques (Public Finance General Directorate, DGFiP) and its bankers, Banque de France and Institut d'Emission des Départements d'Outre-mer. Together, they represent more than 170,000 bank accounts, in the names of public bodies that vary widely in terms of financial scope, responsibilities and regulatory arrangements. All of these bodies stream their transactions into IT systems managed by the DGFiP, upstream of which are located the various bodies' numerous "business applications".

The French government decided to set up a steering group to prepare the migration of the country's public administrations to in the aim of dealing with this diversity and ensuring that a single body was tasked with coordinating the project. This structure is known as the Comité Interministériel des Moyens de Paiements Européens (Interministerial Committee for European Means of Payment, CIMPE).

Since its creation in 2008, the Interministerial Committee for Means of Payment has sought to raise awareness among public administrations, local authorities, public bodies and social security departments about the Europe payment system and the changes ushered in by the project. It coordinates work done to update systems and roll out across the entire public and social security sectors. It is a member of the National Committee, which brings together, under the joint chairmanship of the Banque de France and the French Banking Federation (FBF), representatives of all stakeholders (members of Parliament, banks, consumer organisations, employer organisations, representatives of different economic sectors, etc.). As such, it is in direct contact with the banking community and takes part in the various working groups set up within this framework.

This coordinating structure does not have any coercive powers over the administrations concerned. It was therefore vital to ensure that it was chaired by a senior civil servant whose status facilitated contact at decision-making level within each of the public and social security bodies concerned. For this reason, its Chairman, appointed by the Finance Minister, is an Inspector General of the Finance Ministry. Mandated by the Minister personally, the Chairman reports directly to the Minister on the Committee's work and progress on the project.

This level of control has proven itself very quickly. The process of establishing specialised steering groups within our General Directorate and the initiation of the process of updating payment systems in accordance with came after a meeting between the President of the CIMPE and the Director General of Public Finance.

Similar contacts have prompted the creation of specialised steering bodies, such as the steering committees for the social security and hospital systems.

The CIMPE, comprising representatives appointed by each Ministry, was intended to set out the strategic roadmap to be followed by these specialised steering bodies. It keeps its members abreast of developments in the project and the state of preparations. It publishes indicators, organises discussions on shared problems and pools information.

As with any system run on project mode, the permanent structure of the CIMPE is very lean (two people aside from the Chairman: a rapporteur-general and a secretary). The Committee is not permanent.

Significant progress on the migration of public administration payments to

The initial migration work was naturally focused on Credit Transfers ( ).

In the public sphere, the first SCTs were issued in early January 2010, but their number truly surged at end of the first quarter, when the changeover of the application managing civil servants' pay began, with more than 7 million SCTs issued as of 30 June 2010. Since June 2010, SCTs have been used to pay Education Ministry employees' wages. This was extended to Interior Ministry employees in July. By the end of 2010, at least 80% of government transfers will be -compliant, following the changeovers for state pensions and the wages of local authority and public hospital employees.

As regards European direct debits, public administrations are ready to receive the first SDDs in November 2010. A draft action plan has been laid down to promote SDDs among local authorities. However, the new formula, which makes the creditor liable for the management of the direct debit "mandate", which, pursuant to the European directive on payment services, provides the possibility for the debtor, for an extended period, to demand repayment of a transaction that has already been executed, raises difficulties that will require public administrations to carefully monitor future changes to the rules on the ground.

They currently have the capacity to carry out more than 7 million SCTs per month. This figure should exceed 10 million per month by the end of November.

These steps demonstrate the significant commitment of the civil service to the success of this major project, which will be consolidated by upgrades of all computer applications, currently underway, thereby gradually allowing, in accordance with the national migration timetable, the shift to the seamless processing of public-sector payments in accordance with rules.

The Editorial Board of the Newsletter wishes to express its appreciation for the translation of this article kindly provided by the Fédération Bancaire Française (FBF).

So what's in a Name? Explaining payment schemes, instruments and systems. Clarity on payment terms is critical in the debate over the approach to setting end dates for migration to SEPA through EU Regulation

The Quantum Leap for SEPA Direct Debit. From 1 November 2010, all banks in the euro area are reachable for SEPA Core Direct Debit

Facing the Facts in October 2010. The EPC Newsletter tracks the progress of SEPA implementation

Yes, we can - Part I. Luxemburg: a case study in successful migration to SEPA ( Newsletter, Issue 3, July 2009)

France’s public administrations are currently working hard on the migration of national payment systems to . The French government set up a steering group tasked with coordinating the project. This structure is known as the Comité Interministériel des Moyens de Paiements Européens (Interministerial Committee for European Means of Payment, CIMPE). Since its creation in 2008, the Interministerial Committee for Means of Payment has sought to raise awareness among public administrations, local authorities, public bodies and social security departments about the changes ushered in by the project. This article is contributed by Daniel Perrin, Inspector General of the Finance Ministry and Chairman of the CIMPE. 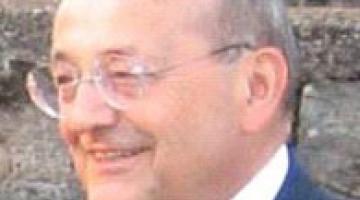 Inspector General of the Finance Ministry and Chairman of the CIMPE

Related Articles
The Shortcut to SEPA: Who Is Who and Who Does What
The EPC Newsletter also Makes for a Nice Christmas Present
Update EPC Plenary Meetings
Facing up to the IT Challenge
The Way is the Goal
Moving Forward
332 Votes for an End Date
Facing the Facts in October 2010
The Single Euro Cash Area
Searching for Enlightenment?
The Global Data Highway
An Epic Voyage: the SEPA Odyssey
So what’s in a Name? Explaining Payment Schemes, Instruments and Systems
The Quantum Leap for SEPA Direct Debit
Common Architecture for Mobile Payments
SEPA Schemes: Next Generation
Latest Insights
Bizum: The Spanish instant mobile payment solution
The payment landscape of Luxembourg
TPPs: latest views on PSD2 implementation
PSD2 implementation: challenges for ASPSPs