Public Administrations do not fully meet Expectations - yet

Public Administrations do not fully meet Expectations - yet

If is to succeed, the public sector should be among the key players to make it happen

The analysis of this second survey is based both on migration related data received from individual public administrations and on data at Member State level submitted by the designated authority coordinating public sector migration efforts in the respective country. These coordinating authorities are in almost all cases the Ministries of Finance/State Treasuries.

In 8 Member States dedicated central steering bodies have been established to drive migration of public administrations (Austria, Belgium, Cyprus, France, Malta, the Netherlands, Spain and Sweden). Of these Member States, Belgium, France and Malta have set up an inter-ministerial steering body. In Austria, the Netherlands, Spain and Sweden this coordination role is fulfilled by the Ministry of Finance/State Treasury and in Cyprus by the national central bank.

The survey results show that the actual migration rate by replying public administrations, especially at domestic level, is still lagging behind expectations. In the euro area, for the reporting period of March 2009, the migration rate by public administrations was 2.3 per cent and followed the trend of the overall national migration figure of 2.9 per cent. In this respect, it seems that public administrations are not fulfilling their catalyst role for the migration, despite being heavy users of payment services. However, three exceptions can be pointed out, namely Luxembourg, Slovenia and Belgium, with rates of 100 per cent, 60 per cent and 18 per cent respectively.

Administrations in 6 Member States (Austria, Belgium, Cyprus, France, the Netherlands and Slovakia) have defined an end date after which legacy credit transfers will become obsolete. Additional positive examples can be observed in several individual public administrations where a common national target end-date does not exist yet. These administrations have set their own specific target dates, namely in Finland, Germany, Italy and Spain.

Migration to IBAN and BIC

IBAN (International Bank Account Number) and BIC (Bank Identifier Code) are the only permissible account identifiers in . The survey shows that across the whole , 15 per cent of replying public administrations have fully completed migration to IBAN/BIC (Bulgaria, Greece, Latvia, Lithuania, Luxembourg, Slovenia and Romania); 17 per cent have partially started to initiate domestic payments with IBAN and BIC and 68 per cent have not yet started to use IBAN/BIC at all. Six Member States (Austria, Belgium, Cyprus, France, the Netherlands and Slovakia), where IBAN and BIC is not yet fully used, have set up a common target date for all public administrations to convert from BBAN to IBAN/BIC.

Migration to the ISO 20022 messaging standard (the Data Format)

The first Annual Progress Report on the state of migration issued by the Commission services in February 2009 concluded with regard to the migration rate by public authorities in the : "Since its launch, the uptake of in the public sector has been very limited." The latest findings show that this situation has not fundamentally changed yet. However, the results of the second survey indicate that public administrations have stepped up their coordination efforts and are currently preparing to move steadily to the new standards. The European Commission will continue to monitor preparedness of the public sector in the future. At the same time, the Commission will encourage public administrations to further speed up the migration process.

Facing the Facts in July 2009. The EPC Newsletter tracks the progress
of SEPA roll-out

In July 2009 the Commission services published the results of the second survey on the preparedness and migration of public administrations to for the reporting period of March 2009. The survey is conducted on a regular basis to monitor the engagement of public administrations - a key user of payments services - in the process. The latest survey results analysed will also feed into the Annual Commission Progress Report on the state of migration as called for in the ECOFIN Council conclusions of February 2009. Zuzana Kalivodova and Gerd Heinen highlight the key findings of the second survey analysis. The bottom line is: At this stage general preparedness of public administrations seems to be progressing at a faster pace than actual migration and consequently a significant increase in Credit Transfer rates could be expected during the remainder of 2009 and in the course of 2010. A link to the survey analysis is included at the end of this article. 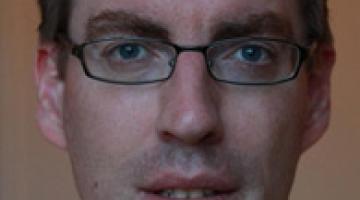 Related Articles
Rock the Vote
Early Adopters: move ahead
Update EPC Plenary Meetings
Bring in the Fun!
Get Involved!
It’s all Greek to You?
Just a Click away***
Light at the End of the Tunnel
Yes, we can - Part I
Home sweet Home or Global Village?
Facing the Facts in July 2009
The silent Revolution
Improving the Bottom Line
Take Payments to the next Level
Joint Action
Open for Business
Latest Insights
TPPs: latest views on PSD2 implementation
PSD2 implementation: challenges for ASPSPs
What’s next for RTP?
Greece’s steady progress towards a cashless society