Reflections on the progress towards pan-European instant payments in e...

Reflections on the progress towards pan-European instant payments in euro 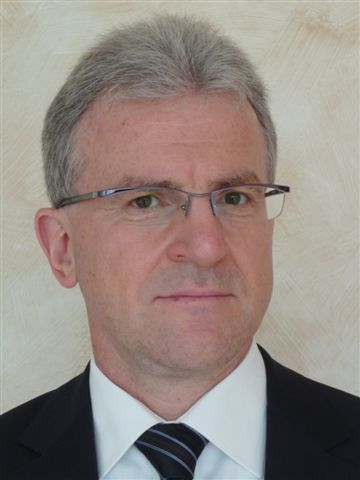 As the public consultation on the Instant Credit Transfer ( ) scheme continues, we carry on our series of key stakeholder interviews with Helmut Wacket, Head of the Market Integration Division at the European Central Bank’s (ECB) Directorate General for Market Infrastructure and Payments. In this interview, Helmut Wacket explains that Europe needs to strike a balance between setting targets that are attainable for most stakeholders, and remaining ambitious. He also outlines what the role of the Eurosystem and ECB is and how they will support to achieve instant payments. He also shares his thoughts on the evolution of the key characteristics of the scheme and its development in the near future.

I think that good progress has been made on the scheme so far, with the efficacy of the call to the industry and with the response from the industry. In 18 months (if we take the meeting of the in December 2014 as the starting point) we have advanced further towards the goal of making pan-European instant payments in euro a reality by the end of 2017. The scheme has been a key milestone along this way. Its main features were discussed in depth by a high-level group of the and the draft scheme rulebook is now out for public consultation (until 10 July 2016). I am broadly satisfied with the features of the scheme. Given the heterogeneity and complexity of the European market, I can also understand that while the maximum target processing time and maximum transaction amount limits are set cautiously, they can become more ambitious as the industry gains experience with the new scheme. Whilst being mindful of the challenges for the supply side, we should also remain ambitious, so that our concerted efforts do not lose momentum. In fact, a lot is yet to be done to ensure the pan-European instant payment scheme can fulfil its ultimate objective - to benefit all European users. The scheme will have to be widely implemented by Payment Services Providers and supported by clearing infrastructures in an efficient and effective way by November 2017.

The Eurosystem (of which the ECB is part) acts, and will continue to act, as a catalyst, overseer and operator to help achieve pan-European instant payments in euro. The catalyst function is, in my view, key at the current juncture because facilitating progress in the market is of the essence. This progress will also determine the degree of involvement and the level of services that the Eurosystem will need to provide as an operator. To fulfil its responsibilities in that respect, the Eurosystem will remain in close dialogue with market players and provide support at least with its settlement services. Once the scheme and the processing infrastructures are implemented and operational, the overseer will assess their safety and efficiency.

The market has already requested extended and enhanced settlement functionalities to support safe and efficient instant clearing at a pan-European level. We are in close dialogue with market players to identify what services could be provided to ensure safe and efficient clearing and settlement of pan-European instant payments. The Eurosystem has expressed its readiness to consider the potential user requirements for its infrastructures, including in its vision for 2020 and beyond.

Unfortunately, I do not have a crystal ball but as a gourmet, I know that appetite grows with eating. Also looking at the uptake in countries that have introduced instant payments, I anticipate a strong demand for instant payment services in euro across countries. In the current environment where businesses and consumers are used to real-time experiences – be it in terms of communication, availability of information or the possibility of buying goods and services – users will simply consider it the “norm” to also pay in real time. If providers do not want to lose out on this business and on users from future generations, they will have to provide instant payment services. Some jurisdictions even envisage substantial migration from to . While I do not think that will make other instruments redundant in the near future, I do believe it will see strong and fast growth and stimulate competition in retail payments for the benefit of end users.

No, we do not plan to respond to the consultation. As you know, especially in the context of the , the ECB has been constructively accompanying the development of the scheme. This will be assessed by the oversight function once it is operational. Formal and informal dialogue with the as the scheme’s developer and owner will, of course, continue, and this may well include specific aspects of the scheme.

The market has high expectations for the scheme, particularly considering the track record of and Direct Debits. I would thus “predict” a demand for increased service levels, with a shorter maximum target processing time and a higher maximum amount limit. could possibly evolve as “the” de facto standard for credit transfers to and from any account in . I cannot deny that other instruments may have to increase their speed and improve on their current features to live up to that standard.