Research by the European Central Bank Explores the Progress of Payment...

Financial integration is important for both the smooth operation and the efficiency of the payment system, and promoting it is also one element of the Eurosystem’s mission1. The Eurosystem comprises the European Central Bank (ECB) and the national central banks of the European Union ( ) Member States whose currency is the euro. Based on economic theory and empirical evidence, financial integration promotes competition, efficiency and growth. As a result, the convergence of retail payments has many implications for the overall performance of the economy.

In order to promote integration, policy-makers need tools and indicators to measure its level and progress. Even though there are an increasing number of studies on integration in other segments of the financial markets, its level and evolution in the retail payments market has been difficult to measure, and the empirical literature is very limited. With the ECB Occasional Paper ‘Convergence in European retail payments’ (see ‘related links’ below), methods which had been applied previously to measure integration in other segments of the financial markets have been applied to quantify integration in the retail payments market. The paper evaluates the level and evolution of integration by measuring the cross-country convergence of payment behaviours in Europe.

The analysis is based on data on the volume and the value of transactions made in cash, by debit card, credit card, direct debit, credit transfer and cheque, and in e-money, in the then 27 countries of the over the period 1995 to 20112. The present paper is the first to use recent enough data to fully measure the impact of the introduction of the single currency on retail payment integration. Moreover, the study provides some preliminary results regarding the impact of the Single Euro Payments Area ( ) and the recent economic crisis on the integration process.

The study applies two methods to quantify convergence: sigma convergence and beta convergence. The rationale behind sigma convergence is that if countries become increasingly homogeneous over time, the cross-country distribution of transactions should become less dispersed. In estimations, this translates to the standard deviation having a negative time trend, i.e. it decreases over time. Beta convergence is based on the idea of a catching-up process; in countries which start from low-level use of a particular payment instrument, the volume or the value of transactions should grow faster than in countries which start from a higher level.

Based on the findings in this paper, it can be argued that payment behaviours in the 27 countries have become more similar since the introduction of the single currency. However, considerable efforts are still required to further promote this development. Currently there is evidence of cross-country convergence in the euro area with regard to payment behaviours, especially for card payments, direct debits and credit transfers, and the speed of integration has accelerated for most of the payment instruments studied since the introduction of the single currency.

The findings also show that the level of integration depends on the market segment and seems to be sensitive to the overall trends in economic development.

The speed of sigma convergence for cash has been very slow. Moreover, cheques and e-money are exceptions, as countries diverge in their use of these two payment instruments. One possible reason for this lack of convergence could be that there is a negative overall trend in the volume and the value of transactions made by cheque. The divergence result reflects the fact that consumers are making fewer transactions by cheque in most of the 27 countries, while in the remaining countries, cheques are still relatively popular. For e-money, the overall number and value of transactions is increasing. This payment instrument is, however, still in its early stages of development and the total volume and value of transactions is relatively low. Countries differ in terms of the way in which they adopt payment innovations, and the dispersion in the use of e-money across countries is likely to reflect these different adoption patterns.

The recent financial crisis discouraged integration in many segments of the financial markets, especially in money, bond and equity markets. There is also evidence that in banking, cross-border activity declined during the period of financial turmoil. Even though payment behaviours are not likely to be affected by the same factors that led to disintegration in other financial market segments, namely mistrust and increasing differences in country-specific risks, it is nonetheless interesting to note that the convergence in retail payment behaviours has continued regardless of the Europe-wide crisis. However, it is hard to disentangle the effects of and those of the economic crisis on the convergence process, and the present study offers only some preliminary conclusions.

Since economic theory and empirical findings support the fact that integration promotes competitiveness, efficiency and growth, the process of integration should be considered beneficial, even at times of extreme economic uncertainty. Regardless of the positive findings regarding financial integration, it should be noted that payment behaviours are slow to change, and the differences in payment habits across Europe remain significant. The single market for European retail payments has not yet fully materialised and neither have its benefits. This paper may serve as a useful tool for policy-makers and market stakeholders when predicting the future trajectories of the European retail payments market.

Emmi Martikainen is Senior Research Officer at the Finnish Competition and Consumer Authority. Heiko Schmiedel is a Senior Expert in the Directorate General Payments and Market Infrastructure at the European Central. Tuomas Takalo is a Research Advisor at the Bank of Finland. He is also a Senior Researcher at the Katholieke Universiteit Leuven, and an External Advisor at the Finnish Competition and Consumer Authority.

The views expressed in this text are those of the authors and do not necessarily reflect the views of the ECB nor the Bank of Finland.

Gertrude Tumpel-Gugerell, then Member of the Executive Board of the European Central Bank. Speech ‘The Quest for the Holy Grail? - European Financial Integration: Achievements and Hurdles’, 16 March 2009

University of Barcelona: “Early Migration to SEPA Has Led to More Agile and Effective Account Reconciliation and Faster Processing of Payments”. The University implemented SEPA Credit Transfer in 2008 and will complete migration to SEPA Direct Debit by the end of January 2014

SEPA in the Context of the Financial Crisis. Retail payments business proves to be resilient. ( Newsletter, Issue 7, July 2010)

Clarity and Incentives Needed. ECOFIN conclusions of December 2009 on setting an end date for migration to SEPA ( Newsletter, Issue 5, January 2010)

Every Road has Got to End Somewhere: the Need for a Migration End Date. Re-emphasised by the European Central Bank ( Newsletter, Issue 2, April 2009)

Financial Crisis. SEPA can be part of the solution ( Newsletter, Issue 1, January 2009)

Newsletter: Articles Published in the Section ‘Focus: On Integration and Innovation’

1 See “The mission of the Eurosystem” on the ECB’s website (http://www.ecb.int/ecb/orga/escb/html/mission_eurosys.en.html).

In October 2013, Mario Draghi, President of the European Central Bank (ECB), reiterated: “The advantages of are considerable for the euro area (...) in particular, the project is an important element for the integration of financial services in Europe. The Eurosystem, under its mandate, is committed to supporting the project to promote the smooth operation of payment systems, both as a contribution to the efficiency of the euro area economy and as a way to support continued trust in the euro” (ECB e-Brochure, October 2013). The Eurosystem comprises the European Central Bank and the national central banks of the European Union ( ) Member States whose currency is the euro. Based on economic theory and empirical evidence, financial integration promotes competition, efficiency and growth. As a result, the convergence of retail payments has many implications for the overall performance of the economy.

The progress of payment integration is explored within the research paper released by the ECB, entitled ‘Convergence in European retail payments’. The authors Emmi Martikainen, Heiko Schmiedel and Tuomas Takalo find that retail payment integration in the euro area – and in Europe – has made progress however, considerable efforts are still required to further promote this development. Currently there is evidence of cross-country convergence in the euro area with regard to payment behaviours, especially for card payments, direct debits and credit transfers, and the speed of integration has accelerated for most of the payment instruments studied since the introduction of the single currency. The paper intends to aid policy-makers and market stakeholders in assessing the current and expected level of integration and future developments in the European retail payments market. This article summarises the main findings of the paper ‘Convergence in European retail payments’. 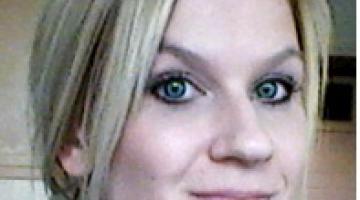 Senior Research Officer at the Finnish Competition and Consumer Authority 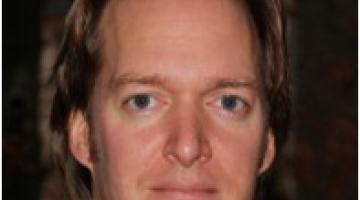 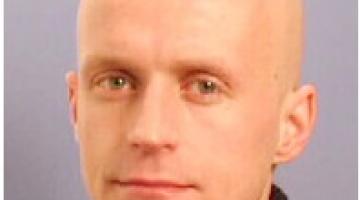 Research Advisor at the Bank of Finland