Meeting payment demands with a new approach to infrastructure

Today’s payment infrastructures were not designed for a global economy

As members of the European Payments Council ( ) are well aware, upgrading a payment system is a complex and monumental task. This explains why even some of the largest economies (e.g. USA) continue to rely on an infrastructure that is decades-old despite the transformative impact of internet technology on other mainstream industries (e.g. communication, media, etc).

By contrast, other major economies have invested in significant improvements: the euro zone’s investment in the Single Euro Payments Area ( ) and TARGET21, the United Kingdom’s investment in Faster Payments, and Australia’s investment in the New Payments Platform are prime examples. These demonstrate a clear interest and willingness to modernise the ‘rails’ that underpin payment systems.

These national and regional initiatives have proven enormously beneficial to their constituents, but fall short of addressing an increasingly global economy. The result is a fragmented array of infrastructures designed for specific economies, currencies, and markets.

Despite the international rule sets and messaging standards that have emerged, no ‘global rail’ exists to make these different systems interoperable.

In the absence of such global infrastructure, financial institutions rely on intermediaries – typically correspondent banks – to transfer funds across networks and borders. The reliance on intermediaries is capital-intensive, and leads to new costs, additional counterparty and settlement risk, as well as causes delays. Considering this is a period in which regulation and markets require lower risks, lower costs, and better services, these concerns affect the entire industry.

To remain competitive, the industry needs to adopt next-generation technology

The growing demand for faster, safer, and cheaper payment options – especially for cross-currency transactions – has drawn the attention of regulators and financial institutions.

As evidence, the United States Federal Reserve's payment initiative (see ‘related links’ and ‘related articles in this issue’ below) describes the context of its efforts: “Technology is rapidly changing many elements that support the payment process. High-speed data networks are becoming ubiquitous, computing devices are becoming more sophisticated and mobile, and information is increasingly processed in real time. These capabilities are changing the nature of commerce and end-user expectations for payment services.”

New non-bank financial service businesses are emerging to address these market demands. These businesses are using internet and mobile technology to take share away from the industry incumbents.

To remain competitive and meet today’s demands, it is becoming clear that the financial services industry will need to collaborate and adopt modern infrastructure that enables fast, low-cost and efficient payments. Payments technology will need to enter its next chapter, evolving from a cluster of fragmented systems to being globally interoperable.

The technological breakthrough: using the Internet for settlement

Ripple Labs is a technology company developing internet-based solutions for financial institutions to enable 24/7/365 real-time settlement. With a clear focus on settlement infrastructure technology, our solutions rest at the bottom layer of the payment stack, complementing and supporting the rules, governance, and standards of existing payment systems. 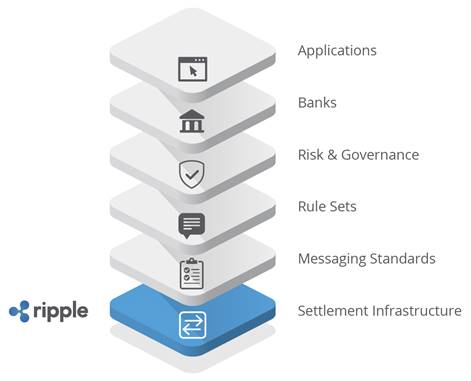 We are not attempting to create a new payment system. Instead we are focusing on enhancing existing ones by removing structural inefficiencies that create unnecessary risks and costs to payment service providers ( ) and their customers. We are doing so by collaborating with the key members of the existing system, including , central banks, regulators, and clearinghouse operators.

To achieve this end, we created an open internet-protocol (a public tool that is free to use) that enables to make necessary debits and credits to settle a payment. Rather than rely on an intermediary (e.g. a central counterparty), a can use Ripple to securely and efficiently transact directly with other ’ ledgers. Furthermore, this service does not rely on Ripple Labs – it is instead operated by participating and the third parties they authorise.

This is not the first time that internet protocols have been used as a neutral tool to facilitate interoperability. Early email domains existed as fragmented, siloed networks that were not interoperable – much like payment networks today. To address this issue, the industry adopted the Simple Mail Transfer protocol (SMTP), a common standard that provides seamless connectivity between networks and enables the interoperability we know and use today. This and other similar protocols resulted in the creation of what we think of as the ‘Internet of Knowledge’.

In its ‘Strategies for Improving the U.S. Payment System’ published in January 2015, the Federal Reserve described an email-like architecture for real-time payments: “A distributed architecture for messaging between financial institutions over public IP networks has the potential to lower costs compared to clearing transactions over a hub-and-spoke network architecture.”

Similar to emails enabled by SMTP, settlements enabled by Ripple are instant (every 3-5 seconds), always available (24/7/365), and rely on a distributed network of servers (meaning there is no central point of failure). Furthermore, Ripple can support any currency pairing, meaning it can facilitate both domestic (e.g. EUR/EUR) and cross-border (e.g. EUR/CHF) payments. This does not require the use of an unfamiliar currency as a medium-of-exchange.

By using Ripple as an internet-enabled settlement infrastructure, financial institutions can connect and make payments directly with each other, eliminating the costs, risks and delays that come with relying on intermediaries and central counterparties. This effort will form the start of the ‘Internet of Value’.

A platform for to collaborate and compete

Maximising the efficiency of managing and transferring funds is critical to all key members of the financial ecosystem: , central banks, network operators, and regulators. Ripple provides a framework to maximise liquidity.

Ripple was designed to complement existing currencies – not replace them. It does include a virtual currency (“XRP”), but as a feature of Ripple, not the core. XRP helps secure the network from attack and ensures its resiliency and reliability. It also helps scale the network by providing an optional liquidity bridge between fiat currencies; however, use of XRP as a bridge is entirely optional. A can freely choose to transact only in national currencies.

Ripple was created as a neutral, collaborative technology. By collaborating on a common settlement layer, can flatten the core costs and risks of payments and focus competition on products and services.

Improving and connecting existing payment systems is necessary to support the increasingly global and dynamic economy. This requires a collective effort within and between economies.

The euro zone is no exception. Erkki Poutiainen, Chairman of Clearing, described the group’s response to the European Central Bank’s instant payments initiative (see ‘related articles in this issue’ below): “We have resolved to contribute to the supply side effort that a Europe-wide move to instant payments will require and we feel that a pan-European collaborative effort is the best way forward to respond positively.”2

The successful formation of the euro and are proof that European payment leaders can mobilise some of the world’s most powerful economies towards a common good.

We believe that the , as a critically influential institution, is well positioned to continue to mobilise its constituents towards further integration and development in the area. Moreover, we believe it holds a unique opportunity to generate a model of next-generation infrastructure for the rest of the world to follow.

Video: Ripple Labs: Building the Internet of Money (video shown at the top of this article)

How to Use Blockchain Technology to Develop Faster and Cheaper Inter-banking Infrastructures. The blockchain protocol and the distributed ledger used by crypto currencies could provide banks with a competitive technological advantage, if adopted quickly

Australia's New Payments Platform: Down Under Gets Ready for the Digital Economy of the Future. The Australian payments community is laying the foundations for a new type of national payments system

The Future of Payments: European Commission Invited Exchange of Views at its Conference on Emerging Challenges in Retail Finance and Consumer Policy. Participants discussed latest developments, and ones to come, in terms of consumers' safety, accessibility and convenience ( Newsletter, Issue 25, January 2015)

Virtual Currencies: a House of Cards or a Mass Market Trend? The Answer to that Question Remains Pending. A commentary on the latest developments in the emerging virtual currencies landscape ( Newsletter, Issue 25, January 2015)

SEPA Migration (Euro Area) Round Up: the Transition has been a Success Throughout the Region. Market participants comment on the 1 August 2014 deadline and next steps in the SEPA process ( Newsletter, Issue 24, October 2014)

The Concept of an Open Standard Interface for Controlled Access to Payment Services (CAPS). A commentary: “Access to accounts – why banks should embrace an open future.” ( Newsletter, Issue 21, January 2014)

The Future of Payments: Markers for Success. The six markers which payments incumbents and newcomers alike can use to define positioning and strategies for successful innovation ( Newsletter, Issue 17, January 2013)

Newsletter: Articles published in the section ‘Focus: On Integration and Innovation’

Newsletter: Articles published in the section ‘Opinion and Editorial’

1 TARGET2 is the real-time gross settlement (RTGS) system owned and operated by the Eurosystem. The Eurosystem comprises the European Central Bank and the national central banks of those countries that have adopted the euro. TARGET stands for Trans-European Automated Real-time Gross settlement Express Transfer system. http://www.ecb.europa.eu/paym/t2/html/index.en.html.

Payment service providers ( ) to date largely rely on intermediaries (clearinghouses, correspondents) to settle payments. As a result, incur material costs and risks that can be prohibitively expensive - especially for cross-border and real-time payments. One solution for addressing this structural problem is Ripple. In this article, Welly Sculley and Ryan Zagone of Ripple Labs deliver insight on this new payment technology. Ripple is basic infrastructure that optimises the payment process. Ripple is a neutral (i.e. non-government, non-corporate public good) internet-based protocol for connecting and payment systems. can use Ripple as a common ledger to clear and settle transactions in real-time at the lowest-possible cost. Ripple structurally alters the payment process by enabling bilateral settlement and real-time funding. can use Ripple to provide their retail and corporate customers with new and enhanced domestic and cross-border payment services. These include: real-time payments, comprehensive transaction traceability and reporting, and additional reconciliation information. The authors argue that these capabilities will be critical as the global demand for faster payments and greater geographic coverage continues to increase. 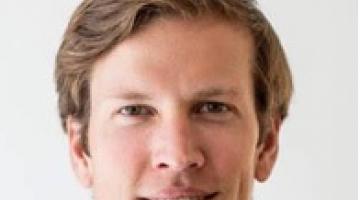 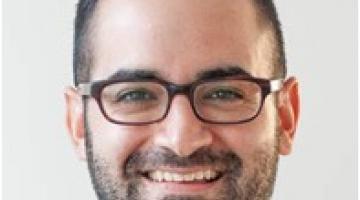