At this stage, Member States differ sharply in PSD interpretation

Despite the fact that the PSD seeks to fully harmonise the payments market it does leave room for interpretation with respect to several specific provisions. To ensure a common understanding of said PSD provisions across all Member States, the European Credit Sector Associations established the PSD Expert Group involving legal experts of the European banking industry. The recommendations and requests for clarification formulated by the PSD Expert Group have been regularly communicated to the European Commission. The Commission has been invited to share this information with the Member State Transposition Working Group, the platform established on European level to discuss PSD implementation involving government representatives. In this way the banking industry sought to initiate early on an in-depth dialogue between all parties as regards concerns related to PSD interpretation. The opportunity to establish a common interpretation of the PSD at the critical early stage of implementation, however, was unfortunately lost.

The banking industry voiced these concerns at the PSD Stakeholder Day organised by the European Commission (EC) in November 2008 to allow for an exchange of views between industry, governments and the EC itself on the state of PSD implementation.On this occasion it became clear that the Commission had refrained from sharing the recommendations provided by the PSD Expert Group throughout the past year with Member States. Not surprisingly, therefore, the PSD Stakeholder Day revealed stark differences in the interpretation of critical PSD provisions among several Member States. As a result, consistent implementation of the Directive is currently at risk.

Concerns around the interpretation of the PSD are posing significant risks for banks and other payment services providers that will be regulated by this legislation from November 2009 onwards. Of particular importance in this respect will be the chosen approach of Member States regarding the potential extension of PSD provisions to so-called one-leg out transactions as well as the provisions regarding refunds for unauthorised transactions and value dating on bank holidays.

Despite a very clear position to the contrary in the final text of the directive, it seems that a significant number of Member States are seriously contemplating extending the PSD's conduct of business rules to so-called one-leg out transactions, e.g. those payments traveling between the single market and the rest of the world. If this were to happen, there would be major unintended consequences on those markets concerned (e.g. Czech Republic), putting banks and other payments services providers in those countries concerned at a clear competitive disadvantage to the rest of Europe.

Furthermore, some of the PSD's provisions are simply not workable for these types of transactions - such as the maximum execution time requirement for payment transactions; the obligation to refrain from making deductions to the full amount of the transaction; and the allocation of liability to the sending payment services provider for ensuring successful execution of the transaction right up to receipt by the receiving provider bank.

Another topic related to the discussions concerns immediate refunds for unauthorised transactions. Some Member States conclude that such refunds would be applied immediately and before any initial proof on the unauthorised nature of the payment in question could be established by the payment service provider. The Commission provided helpful support in that instance by clarifying that refund claims relating to unauthorised transactions should be treated on a case-by-case basis and that where there is a suspicion of fraud, payment service providers should have sufficient time to investigate the case. The Commission and the banking industry jointly agreed that member states should refrain from setting any time limits for such transactions as part of their national PSD transposition.

An example of clear divergence between the banking industry and the Commission is related to the value dating provision in the context of a bank holiday. While the text of the PSD text makes it very clear that immediate credit and availability of a payment would be granted by a payment services provider for transactions happening on a business day, the Commission insists that the same principle should apply on a holiday. Such interpretation questions the whole concept of business day under the PSD and would certainly result in so far unanticipated investments on the side of the banking industry with no major benefits for the user side. If banks and other payment services providers follow the transparency requirements in the PSD by clearly signaling opening hours to all clients, the perception of any customer could be brought in line with banks' abilities to be operationally available for payments processing. This would be completely in line with the Commission's recommendation on user perception of when a business day happens.

Going forward: dialogue at national level should be intensified

Overall, the possibility of an open discussion on the occasion of the PSD Stakeholder Day in November 2008 provided a welcome opportunity for the banking industry to share key concerns around PSD implementation. However, a lot still needs to be done at European and national level to ensure that the PSD will bring the expected benefits of harmonising the legal environment in this field rather than creating more fragmentation, cost and risk for the banking industry.

The exchange of views at European level also demonstrated the need to intensify the dialogue between the banking industry and governments at national level in order to facilitate a clear understanding of critical operational and legal issues identified by the banking industry with respect to PSD implementation.

Ruth Wandhöfer chairs the PSD Expert Group and is a member of the  Payment Schemes Working Group (SPS WG). For any questions on the subject of PSD, Ms Wandhöfer can be reached via the Secretariat (e-mail to secretariat@europeanpaymentscouncil.eu). A regular PSD update will be provided as part of this Newsletter.

The Payments Services Directive (PSD) was published in the Official Journal of the European Union in December 2007. The PSD, designed to provide a common legal framework for the payments market, is the most significant and comprehensive piece of financial services legislation ever seen. All thirty countries of the European Economic Area ( ) must have implemented the requirements of this directive into their national legislation by 1 November 2009. If the intended benefits of the PSD are to be realised, a harmonised approach to implementation by Member States is crucial. Such a harmonised approach is currently at risk as a number of governments appear intent on defining their very own versions of the PSD. Diverging views are materialising with regard to the following issues: extension of the PSD's scope to so called one-leg-out transactions, immediate refunds of unauthorised transactions and value dating on bank holidays. The calls upon national governments to ensure consistent implementation. 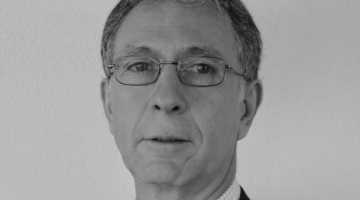