SEPA 2014: Avoid the Bottleneck, Get Ready Now. Facts and Figures on SEPA Migration

As previously reported, on 30 March 2012, the European Union ( ) ‘Regulation ( ) No 260/2012 establishing technical and business requirements for credit transfers and direct debits in euro and amending Regulation (EC) No 924/2009’ was published in the Official Journal of the . This legislative act is commonly referenced as the Single Euro Payments Area ( ) Regulation (see ‘related links’ below). The Regulation defines 1 February 2014 as the deadline in the euro area for compliance with its core provisions. Effectively, this means that as of this date, existing national euro credit transfer and direct debit schemes will be replaced by Credit Transfer ( ) and Direct Debit ( ). The Regulation affects not only payment service providers ( ), but also payment service users. All organisations making payments in the euro area must achieve compliance with the core provisions of the Regulation by 1 February 2014.

Council of the representing Member States confirms: the provisions of the Regulation “have to be fully respected by all market participants in euro area member states”

The Council of the “welcomes the successful entering into force” of the Regulation and confirms “that this is a significant step towards a truly integrated market for retail payments in euro.” The Council of the underlines that its provisions “have to be fully respected by all market participants in euro area Member States,” and emphasises that “competent authorities should cooperate intensively, on a national and international level, to ensure effective and harmonised compliance with the Regulation.”

The Council of the stresses that "all payment orders which are not submitted in the format" requested by the Regulation after 1 February 2014 "may not be processed by all payment service providers [ ] in euro area Member States, which otherwise would be sanctioned", and invites merchants, corporates, small and medium-sized enterprises (SMEs) and public administrations to “immediately take the necessary concrete internal steps” to become ready.

With its conclusions of May 2013, the Council of the recognises that “of all participants SMEs, small public administrations and local authorities are the least aware of migration and the least prepared for actual migration.” It also notes that “some stakeholders seem to be planning for a late migration and therefore may be exposed to undue operational risks impacting smooth handling of payments.” The Council of the therefore “calls upon all Member States to significantly intensify communication measures primarily at national level to eliminate existing public awareness gaps.” These communication measures, the Council of the states, should especially target “SMEs, small public administrations and local authorities.” Specifically, the Council of the proposes the following actions:

In March 2013 the European Central Bank (ECB) published its first Migration Report (see ‘related links’ below). According to the related ECB press release, the report “shows that most corporations have already completed the planning phase and know what will mean for them in practical terms. However, when it comes to the actual implementation, a number of companies have adopted very late internal deadlines, even as far as to the end of 2013.” Article 10 of the Regulation details how this legislative act is to be enforced. It clarifies that Member States must designate the competent authorities responsible to ensure compliance with this Regulation (see link to European Commission Website below to see the list of designated authorities).

The European Payments Council ( ) calls on public authorities in the euro area responsible for enforcing the Regulation to significantly step up their communication efforts, with particular regard to SMEs, small public administrations and local authorities on the legal obligation to meet the 1 February 2014 deadline.

The launched the Scheme in January 2008. As of July 2013, 4,518 offer services. Today, the delivering services represent more than 95 percent of payment volumes in Europe. The Participant Register, which lists the scheme participants, is publicly available at http://epc.cbnet.info/content/adherence_database. The absolute number of adhering to the Scheme has decreased slightly compared to previous reports due to merger and acquisition (M&A) activity.

The launched the Scheme and the Business to Business Direct Debit (B2B) Scheme on 2 November 2009. As of July 2013, 3,875 , representing more than 80 percent of payments volume, have signed up to the Scheme. As of July 2013, 3,397 also adhere to the Scheme. The separate Participant Registers for the and Schemes list the participants taking part in these schemes. These registers are publicly available at http://epc.cbnet.info/content/adherence_database. All branches of banks in the euro area reachable for direct debits at national level must be reachable for cross-border direct debits, e.g. the Scheme, since 1 November 2010 as mandated by Article 8 of Regulation (EC) No 924/2009 on cross-border payments in the Community. The absolute number of adhering to the Schemes has decreased slightly compared to previous reports due to M&A activity.

As reported in previous issues of the Newsletter, good progress has been achieved in the realisation of for cards. The 's Cards Framework (SCF) outlines high level principles and rules that, when implemented by the card industry, will deliver a consistent user experience to both cardholders and merchants when making or accepting euro payments or cash withdrawals. The SCF recognises the EMV standard for -wide acceptance of card payments. EMV is an industry standard to implement chip and personal identification number (PIN) security for card transactions to combat fraud. Migration to EMV in Europe is essentially complete: according to the quantitative Indicators, EMV transactions in the euro area (as a percentage of total transactions at POS terminals) reached 77.8 percent in December 2012 (latest data available).

2014: avoid the bottleneck, get ready now

In the April 2013 edition of the Newsletter (see ‘related articles in previous issues’ below), Wiebe Ruttenberg of the ECB clarified: “End-users, such as public administrations and businesses, big and small, have to get ready for the payment instruments, otherwise they risk refusal of transfers by payment service providers from 1 February 2014.” He points out:

The fully supports the recommendation of both the ECB and the Council of the that payment service users should aim to complete migration at the earliest stage possible, taking into consideration that the availability of external resources offered by banks and other service providers – including testing facilities – will be stretched to the limit towards the end of the year. The focus must now be on joining forces to assist, in particular, SMEs in the euro area that must meet the 1 February 2014 deadline. This requires coordinated efforts by national public authorities, and trade associations representing businesses and banks.

Organisations now working towards achieving compliance with the Regulation are invited to take advantage of the numerous resources offered by the banking industry and other service providers to support market participants during the transition. Relevant information is also made available with ‘The Migration Tool Kit’ (see ‘related links’ below). In addition, the offers best practice identified by early movers on the demand side who successfully completed migration to and (see ‘related articles’ below).

Council of the European Union: Council Conclusions on SEPA (14 May 2013)

The Mazet Group: “Migration to SEPA Credit Transfer and SEPA Direct Debit Has Generated Tangible Benefits for Us”. This medium-sized business will conclude the SEPA migration exercise before the end of 2013

“Talking about SEPA Migration to Small Businesses: Keep it Simple!” Says the Owner of Dance and Gymnastics School ‘Girlfriends’ (45 Direct Debit Collections per Month). This small business plans to complete migration to SEPA in the fall of 2013

EPC Newsletter: Articles Published in the Section ‘Get Ready for SEPA. Act Now!’

From 1 February 2014 onwards, organisations making payments in the euro area will have to carry out credit transfer and direct debit transactions in line with the core provisions set out in the European Union ( ) ‘Regulation 260/2012’ (the Regulation). In May 2013, the Council of the representing Member States stressed that the provisions of the Regulation “have to be fully respected by all market participants” in the euro area and that “competent authorities should cooperate intensively, on a national and international level, to ensure effective and harmonised compliance with the Regulation.” It points out that stakeholders “planning for a late migration” may be exposed to “operational risks impacting smooth handling of payments.” The Council of the therefore “calls upon all [ ] Member States to significantly intensify communication measures primarily at national level to eliminate existing public awareness gaps.” In June 2013, the European Central Bank published updated qualitative indicators, which measure the level of preparedness by stakeholder groups at country level. Based on progress achieved by the first quarter of 2013, all payment service providers in the euro area already are or will be -compliant by 1 February 2014. It is currently expected that ‘big billers’ in 15 out of 17 euro area countries and public administrations in all euro area countries except Estonia will complete migration on time. The data shows that small and medium-sized enterprises in five euro area countries are at risk of missing the 1 February 2014 deadline with regard to both and . Etienne Goosse reports. 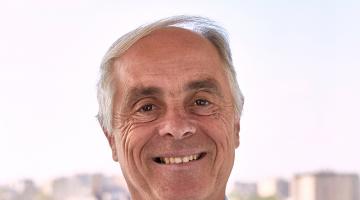