Following the pioneers: Japanese banks to implement the ISO20022 standards

The harmonisation exercise - in particular the pioneering role of the European banking industry with regard to the implementation of the ISO 20022 message standards1 - is closely monitored in the Japanese transaction banking sector.

The realisation of requires agreement on a common set of data to be exchanged in a common syntax. The data formats specified by the for the exchange of payments represent such a common data set. The data formats are a subset of the ISO 20022 message standards. These formats are binding for the exchange of payments between Scheme Participants (payment service providers offering services)2. With the launch of the Credit Transfer Scheme and the Direct Debit Schemes, European banks are the first in the world to deploy this new global data format - the ISO 20022 message standards - for mass euro payment transactions. This innovation is likely to have an impact far beyond Europe, as corporates and banks in Asia and in the Americas have already started to realise the global implications of 32 countries moving jointly towards this international standard.

The ISO20022 message standards will also be implemented in the Japanese retail payment system Zengin by November 2011. The Zengin System is the nation-wide payment system in Japan operated by the Tokyo Bankers Association. For Japanese financial and capital markets to be more competitive, it is important to improve further the security, efficiency and convenience of the payment and settlement systems by keeping pace with the advancement in information technologies. Introducing the ISO20022 format into the Zengin System is expected to further enhance interoperability with other systems, strengthen resilience against future changes, and to facilitate inclusion of new functionalities going forward.

Whilst the adaptation of  the Zengin system to international ISO standards takes place largely unnoticed by the average payment service user, does offer new possibilities for Japanese bank customers.

for the Japanese consumers: investment in and travel to Europe made easy

The average Japanese bank customer to-date is unfamiliar with the term " " given the fact that does not affect Japanese bank accounts or payments. However, will immediately benefit those Japanese customers travelling to and doing business in Europe. This is in particular the case for the so-called "Dankai" generation; e.g. citizens born between 1947 and 1949 who form the largest demographic group in Japan.

The Dankai generation - generally expected to continue being active in business after retirement from the work force, known to be IT-savvy and likely to travel abroad in the years to come - holds the majority of Japanese private sector assets in the total amount of 1.500 trillion yen or 11 trillion euro (this sum roughly represents the GDP of the 27 countries). Due to long running low interest rates, these customers increasingly are seeking investment opportunities. In consequence, the Japanese financial industry endeavours to activate these assets and to promote investments including in the European market.

To manage such investments, the international players can offer their Japan-based customers to open a non-resident bank account in Europe and to handle all related payments business via Credit Transfer and Direct Debit across the 32 countries. The convenience of managing a European account from anywhere in the world should further be increased based on e-invoicing as well as mobile and web-based cash management services.

Given the time available for travel following retirement especially for the Dankai generation, international players can issue credit and debit cards compliant with the Cards Framework (SCF) linked to the non-resident accounts of their Japanese customers. As a result, Japanese citizens travelling in Europe are spared the need to carry high amounts of cash or traveller cheques (and having to pay commission for currency exchange). In addition, tax refunds for duty-free purchases at the airport can be credited to the European non-resident account of a Japanese citizen for future use. Last but not least, holding a non-resident account in Europe allows Japanese travellers to take advantage of currency rates playing out to their advantage when contemplating the best time to travel to Europe.

The advantages of holding a non-resident bank account in extend not only to Japanese consumers, but also to Japanese enterprises doing business in Europe. In particular, collecting payments throughout Europe will be significantly streamlined due to the roll-out of Direct Debit services which in turn will generate cost reductions and efficiency gains while ensuring reliable cash-flow for businesses of all sizes.

In light of the above, is expected - once fully implemented - to have an impact beyond Europe: the harmonisation of the euro payment market will deliver the infrastructure needed to boost inter-regional trade and economic activity on a global level.

Kazushi Ishijima is responsible for Global Network Management in the Transaction Services Division at The Bank of Tokyo-Mitsubishi UFJ, Ltd (BTMU). Previously, he was in charge of commercial banking systems for overseas branches of BTMU; in this role, he managed the euro introduction project as well as the RTGSplus interface project in-house. While serving as Head of Systems Planning and Head of Payments Planning with BTMU in London, he oversaw implementation of TARGET2, and the PSD. Kazushi Ishijima represents the Japanese banking community in the ISO20022 Registration Management Group and the ISO20022 Payment Standards Evaluation Group.

The silent Revolution. The impact of ISO 20022 on payments services in general and SEPA in particular (EPC Newsletter, Issue 3, July 2009)

1 To learn more about the data formats based on the global ISO 20022 message standards refer to the publication "Shortcut to the Data Formats"; a link to this publication is included at the end of this article. See also www.iso20022.org.

2 Following the release of enhanced Implementation Guidelines for the customer-to-bank communication, in 2009 the approved recommendations on the reporting of transactions by banks to their customers. As a result, fully automated Straight-Through-Processing of a transaction along the entire process chain (customer-to-bank; bank-to-bank; bank-to-customer) is now possible. Implementation of the data formats in the customer-to-bank and bank-to-customer communication is not mandatory, but strongly recommended.

The harmonisation exercise aimed at the integration of the euro payment market is being closely monitored by banking communities around the globe. Pioneering the implementation of the ISO 20022 message standards with the launch of the Schemes in Europe has inspired the Japanese banking community: by November 2011, the Japanese retail payment system will be upgraded to the ISO 20022 standards with a view to enhance efficiency, convenience and interoperability. At the same time, Japanese financial institutions are evaluating the benefits associated with for Japanese corporates and SMEs doing business in Europe as well as for individuals seeking investment opportunities in the internal market. may not be a household name in Japan, says Kazushi Ishijima, but the Japanese payment industry closely monitors related developments. 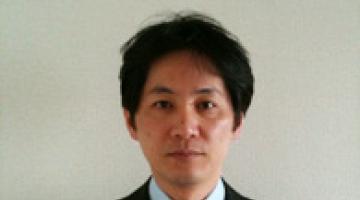 Responsible for Global Network Management in the Transaction Services Division at The Bank of Tokyo-Mitsubishi UFJ, Ltd (BTMU)