Yet cash will remain predominant payment method in 2014

The continued dominant status of cash in Europe is despite sustained growth in the volume of cashless retail payments, which grew by 160% or a Compound Annual Growth Rate (CAGR) of 6.2% between 2000 and 2008, from 54 billion to 87 billion transactions. Of these, 78 billion retail cashless payments (90%) were in western Europe, 9 billion were in central and eastern Europe, and 56 billion (64%) were in the eurozone. As a comparison, retail cashless payments in the USA increased by a CAGR of 4.5% between 2000 and 2008, to 102 billion transactions.

The long-term future of retail payments in Europe depends partially upon the business cases for substituting cash payments at retailers' points of sale with those made by (contact or contactless) payment cards, mobile phones and other devices. Numerous issues apply to the establishment of these business cases, which are explored in the RBR report. Overall, the future usage of different retail payment methods will be influenced by drivers such as the Payment Services Directive; the Single Euro Payments Area; reduced MSCs and interchange rates for payment card purchases, and especially low-value transactions; and socio-demographic factors.

Excluding atypical e-purse transactions, debit card purchases have the next lowest unit and marginal transaction costs (after cash) of all payment methods used at retailers' point of sale. They therefore potentially offer the best business case for cash substitution, which would be strengthened by increased debit card usage.

Increased debit card usage means banks might obtain processing economies of scale; consumers would have lower 'transaction fees' (calculated by dividing initial and annual card fees by the number of debit card purchases per year, and, in Norway, by adding purchase transaction charges); and retailers would benefit from the higher utilisation, and therefore the lower infrastructure costs per transaction, of their POS terminals and EFTPOS systems.

The financial crisis and the accompanying recession have had a dramatic impact upon the economies of European countries. Their overall effects on the use of cash are unclear, but they are expected to have some impact up to 2011 on the use of cash and cashless payments. This is because there is evidence from earlier recessions of a 'flight to cash'; cash tends to be used to pay for low-value essential items rather than discretionary higher-value purchases; and in most European countries there is a correlation between higher GDP and greater use of cashless payments.

Although there are wide variations between the commercial practices of banks, acquirers and issuers in different European countries, in general European consumers are infrequently given explicit pricing signals in relation to their use of different payment instruments (except in countries such as Finland, Norway and Sweden), and even more rarely are they given such signals for the payment methods they use at retailers' points of sale.

There is widespread evidence, however, that the rate of decline in the use of cash as a retail payment method could be accelerated if transparent and direct pricing signals were given to consumers on the real costs of cash. In effect this means ensuring that there is a correct balance between the relative costs of an ATM cash withdrawal and a debit card purchase transaction. The potential prize is huge, for it is conservatively estimated that the provision of direct pricing signals to consumers on the real costs of cash would accelerate cash substitution by between 1% and 2% per year.

Contactless payments, where payment cards or other devices such as a mobile phones, go-tags or key fobs are used to make payments without the cards or devices being swiped or inserted at point of sale terminals or other acceptance devices, offer significant potential for cash substitution.

This is highlighted by the successful closed transport contactless card schemes that exist in cities such as Copenhagen, London (the Oyster card), Paris (the Navigo card) and Moscow, and that are planned for other cities such as Brussels.

Contactless card payments for non-transport applications, using general-purpose cards issued by members of national or international payment card organisations, EMV standards and non-proprietary technology such as RFID and NFC, are expected to take off in 2010 in France and the UK. Other countries such as Italy, Poland and Switzerland will be relatively active but some distance behind.

M-commerce pilots and trials have occurred in many European countries such as France, Germany, Italy, the Netherlands, Poland, Spain, Switzerland and the UK; and there are operational m-commerce arrangements in Belgium, Denmark and Spain. Transaction volumes to date have been low, however, and it is expected that it will be at least 2011 before there is a significant rollout of m-payments infrastructure and usage.

It is forecast that there will be a significant increase in the use of cashless payments in Europe between now and 2014, accompanied by a general decline in the number of cash payments. However, cash will remain the continent's main retail payment method even at the end of this period.

In a "moderate' scenario" - which consists of an extrapolation of historic trends, a continuation of existing retailer- and consumer-related commercial practices, and an assimilation of known drivers and initiatives - the number of cash payments will decrease by a CAGR of 2.3% between 2009 and 2014, although they will still account for 63% of the estimated 414 billion retail payments in the region at the latter date. Cash usage will vary widely between different countries, however; it is forecast that cash will represent less than half of retail payments in 11 countries in 2014, with much lower proportions occurring in Finland, Norway and Sweden.

There are opportunities for greater levels of cash substitution in an "accelerated" scenario, but it is forecast that cash would still represent 56% of retail payment transactions in Europe in 2014 in this case.

It is forecast that there will be major changes to the European payments mix up to 2014. The rapidity of change will vary between countries, and for an individual country will depend upon a number of factors, including the impact of the financial crisis and recession on its economy; its banking and payments infrastructures; its banks' and acquirers' commercial practices; consumer payment preferences and habits; and the development and implementation of product and technological initiatives that may lead to cash substitution, such as contactless payments.

Many implications and actions

The movement away from cash and towards cashless payments up to 2014 will have implications for individual payment industry stakeholders - regulators, governments and public institutions, central banks, payment card organisations, retail banks, issuers, acquirers, retailers, consumers and others. In general, stakeholders will need to take the explicit and positive actions identified in the report if they want to accelerate cash substitution.

Rob Walker is RBR's cards and payments expert, who has worked exclusively on retail payments, and especially payment cards, since 1985.

This article has been reprinted from Banking Automation Bulletin, January 2010.

Overcoming the Homer Simpson in us. How to create a less-cash society (EPC Newsletter, Issue 2, April 2009)

One important objective of the initiative is to encourage a shift from cash to electronic payments. Yet despite political and strategic imperatives to reduce cash usage, and the fact that it accounts for a falling proportion of retail payments, cash is still the predominant retail payment method in Europe. It accounted for 78% of the 388 billion retail payments in the continent in 2008, or nearly 301 billion transactions, based upon an analysis of the latest data for 28 countries conducted by Retail Banking Research (RBR) for its new independent report The Future of Cash and Payments. In 2008 the total cost of distributing, managing, handling, processing and recycling cash and of accepting cash payments was €84 billion; equivalent to 0.60% of Europe's GDP or €130 per person. The report also forecasts that there will be a significant increase in the use of cashless payments in Europe between now and 2014, accompanied by a general decline in the number of cash payments. However, cash will remain the continent's main retail payment method even at the end of this period. Rob Walker summarises some of the report's main findings. 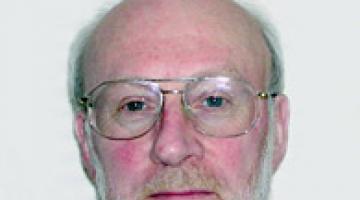