The Single Euro Payments Area Proxy Lookup ( ) scheme managed by the European Payments Council ( ) covers the exchange of the data necessary to initiate payments between proxy-based payment solutions on a pan-European level. Based on this scheme, the service has been ready for market use since February of this year. Christophe Godefroi, Senior Expert, Standards and New Developments, sheds some light on this new scheme for Insights readers.

First, could you briefly describe the Proxy Lookup ( ) scheme and what led to its creation?

The scheme covers the exchange of the data necessary to initiate payments between proxy-based mobile payment solutions on a pan-European level and to facilitate interoperability. It is important to note that the scheme is limited to a lookup function with the sole purpose of initiating a payment.

The actual payment is, however, not part of the scheme and is covered by an ‘overseen’ payment scheme within the geographic area.

The creation of the scheme goes back to June 2015 where, following the publication of the report and recommendations of the on Person-to-Person Mobile ( ) payments, the organised a stakeholder workshop which attracted over 80 participants from across Europe. One of the main conclusions from the workshop was the need to establish a Mobile Proxy Forum ( ) with the goal of setting up an interoperability framework and a pan-European service to address the recommendations agreed upon by the .

The Steering Committee of the held its first meeting in March 2016 and inter alia developed the rules for operating, joining and participating in the scheme as well as an Application Programming Interface ( ) specification (based on the ‘Repository Lookup’ specification defined in the Berlin Group’s1 ‘Mobile Interoperability Framework’). In March 2018, the selected equensWorldline as its preferred service provider following a request for proposal process and invited the to assume the role of scheme manager.

The was disbanded in summer 2018 following the signing of a transfer of copyright agreement – in relation to the rules and specification – by the and the . Next, the created the Scheme Participant Group ( SPG), which held its first meeting in September 2018 and is responsible for the scheme management of the service until the creation of a dedicated governance body ( Scheme Management Board), which will replace it in due course.

What are the use cases and benefits of the scheme?

In version 1.0 of the scheme rulebook, the focus is on (mobile) payments in which the mobile telephone number will be used as a proxy for an IBAN. It is, however, envisaged that the scheme will evolve over time to support additional proxy types, account identifiers and business models. To this end, the SPG is currently looking at how to enhance the scheme, and the market will be consulted on this around the end of May 2019.

The scheme aims to ensure a convenient way to allow any payment service user to initiate a pan-European (mobile) payment safely and securely, using a simple method with information other than a payment account identifier which the counter-party is prepared to share in order to enable a payment.

Scheme participants will benefit from the fact that they can offer their customers proxy-based payment solutions on a pan-European level.

Could you identify the main challenges in the deployment of the scheme across Europe?

As stated in the scheme rulebook, the value of the scheme is directly proportional to the number of participants.

The launch of the scheme has already generated considerable interest in a number of communities. The anticipates this will result in concrete scheme participation in due course. In this respect, it should, however, be noted that a ‘big bang’ was never anticipated and the number of scheme participants will grow gradually instead. Nevertheless, the is currently strongly focused on promoting the scheme across to expedite this process.

In addition, the is of the view that the attractiveness of the scheme will further increase following the integration of anticipated enhancements in the next version of the scheme rulebook.

How has the scheme evolved since its creation? What is next on the scheme’s agenda?

In February 2018, the launched a call for change requests for version 1.0 of the scheme rulebook. In line with the ’s scheme change management procedure, the SPG is currently preparing a public consultation document which incorporates all the change requests received and which is expected to be published on the website (subject to Board approval) by the end of May 2019.

Moreover, the SPG is also preparing a risk management annex  that is expected to be finalised before the end of the year. Due to the subject matter handled in this document, distribution will be strictly limited to participants adhered or applying to the scheme. 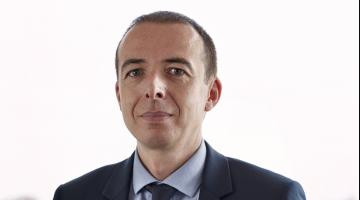 Christophe is responsible for the implementation guidelines for the payment schemes and the Standardised Proxy Lookup scheme management. He also provides support to the Euro Retail Payments Board ( ) Working Group on a access scheme.