Sweden is leading the race to become the world's first almost cashless society: the use of cash has been declining for years, and instant mobile payments and other new technologies have gained prominence. We discussed these rapid developments in the largest country in Northern Europe with Henrik Bergman, Director Financial Infrastructure at the Swedish Bankers’ Association and Kirstine Nilsson Edström, Head of Business Infrastructure for Consumer Payments and Cash Management at Swedbank.

Q. Cash is no longer king in Sweden. Can you tell us more about this phenomenon?

The use of cash is declining in the country and leaving space for electronic means of payment such as bank cards and Swish (a mobile payment system in Sweden). Digital payments via card or mobile apps are so common and trusted that many Swedes no longer carry cash. However, even though Swish is becoming increasingly popular, debit cards are still dominant among electronic means of payment1.

The cash now represents only one percent of the Gross Domestic Product (GDP), and the number of cash withdrawals has been declining by ten percent a year. On the contrary, the use of different kinds of cards keeps increasing every year. The two graphs below illustrate both phenomena:

While cashless payments might work most of the time, they may not work for everyone at any time. This means that cash remains an important means of payment for part of the population, including those who do not wish to or cannot manage their payments electronically. Recently, a legislative proposal was made on cash-availability as there is a need to keep physical currency on hand in case of emergency.

Q. The use of mobile payments is accelerating very sharply in Sweden. How would you describe and explain this trend? How broadly and for what instances are mobile payments used?

Swedes are tech savvy, and today they can buy more or less anything in the country using a card or phone. Moreover, new ways to perform bank services are increasing rapidly, e.g. mobile payment services, bank electronic identification (e-ID) and e-invoices.

The Swish mobile app now has seven million users (over two-thirds of the country’s population) in Sweden and performs about 45 million transactions per month. It’s not just beneficial for individuals wanting to pay each other; it’s also becoming an indispensable tool for businesses.

Another tool widely used in the country for facilitating digital payments in particular is BankID – the leading e-ID in Sweden. BankID was developed by several large banks for use by members of the public, authorities and companies. Today it averages four billion identifications and signings by eight million users yearly in Sweden.

Digital technology is changing every aspect of our lives and creating huge opportunities for society. The widespread use of the internet, tablets and smartphones is changing our habits: today, consumers expect ever easier, more efficient and secure electronic services, so private individuals and companies in Sweden broadly use instant electronic payments.

Also, Sweden is a prominent example of increased competition from new fintech players. However, both payment service providers ( ) and fintech collaborate and compete, which has resulted in successful innovations that make the lives of millions of customers in the country easier.

Q. Could you tell us more about the ongoing project P27 and Sweden’s role in and goals related to it?

The P27 project aims to establish a single, pan-Nordic real-time payment infrastructure for the 27 million inhabitants of Denmark, Sweden, Norway and Finland, starting with Sweden. Its vision is to establish within the Nordic countries the world’s first integrated region for domestic and cross-border payments in multiple currencies through an open-access, common infrastructure that should enable state-of-the-art payment experiences for customers in the four countries.

Payments would instantly convert into the other specific currency, and we would execute the foreign exchange transaction and accompanying screening in real time. P27 is currently on track to realise the pan-Nordic vision with its first transactions in 2021.

Nordic Payments Council (NPC), a not-for-profit association, has been established to manage schemes for payments in Nordic currencies. These schemes are largely based on the schemes and standards. Sweden has started planning for migration of legacy credit transfers in SEK to new infrastructure based on new rulebooks. Director of the Financial Infrastructure Department at the Swedish Bankers' Association

Henrik is Director of the Financial Infrastructure Department at the Swedish Bankers' Association. He has more than 20 years’ experience in the areas of financial infrastructure, regulation and product development, predominantly regarding payments. Henrik has been involved in development since it started and has been engaged in several national and international organisations with harmonisation and standardisation as main purposes. He is member of the board in the European Payments Council, Swedish Institute for Standards, the Internet Foundation in Sweden and 2014-16 he was chairman of the board in Getswish AB. 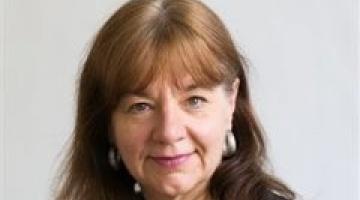 Kirstine has more than 25 years of experience in the payments and cash management area and is responsible for Business Infrastructure supporting Consumer Payments and Cash Management. Mrs Nilsson Edström is a member of the board of Clearing, the General Assembly, Chair the Nomination & Governance Committee and is active in multiple Payment Market and Regulator bodies on and National levels.