An interview with Boris Brunner, Member of the Executive Board of SIX Interbank Clearing Ltd.

The payment schemes are based on ISO 20022, a global open standard developed by the International Organization for Standardization (ISO). The migration to was possible thanks to the widespread adoption by European payment service providers ( ) of this standard, which has become the true language of payments. Switzerland already adopted IS0 20022 for its transactions, and its other payments in Swiss francs (CHF) are now progressively shifting to ISO 20022 as well.

We interviewed Boris Brunner, from SIX Interbank Clearing Ltd. (the organisation responsible of the move of the global Swiss payment system to ISO 20022) to learn more about the shift to ISO 20022, its benefits and challenges.

The Swiss financial centre currently has two different direct debit schemes. In the course of standardisation, the Swiss banks and PostFinance, the financial institution owned entirely by Swiss Post, aim at implementing a single scheme throughout Switzerland with a common form of direct debit message based on ISO 20022 (pain.008). The new Swiss direct debit is expected to be launched in the fourth quarter of 2018.

Q - What will be the next phases of the migration to ISO 20022 project? In particular, when will the interbank phase be achieved, and what will happen next?

In Switzerland, we are progressively putting in place ISO 20022. The first step, completed in May last year, was a thorough technological overhaul of the Swiss interbank payment system in euro (euroSIC) and Swiss francs (SIC). This created the basis for implementing the Swiss financial industry’s decision to harmonise payments by bringing all the different payment procedures and standards into line with ISO 20022. That is the case for both domestic and foreign payment traffic in the customer-to-bank and interbank sectors.

All financial institutions participating in the Swiss interbank payment systems will have migrated the Swiss proprietary message standard to ISO 20022 by November 2017. Furthermore, the migration of SWIFT FIN messages to ISO is due by November 2018 at the latest.

All this has repercussions on the banks’ customers, of course. After mid-2018, for instance, corporate customers will only be able to submit payments using the ISO pain.001 message instead of the current Swiss proprietary format. At the same time, they must be able to receive ISO pain.002 messages, with which the banks can inform their customers about the status of the transmitted payment instructions. Banks must also ensure that they can offer their corporate customers end-of-day account statements with the ISO camt.053 message. It is also recommended that the camt.052 message for intraday account statements and the camt.054 message for debit and credit advices also be available.

Once this is all done, not only the new Swiss direct debit scheme is going to be introduced but also a QR code-based solution called the ‘QR-bill’, which will be replacing all different payment slips currently in use as of January 2019. Needless to say that the QR-bill can be introduced only when billers have converted their systems to the ISO 20022 standard across Switzerland, which, as I mentioned before, is scheduled to happen by mid-2018.

Q - What is the biggest challenge you have met so far in the migration to ISO 20022 in the interbank space? And what is Swiss ’ point of view regarding the decision to migrate the whole Swiss payment system to ISO 20022?

Leaving apart the technical overhaul of the interbank systems which took several years, the biggest challenge was – and is – engaging more than 250 financial institutions to follow up with all the migration steps necessary. They had to be motivated to register for the migration, to choose migration windows, etc. We are aware this change is extremely complex, and that its impact goes way beyond the circle of the in-the-loop banks. The parties responsible for payments in Switzerland are committed to serving the end user. In order to do so the Swiss financial centre is working in its usual cooperative model between banks, service providers and the Swiss National Bank. Since our endeavours are not based on law but stem from cooperation, we promote an ongoing dialogue and engagement with the Swiss as well. There is a common understanding that by setting this milestone we are creating the conditions for further payments innovations, enhanced efficiency at banks and for their customers.

Another challenge is message truncation during the migration phase. As we decided not to do a like-for-like migration in order to make use of the larger ISO 20022 fields, we also needed a solution in place for storing truncated messages as long as migration is not completed.

Q - Will companies be required to take any specific action in order to comply with ISO 20022?

Sure they have to, when it comes to the exchanging of data between customers and banks. Crucial for the switchover to ISO 20022 is the type of software used for payment transaction processing. If a standardised Enterprise Resource Planning software solution is used, the companies have to plan and budget the update, check it with their software providers, undertake the necessary configurations (e.g. banking connection, account number, master data) and be in contact with their house banks. Most of the Swiss Small and Medium-sized Enterprises’ are in this situation. If a company – mostly corporates – has a customary solution in use, then it must make it ISO 20022 compatible, that is to say, launch a project in order to carry out the implementation in a structured manner, in coordination with the IT department and the banks.

Q - Can you tell us about the benefits of an increased standardisation thanks to the migration to ISO 20022, for Swiss and payment users?

We are aware that as a result of harmonisation all private companies, the public sector, non-profit organisations, associations, and ultimately private individuals as well, will have to modify their payment processes. But the costs of this investment in the future must be put into perspective when you consider the importance of payments for the economy as a whole. Payment systems make a key contribution to Switzerland’s economic output by supporting the entire range of domestic and international business processes. Every year, payments worth around CHF 39 trillion are processed via the interbank and customer payment systems. This means that the equivalent of 60 times the Swiss GDP is transferred via the financial industry’s infrastructure.

Under ISO 20022, all payment and control processes are seamlessly connected, and following the switch to the new message types will be substantially more efficient. This will also be an opportunity for organisations to optimise their cash management, which will reduce the cost of capital.

A recent study conducted by Deloitte on behalf of the Swiss financial industry indicates that annual process and capital costs will be CHF 271 million lower following the changeover to the new standardised and harmonised payment world. CHF 197 million, or three-quarters of these savings, will fall to private companies, and CHF 9 million to the public sector. Financial institutions themselves will save some CHF 65 million a year, but will contribute CHF 550 million, the lion’s share, of investment costs. The private sector can expect to have to pay one-time costs of CHF 500 million, which it will be able to amortise within around two years and a half; the public sector’s costs will amount to CHF 80 million. 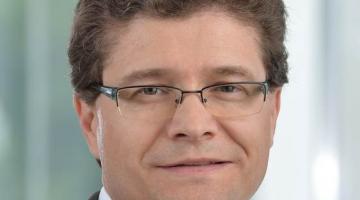