From Suggestions for change to Change Proposal

The Schemes will evolve over time to reflect changes in market needs and updates in standards based on a transparent change management process and a predictable release schedule. These principles ensure planning security for all stakeholders. In accordance with the change management process stipulated in the Scheme Management Internal Rules annexed to each of the Rulebooks, the had invited stakeholders to forward suggestions for changes to the Credit Transfer Rulebook by a deadline published well in advance on the website.

In consideration of the suggestions received the Payments Working Group (SPS WG) is now formulating a Change Request with regard to the 2010 Rulebook Release. The preparation of the Change Request involves detailed analysis of the suggestions for changes received including a cost-benefit analysis, dialogue with the initiator and, if appropriate, market research. Based on this analysis, the SPS WG decides whether to accept a suggestion for change into the change management process or not. Initiators of any suggestions for changes are notified of the decision taken by the SPS WG. All suggestions to modify the Rulebook received by the - irrespective of whether they have been accepted into the change management process - are published on the website, permitting such a list to be openly viewed by all stakeholders.

The Change Request resulting from the analysis of the suggestions for change received includes a detailed description of the proposals to modify the Rulebook and the impact on the Rulebook that would result from implementing such changes.

Public consultation of the Change Request

Approval and implementation of the updated Rulebook

Taking into account comments received during the consultation, the SPS WG completes a Change Proposal for submission to the Plenary. When approved by the Plenary in September of a given year, the updated version of the Rulebook will be released in the third week of November of the following year to allow for alignment with SWIFT message releases. The release date, therefore, is preceded by a freeze period of 12 months to allow sufficient lead time for implementation of changes.

In May 2009, the will release the Change Request pertaining to the 2010 Scheme Rulebook release for the 90-day public consultation. In accordance with the change management process outlined above, the SPS WG will submit the related change proposal to the Plenary in September 2009. Any operational changes to the Credit Transfer Scheme approved by the September 2009 Plenary will then take effect in November 2010.

Related article in this Newsletter:

The evolution of the Scheme Rulebooks is subject to a transparent change management process which offers all stakeholders the opportunity to introduce suggestions for changes to the schemes. Stakeholders are also encouraged to provide feedback during public consultations preceding any updated release of a Rulebook. Christian Westerhaus outlines the Scheme change management process from initiation to implementation. The public consultation on changes possibly to be introduced into the 2010 Credit Transfer Scheme Rulebook release starts in May 2009. 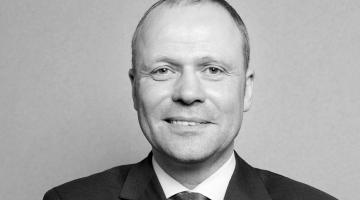