Towards a SEPA migration end date?

Towards a SEPA migration end date?

The results of the public consultation showed that a large majority of respondents support the idea of setting some end-dates to stimulate migration to credit transfers and direct debits. The project holds much promise in terms of improved efficiency, dynamism and competitiveness of the European economy. Offering both the legacy and the new products in parallel would prove a costly business for payment providers. In addition, setting clear deadlines for the migration to would send a strong signal that is an irreversible process. It would provide certainty and allow for the appropriate planning of migration, as well as the attribution of the necessary budgets. It would also raise awareness regarding the project.

Some, in particular users, however underlined that some conditions should be met before such end-dates could be set. These conditions include the need to have products of high quality which would fully meet users' needs and at reasonable prices. For them, deadlines for migration should moreover not be set before products are made available and before users have the opportunity to use them during a certain period of time.

A number of respondents nevertheless considered that there was no need for such end-date(s). The main reason put forward was that migration should not be imposed on the market. It should, in their view, be a market-driven process, respecting payment service providers' freedom of business, as well as users' choices.

Support for a Regulation at European level, with some flexibility

A majority of respondents also indicated their preference for a regulation at European level so as to provide a clear signal to market participants that migration was now irreversible. Some however emphasised the need to associate all stakeholders to the decision-making process for the success of .

The end-date(s) should be set at European level, according to most of the respondents, but with some flexibility allowed at national level to set earlier end-dates in order to take into account the specificities and degree of readiness of each market.

A large majority of respondents also considered that an end-date should be set separately for, respectively, credit transfer and direct debit, since both schemes were not launched at the same time and do not have the same level of maturity. One common end-date would on the contrary entail the risk of delaying migration.

Scope of the end-date

Some also pointed out that not all legacy payments should necessarily migrate to payments. In some markets, some legacy instruments indeed present specific functionalities, due to historical or legal reasons, which are not available within schemes, which makes migration more difficult.

In its 11 March resolution, the European Parliament has expressed strong support for establishing an end-date and has called upon the Commission to come forward with a proposal.

The Commission will discuss this matter with Member States before taking a decision on how best to proceed.

The X Factor. Are EU governments still committed to making SEPA a reality?

SEPA only - the EPC Vision. The EPC issues recommendations on end date for migration to the SEPA schemes (EPC Newsletter, Issue 2)

SEPA Roadmap: how to make SEPA a Success. European Commission Communication on "Completing SEPA: a Roadmap for 2009-2012"

In September 2009, the Commission services published the results of a public consultation on whether and how deadlines should be set for the migration of existing national credit transfers and direct debits to the new Single Euro Payments Area ( ) payment instruments. 136 responses were received both from the supply and the demand side, which show the strong interest of stakeholders. Respondents generally expressed support for fixing at level a deadline for the full migration to . The Commission will discuss this matter with Member States before taking a decision on how best to proceed. Véronique Margerit summarises the feedback received. 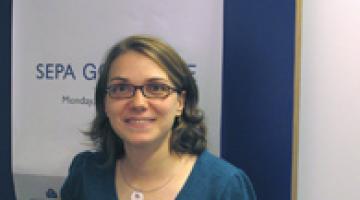