Kela, the Social Insurance Institution of Finland, disburses payments to the majority of the Finnish population. The institution manages more than one hundred different types of benefits and compensation schemes. The annual value of benefits and compensations amounted to approximately 12.2 billion euros (in 2010). Kela makes some 33.3 million payments annually, which include 250,000 cross-border payments.

According to the Kela 2009 Annual Report, the agency disbursed:

Kela customers increasingly manage their transactions on the internet. In 2009, Kela recorded twelve million visits to its website, with 12.6 percent of all benefit applications submitted using the online facility. Families with children and students were found to be the most eager users of online services.

The Kela project - questions and answers

Newsletter: When did your organisation decide to set up the Single Euro Payments Area ( ) implementation project?

Anneli Seppälä: In October 2007, we set up a dedicated work team of our payment experts to analyse which changes would be required within the organisation in order to migrate to . This research also identified the staff to be appointed to the Kela implementation team. Based on this analysis, we developed a very specific project plan which led to the start of the actual Kela project in May 2008.

As Kela does not collect direct debits and does not make card payments, its project focused on the implementation of the Credit Transfer ( ) Scheme. We also opted to implement the ISO 20022 message standards, based on the XML syntax in the customer-to-bank space. Later we will set up a separate project to implement the ISO 20022 message standards in the bank-to-customer space, such as account and transaction reporting and the new international RF creditor reference standard ISO 11649.

To ensure coordination with other stakeholders, we participated in two meetings, organised by the Federation of Finnish Financial Services. Given that Kela has relationships with several banks, we also attended some 20 meetings with individual banks throughout the process.

Newsletter: Given that there was no legal obligation for Kela to implement - what motivated your organisation to engage in the process at such an early stage?

Anneli Seppälä: In Finland, the banks announced very clearly in the early stages that, according to the official Finnish Migration Plan, they would also implement ISO 20022 in the customer-to-bank space by the end of 2010. After that the domestic customer-to-bank standards would not be used at all. There was no other alternative than to start the project. Because of the multitude of IT systems impacted, it was of utmost importance to start the project at once to be ready by the requested deadline.

The Finnish Migration Plan was later modified so that the banks could offer domestic standards and services through national legacy clearing systems as a special service until the end of October 2011. Kela however, had no reason to change the original timetable. The required changes had already been implemented and many more development projects were already in the pipeline.

Newsletter: Which steps did Kela take to implement and the ISO 20022 message standards?

Anneli Seppälä: The Kela team was led by a steering group, which oversaw the entire project. The steering group approved individual project plans and timetables, guided the work and signed off the results. A separate coordination group managed a total of 37 implementation projects and sub-projects. The coordination group defined the tasks, timelines and milestones of the individual project teams and monitored their progress to ensure that overall project goals were met. Timelines were determined taking into consideration in-house processes as well as external dependencies such as legislation at European and national level, readiness of banks cooperating with Kela and the Scheme Rulebook release management cycle of the European Payments Council ( ). In addition, the coordination group specified principles to be observed in the process of adapting systems and procedures to comply with . The coordination group was headed by the project manager.

Major projects handled by individual teams included updating the giro forms used to initiate credit transfers, all systems that operate on the basis of account numbers and bank codes to allow use of the International Bank Account Number (IBAN) and the Business Identifier Code (BIC). Transitioning to IBAN and BIC also required adaptation of all relevant databases as well as online forms and electronic services enabling beneficiaries to communicate with Kela. IT systems were updated to ensure that ISO 20022 payment initiation messages could be generated, which constituted another very important work stream. Kela also implemented the ISO 20022 message standards for non- cross-border payments. We actually created a new payment system to be able to send ISO 20022 payment initiation messages to the banks. This new payment system also handles return messages. Last but not least, additional web services and a public key infrastructure (PKI) were implemented.

Newsletter: What were Kela's timelines to achieve readiness?

Anneli Seppälä: The Kela project plan defined 18 separate phases. During each phase specific milestones had to be met. We decided on a phased migration approach rather than a 'big bang' scenario to achieve readiness for payment volumes handled under separate benefit schemes and through different banks. In our in-house project lingo, we described this as 'adding' another benefit scheme and 'adding' another bank to . Many of the 37 individual implementation projects, managed by the coordination group, were tasked to achieve readiness of a specific social security scheme. Other projects focused on the necessary adaptation of relevant IT and payment systems, databases and other interfaces. The timelines of the Kela project were aligned with the official Migration Plan of Finland. Kela therefore aimed for the migration of all its payments to by the end of 2010.

We sent our first 10,000 payments in May 2009 and since October 2010 all Kela benefit payments are payments. In 2010, Kela disbursed some 21.6 million credit transfers. The Kela coordination group concluded its work at the end of 2010.

Newsletter: Please describe the resources required to implement the Scheme and the ISO 20022 message standards?

Anneli Seppälä: More than 200 people were involved in the Kela project. The hours dedicated to the project including adaption of all IT systems amounted to the equivalent of 50 man years. The resources and number of staff hours required slightly exceeded initial estimates.

Newsletter: What were the main challenges in the implementation project?

Anneli Seppälä: Due to very careful planning, based on the initial in-depth analysis of changes required to implement and the ISO 20022 message standards in the customer-to-bank communication, the process evolved quite smoothly. It was necessary however to adapt some of our original target dates in response to the shifting timelines of other players. As mentioned before, Kela has relationships with different banks, which did not all progress at the same pace in terms of achieving -readiness.

Target dates of the Finnish legislator to finalise legislation impacting implementation also continued to change. In some cases the IT system updates of relevant counterparties took longer than we expected. Incidentally, the details concerning benefits disbursed through Kela did not show correctly on account statements, which then meant unforeseen trouble shooting until the problem could be fixed. We did however manage to meet the overall project deadline despite these challenges.

Newsletter: What are the most important lessons learnt?

Anneli Seppälä: The Kela project relied on the following premises: firstly, we decided to manage the entire process in-house. Due to the fact that we appointed in-house staff to upgrade all relevant IT systems, rather than to rely on external providers, we were in control of the process at all times. Secondly, our goal was to create long-term -compliant solutions rather than to rely on conversion services used to 'translate' legacy formats into ' lookalikes'. We also opted to implement the required web services and PKI instead of choosing an interim solution. As a result, all Kela systems are now compliant. Lastly, it proved very important to have a full time project coordinator.

Newsletter: Taking into consideration the resources involved in delivering the Kela project, what have been the main benefits of implementation?

Anneli Seppälä: The main benefit and success has been in the handling of the Kela payment business based on and the ISO 20022 message standards, which works very well. Our experience confirms that our payment processes are more efficient following implementation.

Anneli Seppälä is the Payment Processing Manager of Kela, the Social Insurance Institution of Finland.

The Website features a dedicated page ' Migration - Reports, Case Studies and Indicators'. This page includes Newsletter articles reporting on the migration experience in the different countries. To view this page click here

Facing the Facts in April 2011. The EPC Newsletter Tracks the Progress of SEPA Migration

Facing Up to the IT Challenge. Choosing the right IT strategy for SEPA compliance ( Newsletter, Issue 8, October 2010)

Kela, the Social Insurance Institution of Finland, disburses benefits under a broad range of social security schemes, which services the majority of Finnish citizens. Kela is at the forefront of European bank customers who opted for early implementation in recognition of the long-term benefits associated with the transition to payment schemes and standards. Kela is also representative of the Finnish public sector, which spearheads migration by public administrations in the European Union. According to the European Commission Services' fourth survey entitled 'Public Administrations' Preparedness and Migration to ', published in February 2011, public administrations in Finland boasted a Credit Transfer ( ) migration rate of 74.8 percent in October 2010. The overall migration rate in the euro area at the time stood at 9.6 percent. Anneli Seppälä, the Payment Processing Manager of Kela, reports on the Kela project and shares its lessons learnt from the migration process. 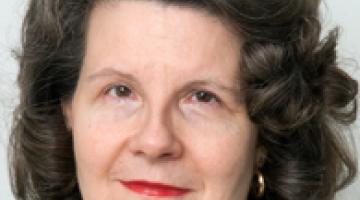 Related Articles
SEPA Scheme Change Management
EPC Plenary Meeting Update
Time to Prepare the Eulogy - 'Six Feet Under' for the Magnetic Stripe in SEPA
The Magnetic Stripe: Why it is Hard for Americans to Say Good-Bye
Moving Into New Territory
Dare to be Bold: Electronic Legal Tender is an Option
More Europe is Needed, Not Less
Facing the Facts in April 2011
Innovacompegration (This is Not a Typo)
The SEPA Regulation - A Progress Report
Have Your Say
SEPA Direct Debit for Billers: The SDD Mandate
Latest Insights
TPPs: latest views on PSD2 implementation
PSD2 implementation: challenges for ASPSPs
What’s next for RTP?
Greece’s steady progress towards a cashless society