University of Barcelona: “Early Migration to SEPA Has Led to More Agil...

University of Barcelona: “Early Migration to SEPA Has Led to More Agile and Effective Account Reconciliation and Faster Processing of Payments”

University of Barcelona: delivering the most comprehensive offering in higher educational courses in Catalonia

The University of Barcelona is the leading public institution of higher education in Catalonia, catering to the needs of the greatest number of students and delivering the broadest and most comprehensive offering in higher educational courses. The University is also the principal centre of university research in Spain and has become a European benchmark for research activity, both in terms of the number of research programmes it conducts and the excellence these have achieved. It engages in a considerable number of international programs and projects, including academic exchange programs, solidarity projects, development cooperation projects and research.

With more than 63,000 students attending over 600 university courses, the University processed 2,632 Single Euro Payments Area ( ) payments with a volume of almost four million euro in 2013. These represent payments to suppliers located outside Spain (the University migrated, in a first step, cross-border payments). The majority of its transactions occur through credit transfers and a high proportion of them are cross-border payments. As a result, the University initiated its Credit Transfer ( ) implementation project very early, in April 2008. The University’s implementation team coordinated migration to the Direct Debit ( ) Core and Business to Business (B2B) Schemes in a second step. This project will be finalised by the end of January 2014.

The University of Barcelona migration project – questions and answers

Newsletter: When did the University of Barcelona decide to set up a implementation project?

Resu Rozas i Liras: The University of Barcelona’s treasury department started implementation of five years ago, which was particularly early. We initiated the process of migrating to in April 2008. At the time we felt it was too early to consider direct debits, so we are dealing with those right now.

Newsletter: What motivated your organisation to set up a implementation project at a time when there was no legal obligation for customers to implement payment schemes and standards?

Resu Rozas i Liras: The University of Barcelona has a high rate of cross-border payments. Each time a payments system is updated, we take into consideration the impact of payment schemes and technical standards expected to become effective in the foreseeable future. Based on that analysis, we review processes and update these accordingly. When the treasury department decided to update systems and processes used to manage domestic payments in 2008, it became clear that implementing would allow us to streamline both domestic and cross-border payments.

Newsletter: Did your organisation opt to implement and at the same time or did you opt for a phased approach?

Resu Rozas i Liras: We have fully implemented and are on our way to finalising implementation of the and B2B Schemes before 1 February 2014. There are some specific departments within the University that are not yet using the systems, including payrolls, fee collections, and mobility grants.

Newsletter: Was a implementation team set up? If so, which departments of your organisation were involved in the project?

Resu Rozas i Liras: Our IT Centre and treasury department were in charge of the project. The treasury department initiated the process by calling a meeting with all services and departments that could potentially be impacted. It worked with the IT team involved to provide full information, and to help update the relevant applications according to the new standards and formats.

Newsletter: Specifically, which steps were taken to implement payment schemes and standards?

Resu Rozas i Liras: We have technical specialists in our IT Centre who, together with professionals from the treasury department, adapted the files to the new standards and formats and have upgraded our IT dedicated programme (called SICUB). At the same time, we tested files in collaboration with our banking partners.

Newsletter: Is implementation viewed as a stand-alone project or is it part of a review or update of processes and applications beyond payments?

Resu Rozas i Liras: When the decision was taken to implement the payment schemes and technical standards, it was seen as an opportunity for a revision of all processes affected.

Newsletter: In your view, what posed the main challenge in the implementation project with regard to ?

Resu Rozas i Liras: Automated booking and reconciliation of incoming payments was the most important challenge during the initial project phase due to the fact that many European banks we were doing business with in 2008 had not yet adapted their systems accordingly at that point. The Scheme was launched in January 2008 and the University of Barcelona was probably one of the earliest adopters on the demand side in Europe.

Newsletter: Did your organisation opt to implement ? If so, did you implement both and Business to Business (B2B)?

Resu Rozas i Liras: We didn’t feel that it was necessary to implement as early in the process, so that is why we are implementing it now. The Scheme will be suitable for the majority of payments we process, but the implementation of the  B2B Scheme comes with no significant additional cost and effort, so both schemes will be available.

Newsletter: Is it possible to quantify the investment necessary to implement the payment schemes and technical standards?

Resu Rozas i Liras: As we are operating in a public administration environment, the accounting of this kind of expense is included under the usual, yearly responsibilities of the different teams.

Newsletter: In your view, what are the main benefits of implementation?

Resu Rozas i Liras: Interestingly, the main challenge in the early project phase today constitutes the principal benefit we realised with migration: Account reconciliation is obviously more agile and effective. Additionally, while we have seen no direct increased business – because we operate in a public administration environment - many providers appreciate the faster processing of payments and their improved effectiveness.

Newsletter: Other representatives of corporates, small and medium-sized enterprises, public administrations and government agencies, who reported on their successfully completed migration projects in the Newsletter case studies section since April 2011 confirmed: the scope of change required to ensure compliance is extensive however, timely migration to the new payment schemes and technical standards is manageable, feasible and beneficial. Do you agree with this statement?

Resu Rozas i Liras: The example of the University of Barcelona indeed confirms that timely migration to is manageable, feasible and generates tangible advantages. This of course requires organisations to properly assess the scope of the project early on, in order to identify the time and resources needed to implement a deadline-driven change management programme of such a scope.

Newsletter: Ms Rozas i Liras, thank you very much.

Resu Rozas i Liras is Head of the Treasury Department at the University of Barcelona.

The European Payments Council ( ) recommends that organisations in the euro area still working towards achieving compliance with the European Union ( ) ‘Regulation ( ) No 260/2012 establishing technical and business requirements for credit transfers and direct debits in euro’ (the Regulation) aim to finalise the migration process as soon as possible. Banks and other service providers are standing ready to support payment service users to complete the transition. Relevant information is also made available with ‘The Migration Tool Kit’ (see ‘related links’ below).

Blog (December 2013): The Proof of the Pudding is in the Eating - SEPA Benefits Identified by Businesses and Public Administrations

Blog (February 2013): Get Ready for SEPA by 1 February 2014 and Get Inspired: Early Movers on the Demand Side Identify Best Practice - Part I

Blog (February 2013): Get Ready for SEPA by 1 February 2014 and Get Inspired: Early Movers on the Demand Side Identify Best Practice - Part II (SEPA Direct Debit)

Blog Series (Parts I-V) (February to May 2012): Get Ready for SEPA by February 2014. Early Movers on the Customer Side Share Lessons Learnt

Newsletter (October 2012): ‘Time is of the Essence: Get Ready for SEPA. Act Now!’ This Article Offers Detailed Information On How To Prepare SEPA Migration at the Level of Individual Organisations

Newsletter (April 2012): The Time to Act is Now: Impact of the SEPA Regulation on Payment Service Users

Video (March 2012): 'SEPA for Billers. The Time to Act is Now': This Film is Available with Subtitles in the EU Languages

The EPC Migration Tool Kit: Get Ready for SEPA

Next Generation SCT and SDD Rulebooks Will be Published in November 2014 to Take Effect in November 2015. EPC Invites Suggestions for Changes by 28 February 2014

In April 2011, the Newsletter launched the series reporting on the migration experience of individual businesses, public administrations and government agencies, which have successfully completed migration to Credit Transfer ( ) and Direct Debit ( ). At the start of 2012 and again early in 2013, the published a series of blogs summarising lessons learnt by these early adopters. Payment service users still working towards achieving compliance with the European Union ( ) 'Regulation ( ) No 260/2012 establishing technical and business requirements for credit transfers and direct debits in euro' are invited to take advantage of the advice shared by their peers. (The links to these and other sources are included with the link to the ‘ Migration Tool Kit’ at the end of this article.) The University of Barcelona is also a pioneer on the demand side of the payments market: this public entity began its migration project in April 2008. It implemented in a first step and then moved on to payments. The University will finalise implementation of the and the Business to Business Schemes by the end of January 2014. Resu Rozas i Liras, Head of the Treasury Department at the University of Barcelona says: “Implementing has led to account reconciliation becoming more agile and effective, and many providers appreciated the faster processing of payments.” 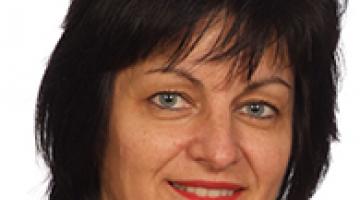 Head of the Treasury Department&nbsp;at the University of Barcelona