What are the options for banks to prepare for their future?

What are the options for banks to prepare for their future?

Disruption, innovation, Uberisation, disintermediation, Fintechisation, regulation… all of these words are nowadays perceived as challenges for the retail banking business. Media and experts are fond of predicting that all services still part of the current core business of banks will be provided by new players from outside the banking sector. This transformation will be based on disruptive technologies, with the help of regulators who have – at last! – ended the banking status quo and fostered competition for the benefits of consumers. The reality is that, whether banks like it or not, the way customers will use their services in the future has little to do with today’s traditional banking processes. Banks are urged to adapt. And this new landscape requires a new deal for banks.

Regulators have designed a new integrated market Europe-wide, a decision that has been welcomed as removing barriers within Europe for consumers and enterprises. But while banks are facing new, less regulated and more agile players, they have to comply with an even more restrictive risks mitigation policy, an outcome of the seismic financial crisis of 2008, which means more competition, and lower fees but restrictive ratios for banks to address systemic risk. Not exactly a level playing field, especially with the additional effect of low to negative interest rates.

What is more, the four party model created by banks to bring easy, secure and universal means of payment to consumers is now suspected to be anticompetitive. Interchange fees, the fuel of the ecosystem, are dramatically reduced when not banned without any real impact assessment. Regulators intend to replace this regime with a new one; many services rendered by banks are to be commoditised (cards and mass payments railways, customer accounts), and new players granted to use them thanks to the regulation, sometimes for free and without a contract*. Last but not least, banks will become liable in case of failure between a new third party provider and a customer, although it is not part of any contract.

In this context, how do banks adapt? What relevant transformation has to be done? In/from which area to invest/divest? Here is the challenge for banks. Increasing uncertainty is not only on banks shoulders, all players are concerned. Although there is room for everyone in the market, no one can really predict who the winners will be. But, to a large extent, banks will have to think outside the box. Here are some thoughts on what banks should consider to open themselves up to this challenge.

Customer centricity: A new criterion in the decision making process

As traditional established players, banks have to change their culture and move from products and services centricity to customer centricity. You may feel this is obvious and partly already done, with the introduction of digital channels and mobile banking apps, among other initiatives, but this is only the beginning of a new customer’s behaviour. All businesses will have to adapt to the new generation of customers – Millennials – who are digital natives, and always ‘switched on’. This changes a lot of things as they will have less loyalty to one service provider, and more opportunities to switch to another one, thanks to digital. Increasing expectations and user experience will drive their choices. A service perceived as outdated has no chance of survival. This creates new mandatory criteria in decision making processes: ultimately customers decide whether they use the service or not, based on whether they like it or not. This is a major shift in bank’s culture, historically more used to user than customer relationships.

Become an active player in R&D, innovation and new technologies

Hearing that regulations have opened up the market to innovative entrants, yet banks are reluctant to innovate, is very frustrating since banks are already used to investing a lot to transform many business lines. Perhaps this is not due to a lack of investment, but more because banks may be perceived as not joining the trendy path paved by Fintech start-ups. Certainly banks cannot talk about so called disruptive services as the ultimate solutions as many niche players do, whatever their success is. But at the same time, current drivers of innovation need to be changed. As an example, investing in R&D is not compatible with a request for return on investment (ROI) and a date for breaking even planned from day one.

Banks also need to anticipate new technologies. In general they were clearly late regarding mobile services and have left that area wide open to non-bank aggregators. When it comes to access to, and usage of, customer data, banks remain very cautious as the compatibility of their role of trusted third parties is not obvious, even though banks comply with dedicated regulation, such as that surrounding data privacy. But banks have already demonstrated that they act the right way: for example banks reacted to the growing potentiality of Distributed Ledger Technology in less than one year after it was first introduced in the payment environment. Collectively, they are perhaps the main investor in exploring this new technology.

On top of that, banks may have to change their organisational structure and often need to remove internal barriers between powerful silos. As an example, it would not be appropriate to argue that secured web services and Application Program Interfaces ( ) cannot be generalised for banking services because of risk mitigation or IT culture or capabilities, while in the meantime the whole market is moving forward. This may create competitive disadvantages and may prevent seamless user experience. Again, this might be a revolutionary approach for many people within banks.

As a matter of fact banks do not have the same skills as Fintechs or pure players, but they have assets others do not. Although the financial crisis has damaged banks’ reputation, current customers still trust their bank when it comes to their own money, payments, and banking services. Mixed with the market share and the scale of access to customers it brings, banks have a unique combination of assets: customer base, trust and reputation, risk mitigation expertise, and customer data. Obviously these assets won’t be enough by themselves to resolve the whole challenge, and they are at risk, but this is an interesting pillar to serve as foundation. Fintechs are certainly much more agile and suffer from fewer constraints, but one of their weaknesses is a lack of access to customers and visibility. And each of them still has to build its own reputation of reliability in this rapidly changing digital world.

One of the peculiarities of banks, compared to Fintechs, is that banks have to build and deliver services at scale, for their vast community and diverse range of customers, with the right level of security and compliance with layers of regulation and risk mitigation. It is harder for banks to act as a niche player creating value added services for targeted users. Potential customers are not always numerous and cost structures of banks may harm economic sustainability.

To resolve this equation and find their own place in the new competition, banks may have to switch from services often fully built and processed in-house, to partnering with pure players at least on a certain part of the value chain. This is not easy as banks do not have a tradition of sharing businesses. All kind of partnerships could be contemplated: such as white label, co-branding, commercial agreements, equity stakes, and many more. In a nutshell, consider ‘make or buy’ as a basic rule for any innovative business. Not only is this a matter of regulation, but it is also necessary as confidence is part of the DNA of banks in their customer relationship.

Apart from the competition provided by Fintechs, GAFAAs’ (Google-Apple-Facebook-Amazon-Alibaba) growing appetite, telcos or IT companies are often opposed to banks as new disruptive competitors. And this is the new reality. But only a few of these players have decided to create their own bank or buy one, as most of them realise of how heavily regulated retail banking is. Most of them prefer to partner with banks, and this should be seriously considered, especially as GAFAAs are part of the daily life of every consumer.

In some countries, banks have a very long tradition of interbank cooperation in the field of payments**: cost sharing of domestic interbank processing capabilities, domestic cards schemes, standardisation, and so on. Obviously this has always taken the form of a ‘coopetition’, as competitive matters are never shared nor discussed collectively.

There is no chance that these interbank bodies could escape the impact of the new world, and indeed they have not: their domestic footprint in a European integrated market, their domestic scale in a growing merging world, the decision making bodies at the European level, the big cross-border players in a more than ever competitive landscape, these are all symptoms of the transformation of the sector. Banks should refrain from applying old interbank recipes, and instead create new ones. New forms of cooperation should be invented that are more agile, and more business and customer orientated.

** The tradition of interbank cooperation is particularly strong in France but also exists in other forms in many countries. 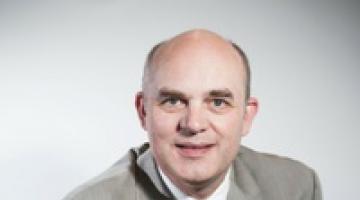 Related Articles
SCT Inst consultation: A tremendous participation from payment stakeholders!
Discover the differing views of all interested parties on the future of the European market for retail financial services
Fourth Money Laundering Directive and revised Wire Transfer Regulation
The European Banking Authority launches public consultation on PSD2
Payment harmonisation in the Southern African Development Community (SADC) region
The ERPB recommendations to boost contactless payments in Europe are progressing with the publication of a new consumer leaflet
The Dutch payment landscape: One of the most cashless in Europe
We bring you some of the best reports on payments published in the last quarter
Latest Insights
TPPs: latest views on PSD2 implementation
PSD2 implementation: challenges for ASPSPs
What’s next for RTP?
Greece’s steady progress towards a cashless society