Luxemburg: a case study in successful migration to SEPA

Joint action by all stakeholders

The fact that Luxemburg is a banking community comprising 15 to 20 financial institutions active in the business of retail payment services admittedly is of advantage when it comes to the coordination of major projects such as implementation. The compact Luxemburg payments landscape facilitates communication between stakeholders which in turn allows for speedy decision-making processes and flexibility to adopt new standards.

This being said, the Luxemburg experience of successfully and expediently migrating to the standards nevertheless sets the benchmark as regards the underlying determination of all stakeholders to drive forward the process on national level. Without doubt, a similar degree of commitment channelled into joint action will be required in any community if the integration of euro payments is to be achieved in the foreseeable future. Key aspects that need to be addressed in such a manner to create a critical mass of transactions include migration to IBAN and BIC and implementation of the ISO 20022 message standards. Setting clear timelines - and adhering to them, as does Luxemburg  - obviously helps driving forward migration to as well.

Following the decision in 2003 by the European Payments Council to make IBAN and BIC the only permissible account identifiers for euro payments, the Luxemburg banking community took the bold step to replace the former national bank account identifiers by IBAN and BIC instead of obliging customers to handle different standards for domestic and cross-border payments.

To ease the transition for bank customers, the banking community implemented comprehensive awareness-building campaigns. In addition, a central conversion service was established to support the business sector and public administrations in the process of adapting existing databases containing customer account information to the new standards. After a migration phase of roughly one year, use of IBAN and BIC became mandatory as from 1 October 2005 for all stakeholders.

Many stakeholders consider the migration to IBAN and BIC to constitute one of the major challenges with regard to implementation. The Luxemburg example shows, however, that this transition can be coordinated within a short period of time and in a manner acceptable to customers provided that the appropriate support is made available. Having completed this step prior to the launch of the Credit Transfer in January 2008 greatly facilitated the introduction of the new scheme in Luxemburg given the fact that IBAN and BIC are the only permissible account identifiers in .

Transition to the ISO 20022 message standards - the Data Formats

Following the successful migration to IBAN and BIC the Luxemburg banking community decided in 2005 to replace the existing national clearing and settlement mechanism (CSM)* operating on the basis of the national legacy data format by a solution compatible with the new ISO 20022 message standards, e.g. the data formats used to exchange information between the parties processing a payment transaction. Consequently, the national CSM migrated and went live successfully in October 2006 on a new clearing and settlement platform offered by a -compliant CSM. Today, 50 per cent of the transactions processed via this platform run by a CSM offering services to banks across are generated in Luxemburg.

for Cards: implementation of the EMV standard

As regards the for Cards, the aim is to enable a consistent customer experience when making or accepting payments with cards. The 's Cards Framework (SCF) outlines high level principles and rules that when implemented by banks and card schemes will deliver this consistent experience. The SCF recognises the EMV standard for Europe-wide acceptance of payments with cards at very high levels of security. EMV stands for the programme to implement CHIP and PIN security for card transactions. An important indicator on the progress in this area is the number of cards, POS (points of sale: terminals at retailers' check outs) and ATMs now in the market that require the use of PIN and CHIP for the authorisation of a card payment.

Again ahead of the pack, in Luxemburg all bank cards, POS terminals and ATMs are EMV-compliant since July 2005.

The Luxemburg banking community cultivates a close dialogue with the corporate and public sectors on to raise awareness and foster implementation of the schemes and standards on the customer side. Until businesses and public administrations in Luxemburg will have upgraded their internal systems, however, the Luxemburg banks are making available the solutions needed to convert payment messages from the national legacy format to the new ISO 20022 message standards (the Data Formats).

Another important factor driving forward migration in Luxemburg is the engagement of the Luxemburg Central Bank. The support of national public authorities including the Central Banks is crucial with regard to the communication - and, ultimately, implementation - of the objectives defined by the and supported by European authorities on domestic level.

Currently, the Luxemburg banking community is focussing on achieving compliance with the Payment Services Directive (PSD) as of 1 November 2009. In addition, preparations are underway for the roll out of Direct Debit services in the course of 2010.

The introduction of is commonly referred to as the most ambitious project in European payments history. The Luxemburg experience clearly shows that a coordinated approach involving all stakeholders, setting clear timelines and securing the commitment of public authorities greatly facilitates project management on national level. Since implementation ultimately is a task to be mastered domestically, the Luxemburg approach holds promise for other communities as well.

Facing the Facts in July 2009. The EPC Newsletter tracks the progress of SEPA roll-out

will be achieved once all euro payments in the 32 countries will be payments. To realise this vision, joint and coordinated action by all stakeholders in the individual communities is required. Luxemburg delivers the case in point: this community is regularly ahead of the pack as regards migration to standards including IBAN (International Bank Account Number), BIC (Bank Identifier Code) and the ISO 20022 messages. The banking community in cooperation with the corporate and public sectors created awareness. As a result, Luxemburg serves as the ideal launch pad for the schemes. Due to the fact that Luxemburg banks convert essentially all credit transfers from the national legacy format to the ISO 20022 message standards (the Data Formats), Luxemburg has achieved nearly 100 per cent Credit Transfer ( ) uptake domestically. By comparison, as of May 2009 the share of Credit Transfers as a percentage of the total volume of credit transfers generated by bank customers in the entire area amounted to about 4 per cent. Gilbert Ernst shares the lessons learned in Luxemburg. The next issue of the Newsletter will feature a report on the successful migration to in Belgium (Yes we can - Part II). 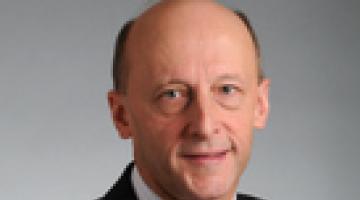 Member of the Executive&nbsp;Committee of the State and Savings Banks Luxembourg

Related Articles
Rock the Vote
Early Adopters: move ahead
Update EPC Plenary Meetings
Bring in the Fun!
Get Involved!
It’s all Greek to You?
Just a Click away***
Light at the End of the Tunnel
Public Administrations do not fully meet Expectations - yet
Home sweet Home or Global Village?
Facing the Facts in July 2009
The silent Revolution
Improving the Bottom Line
Take Payments to the next Level
Joint Action
Open for Business
Latest Insights
TPPs: latest views on PSD2 implementation
PSD2 implementation: challenges for ASPSPs
What’s next for RTP?
Greece’s steady progress towards a cashless society