Yes we can - Part II

Yes we can - Part II

Belgium: a case study in successful migration to SEPA

In Belgium the internationalisation of payments has become part of the normal way of life given its location at the crossroads of Europe (at any location in Belgium you find yourself at a maximum 150 kilometres distance from the border to another country). Also, this country is host to numerous international organisations including the European institutions. These circumstances, however, only partially explain the success of implementation in Belgium.

Rather, the Belgian model owes its success primarily to the platforms established to ensure collaboration between all market participants. These platforms are the Steering Committee - chaired by the Governor of the National Bank of Belgium - which represents the financial sector, consumers, corporations and public administrations. The Steering Committee is in charge of the national implementation program. In addition, the Interbank Forum was established to coordinate the transition on bank level.

The introduction of the Credit Transfer ( ) took place with the launch of the scheme in January 2008. Although the Belgian banking sector took the deliberate decision to roll out services progressively in order to ensure a smooth technical migration, the national banking association (FEBELFIN) requested that every bank active in the Belgian market would make available at least one -compliant credit transfer channel. As a result, each Belgian citizen is offered one or - in most cases - several channels to initiate payments. In other words, all banks active in the Belgian market are -compliant. The different Belgian economic actors moved swiftly to make use of these new means of making payments.

In addition, a new standard form compliant with the Credit Transfer used by bank customers to initiate credit transfers was introduced on a broad scale. The introduction of this new form served as the ideal launch pad to raise awareness among the population at large - and to change entrenched payment habits. Early in 2008, the majority of Belgian citizens - accustomed for years to fill out the legacy domestic credit transfer form - started receiving the new Credit Transfer form attached to bills and payments requests. This development marked the starting point for domestic market uptake of the Credit Transfer in Belgium.

Such a coordinated move was made possible also due to the fact that the banking community had educated the general public at an early stage on including the new account and bank identifiers IBAN (International Bank Account Number) and BIC (Bank Identifier Code). Banks reached out to their clients via a host of communication channels including account statements, websites and newsletters to introduce these account and bank identifiers based on global ISO standards.

The Belgian federal government has acted as a principal driver of implementation taking decisive action to promote adoption of the Credit Transfer across the market. On 27 June 2008, the Belgian Council of Ministers approved the proposal to gradually introduce the standard Credit Transfer form in the public services sector to ensure that all public sector credit transfers would be -compliant by 1 January 2009.

Starting in September 2008, the tax authorities sent 500,000 European transfer forms per month to Belgian citizens together with the notice requesting payment of the annual car tax. By the end of 2008, 3.35 million Belgian citizens had received a transfer form attached to their tax calculation. The Belgian federal government stands alone in the as regards such a significant measure which increased domestic use of the new Credit Transfer scheme dramatically.

The banking industry, the federal government and the business sector designed a multi-targeted communication campaign to create awareness across the market. As mentioned above, banks initiated the process early on by providing detailed information on as well as the schemes and standards to their customers including government entities and corporates. Federal public administrations in turn ensured information of public administrations acting on regional and local level while major corporations committed to spread the word among their business partners and consumers.

The Belgian Federal Public Service Finances administration took on the responsibility to coordinate internal and external communication campaigns to increase acceptance for the process within the public sector on the one hand and among the public at large on the other. With regard to internal communication, middle management in the public sector was targeted first with a view to multiply key information on the process throughout the rank and file. Personnel in the public entities serving as contact point for companies as well as consumers were specifically trained to handle inquiries related to the process.

In addition, the federal government initiated a comprehensive communication campaign designed to create awareness among the general public. About 8 million leaflets explaining the process were sent with every request for tax payment. Citizens faced prominently placed posters advertising in every public administration locale. An information hotline was established allowing citizens and companies to submit queries on the migration to the Credit Transfer.

As a result of these initiatives a large majority of public sector payments in Belgium is now -compliant. At the same time the level of awareness among Belgian citizens is unmatched in any other country.

Bring in the billers

Since January 2009 major companies issuing thousands of invoices every month joined the movement by sending the -compliant payment instruction form to customers together with the invoice. Once a company introduces as a means of bill payment, customers receive the standard informational leaflet on with their invoices. This development has further increased the use of for domestic payments. Currently, thousands of small and medium-sized companies are preparing to migrate to as well. At this point it can be safely assumed that any Belgian paying taxes or bills is familiar with the concept in general and the in particular.

Given the impressive Belgian track record on implementation, the expectation is that the roll-out of Direct Debit services will add a further chapter to this success story.

Benoît Lempkowicz is Manager for Communication and Events at Febelfin, the Belgian banking association. Anne Demelenne is Senior Officer Payment Systems at Febelfin in charge of all payment systems-related issues including the development of .

Yes we can - Part I. Luxemburg: a case study in successful migration to SEPA (EPC Newsletter Issue 3)

will be achieved once all euro payments in the 32 countries will be payments. To realise this vision, joint and coordinated action by all stakeholders in the individual communities is required. Following up on the success story of Luxemburg ( Newsletter Issue 3 - Yes, we can, Part I) this article emphasises the need for a coordinated approach involving every player in the payments domain to ensure awareness in general and uptake of the payment instruments in particular. Benoît Lempkowicz and Anne Demelenne report on the Belgian approach to implementation designed to make a reality sooner rather than later. As a result also of the unique commitment of the federal government, today Belgium is the frontrunner among all countries. 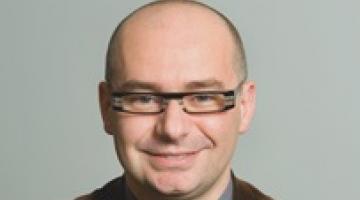 Manager for Communication and Events at Febelfin 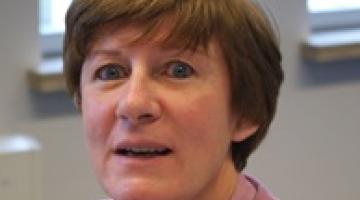