The British Crown Dependencies are Now Part of the SEPA Schemes Geogra...

Payment service providers of these territories and of the wider region have benefited from a three-month period in order to be operationally ready to implement the schemes in the British Crown Dependencies. The inclusion of these territories into the schemes geographical scope is a natural extension of the project and demonstrates the European willingness to harmonise digital payments in a broader area.

The jurisdictional scope of the schemes consists of the 28 Member States plus Iceland, Norway, Liechtenstein, Switzerland, Monaco and San Marino. The full list of countries and territories in which the schemes are operational is available in the map below. 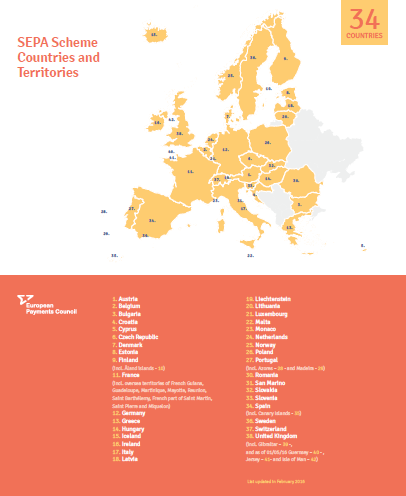