How to Improve the Cost-Efficiency of Cash in Europe: the EPC Publishe...

How to Improve the Cost-Efficiency of Cash in Europe: the EPC Publishes the Single Euro Cash Area Framework

With the aim of helping shape an efficient “Single Euro Cash Area” (SECA), and subsequently to reduce the cost of cash in Europe and improve its quality and trustworthiness, the European Payments Council ( ) publishes today the updated SECA Framework.

Since the introduction of the euro in 2002, the cash has dramatically increased in the Eurozone: between 2002 and 2016, the number of banknotes in circulation has increased by 133%, while their value rose by 380%, totalling more than 1 trillion euro today (source: European Central Bank). The cost of cash – which represents about half of total retail payment social costs - has increased by 30% between 2002 and 2012. This cost was already high before the launch of the euro. As it is often imperfectly charged to actual users, cash may be cross-subsidised by other bank revenues, contributing to burdening the pricing of other banking services. If you wish to learn more about the cost of cash, check this infographic: 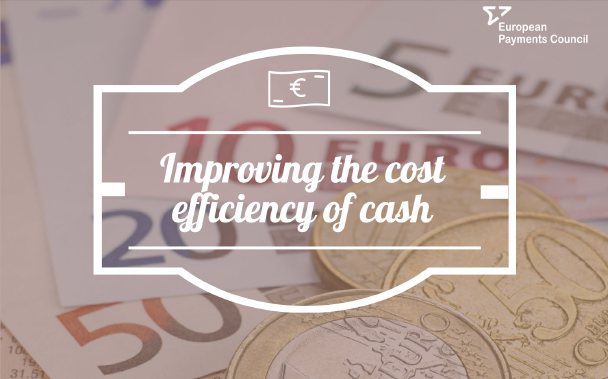 Currently, multiple national infrastructures, organised at national level and based on different business models, manage the distribution of cash in the 19 countries using the euro. To contribute to the harmonisation process in the field of cash launched by the Eurosystem, and in line with the dialogue between the Eurosystem and the European banking industry, the releases today a new version of its SECA Framework. The believes that euro countries should strive for a decrease of cash usage. It is however the most popular payment instrument in most countries, and priority should therefore be given to the reduction of the cost of cash.

To reach this goal, the objective of the SECA Framework (which is aimed at regulators, banks, retailers, and other cash players) is twofold:

Basic functions performed by NCBs in Europe need to be interchangeable, in order to create pan-European interoperability of cash services. It must be possible to handle coins and banknotes, and access the services NCBs offer, all through the Eurozone, without any practical obstacle, thus creating the same tangible effects than a common Eurozone-wide infrastructure for cash.

Banks and other stakeholders (such as service providers to whom certain steps in the cash processing may be outsourced) have a significant role to play in enhancing cash processing efficiency. The SECA Framework emphasises the crucial importance for banks to distribute only genuine and quality cash. It recommends to monitor the progress towards enhanced cash processing efficiency, and lists the coordinated actions necessary for fighting counterfeiting and protecting the euro. Among the best practices identified in the SECA Framework, is for example, in the context of cash recirculation, the implementation of a scheme called the Notes Held To Order (NHTO) model where banks are authorised by the NCB e.g., to hold wholesale cash and to sort notes on their fitness, both off-balance sheet. This function used to be mostly in the hands of NCBs.

The SECA Framework was first published in 2006. It has been significantly updated to reflect the current cash state of play, as well as the latest – and forthcoming – European regulations regarding cash.