One-Leg Out: enhancing international euro credit transfers between SEPA and the rest of the globe

On 18 January, we launched a 90-day public consultation on the [Instant] Euro One-Leg Out Credit Transfer ([Inst] Euro OCT) arrangement rulebook. It aims to facilitate the processing of international (instant) credit transfers in euros between and non- countries. We interviewed the drafter of this rulebook, Bart Clarebout, the ’s Senior Manager for the Credit Transfer / Direct Debit ( / ) Schemes to learn more about this initiative.

Could you briefly describe the [Inst] Euro OCT arrangement and the key steps towards its development?

The proposed [Inst] Euro OCT arrangement would enable international standard and instant euro credit transfer payments between (A) a payment account held at a Payment Service Provider ( ) established in and/or licensed to operate in the Single Euro Payments Area ( ) geographical scope, and (B) an account held at a so-called Financial Institution (FI) established in and/or only licensed to operate in a non- country or territory.

It all started in 2018 with a change request—which was not retained for the 2019 rulebook—to include incoming euro One-Leg Out (OLO) credit transfers under the Credit Transfer ( ) rulebook. In the following years, the has regularly received questions from scheme participants on whether such transactions are within the scope of the scheme (which they are not).

At the same time, continuous enhancements to payment market infrastructures and national payment schemes across the globe have given opportunities for to improve their international payment service offerings in terms of speed, transaction tracking, payment finality and costs. A good example is the global roll-out of the ISO 20022 standard. The use of this standard allows the transport of consistent, structured and accurate information about payers, payees, invoice data and more. The widespread use of this standard globally can facilitate technical interoperability between the various national and regional payment schemes or infrastructures.

As for the regulatory side, the European Commission (EC) issued its Communication on strengthening the international role of the euro and subsequently its Retail Payments Strategy. In addition, the Financial Stability Board—an international body monitoring and making recommendations about the global financial system—recently published targets for enhancing cross-border payments as well as its progress under the G20 Roadmap for Enhancing Cross-Border Payments.

Against this background, the Board decided to launch an ad-hoc One-Leg Out Task Force (OLO TF) to provide the Board with a report on the business aspects, consequences of and scenarios for allowing euro OLO credit transfers. Based on that report, the Board agreed with the development of an [Inst] Euro OCT arrangement.

What are the main objectives of the [Inst] Euro OCT arrangement?

in could process incoming and outgoing standard and instant euro OLO credit transfers through highly automated funds transfer systems available in and, if available, via similar systems in the respective non- countries or jurisdictions.

It gives the opportunity to offer their customers a faster execution of such transactions, more up-front transparency on costs and parties involved, and a better payment status traceability.

What are the expected benefits behind the [Inst] Euro OCT arrangement?

Payers and payees based in would have an account-to-account based payment solution supporting both incoming and outgoing international standard and instant euro credit transfers, whereby maximum execution times are set for the leg of such transfers. Depending on the performance of the channel used in the non- leg jurisdiction where the transaction is coming from or going to, this may lead to a more rapid end-to-end execution of these payments.

We also foresee better transparency on the costs for all parties—both those inside and outside of —as well as on payment status traceability (e.g., via Unique End-to-End Transaction Reference(UETR)).

The arrangement relies on open and commonly accepted standards and data elements which help to improve the initiation and reconciliation of such transfers on a Straight-Through-Processing (STP) basis.

For future participants, the arrangement would enable more efficient and cost-effective processing, clearing and settlement for these credit transfers within the leg, using the ISO 20022 XML messaging standard and existing intermediary and Clearing and Settlement Mechanisms ( ) operating in .

Compared to the current situation, the clearing and settlement for such credit transfers through -based intermediary and , and through the preferred non- channels (e.g., national payment infrastructures, schemes or systems) will potentially improve the liquidity management for those involved (e.g., via the offset between incoming and outgoing payment positions). It may also allow participants to optimise the number of euro correspondent banking relationships.

The arrangement supports concepts, processes and attributes covered in the Cross-Border Payments and Reporting Plus (CBPR+) guidelines, facilitating the processing of such transfers based on better structured and richer data under the ISO 20022 XML messaging standard. Participants would also be able rely on a predictable and automated r-transaction handling and inquiry processing which could support several use cases, from inquiries on the payment status, to requests for further details in case of an ‘unable to apply’ situation.

What’s next for the [Inst] Euro OCT arrangement?

The now looks forward to feedback on this proposed arrangement from all interested stakeholders by 17 April 2022. In the second quarter of 2022, the will review the feedback received and consider concrete next steps. An important determinant of whether or not the will pursue with the launch of this arrangement is the scale of interest among payment scheme participants and other payment stakeholders in . Subject to a “green light” decision from the Board, the would then publish the formal version 1.0 of the arrangement rulebook at the end of November 2022.

The proposed arrangement determines the roles of a Entry and a Exit who would transmit standard and instant euro OLO credit transfers from and to a non- FI. A -based Payee’s or a -based Payer’s may however envisage to exchange such credit transfers with a non- Payer’s FI or a non- Payee’s FI, without the involvement of a Entry or Exit respectively.

Currently, the arrangement does not specify in detail such alternative conceptual workflows. To the ’s knowledge, such direct connection models have not yet materialised, although some organisations in and outside of undertook some proofs of concept. Subject to the ’s decision to formally launch this arrangement, future versions of the arrangement may reflect business rules and obligations for actors involved in alternative workflows to ensure that they comply with the arrangement and that the arrangement evolves in line with market needs. 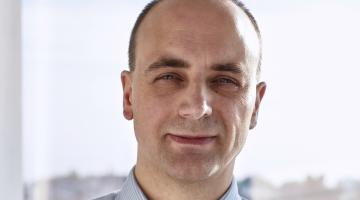 Bart Clarebout is Senior Manager for the Credit Transfer ( )/ Direct Debit ( ) Schemes at the . In this capacity, he is in charge of the daily management of the maintenance and the evolution of the payment schemes. He is a central point of contact and support for several bodies holding various payment scheme management functions. He drafted the Instant Credit Transfer ( ) rulebook back in 2016, and the proposed [Instant] Euro One-Leg Out Credit Transfer ([Inst] Euro OCT) arrangement rulebook in 2021. He further supports the Multi-Stakeholder Groups fostering the dialogue with end-users and technical players on the payment and payment-related schemes, and the Audit Committee. Prior to the , he held several project, business and financial management roles in personal, private banking and cash management operations within Continental Europe for Deutsche Bank.