An interview with Arturo González Mac Dowell and Gijs Boudewijn

Single Euro Payments Area ( ) Payment Account Access ( ) is the newest European Payments Council ( ) scheme. covers messaging functionalities allowing the exchange of payment accounts-related data and facilitating the initiation of payment transactions in the context of ‘premium1’ services provided by asset holders to asset brokers. Last month, the first scheme rulebook was published, and this is the perfect opportunity to share information about the scheme with Insights readers. We interviewed the co-chairs of the Multi-Stakeholder Group ( MSG), Arturo González Mac Dowell and the recently appointed Gijs Boudewijn to shed light on the group’s background, most significant achievements so far, plus the benefits and future goals of the scheme.

First, could you summarise the main achievements of the MSG to date and the key lessons from this first phase of development?

Arturo: We are proud and happy that the publication of the first version of the scheme rulebook took place on 30 November 2022. This development is an important step towards an open data economy in Europe. The MSG has realised this through a cross-sector collaboration – involving banks, payment institutions, e-money institutions, third-party payment providers, merchants, consumers, corporates and standardisation initiatives. The European Commission and the European Central Bank were also invited as observers.

This is a unique achievement as the two sides of the market (supply and demand) worked together from the very start of the project to produce the first scheme rulebook in only one year.

The scheme adopted the requirements of the revised Payment Services Directive ( ) as a baseline and goes beyond it to encompass value-added (premium) services that may be provided in the context of open banking as a natural evolution of .

Where are we today in relation to the scheme?

Gijs: With the publication of the first version of the scheme rulebook, interested parties – for example, the Application Programming Interface ( ) specification providers – may start the preparatory work to get ready before the scheme comes into effect.

Currently, the MSG is finalising other key components of the scheme, in particular:

1) The minimum viable product (MVP), i.e. a sub-set of services among those contained in version 1.0 of the rulebook that will have to be supported by the asset holders participating in the scheme, which

What’s next for the scheme, and when will it be used?

Arturo: The public consultation on the draft rulebook ended on 12 September 2022 and was very encouraging, with the market showing a high level of interest. The received over 300 comments from 29 different market participants. The MSG completed the reviewing process in November 2022, and the responses to the comments from the market will be published by the end of December 2022 on the website.

Through this process, the MSG also realised the need to further explain the topic of Strong Customer Authentication ( ) and has since drafted a clarification to facilitate usage under the scheme. The new draft of this particular section was submitted to the market for a three-month public consultation on 16 December 2022. The outcome of that public consultation will be integrated into a revised version of the first scheme rulebook.

Gijs: The second version of the scheme rulebook is expected to be released in the second quarter of 2023 and will inter alia reflect the MVP and be accompanied by the default business conditions. The scheme itself will enter into force on 30 November 2023. The scheme adherence process will open on 1 September 2023.

The MSG will thereafter pursue its collaborative work to promote market take-up and make the scheme further evolve in line with market needs.

What are the main benefits of the scheme?

Arturo: Some of the key benefits of the scheme:

Finally, what is in your opinion the main challenge for a fast take-up of the scheme and how do you believe this challenge should be addressed?

Gijs: First and foremost we need an attractive enough value proposition for the two sides of the market, i.e. asset brokers and asset holders. Which means an initial set of premium functionalities enabling asset brokers to offer added value services to asset users (notably merchants), supported by a default remuneration model providing incentives to both asset holders and asset owners.

To speed up the solution of the classic “chicken and egg” problem when launching a new scheme, we will probably need to think about a pan-European roll out strategy for the MVP associating all stakeholders.

1 Premium services are considered to be:

Arturo is the CEO of Eurobits Technologies, a Tink company. His career has been marked by his role in the introduction of high-tech products and services to the financial sector. His pioneering work in financial technology has led to innovative services like electronic payments, mobile banking and electronic invoicing. Eurobits has been offering services now classified as Account Information Service in Europe since 2004 to some of the Eurozone and LATAM top banks, making Eurobits the pioneer in this market. Arturo launched Eurobits, went through and MBO and ultimately sold the company to Tink during 2020. Eurobits is a signatory to the Future of European Fintech which has campaigned for fair access under . Arturo is the Vice-Chairman of the European Third Party Providers Association and represents the ETPPA at the and the . 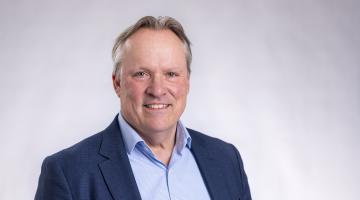 Gijs Boudewijn holds the position of General Manager at the Dutch Payments Association, after having served from 1 February 2014 as Deputy general manager. Before that, he was responsible for payments and security at the Dutch Banking Association. He has extensive experience in domestic as well as international payments related issues, including governance, regulation and innovation, competition law and fraud prevention. Currently, Gijs is chair of the Legal Support Group of the European Payments Council ( ) as well as a co-chair of the Multi Stakeholder Group of the . He is also vice-chair of the Payment Systems Committee of the European Banking Federation. Over the past years, he was closely involved with matters relating to and the various Regulatory Technical Standards of the European Banking Authority. He represented the EBF in the Access Scheme Working Group. Last, he holds the position of vice-chair of the European Card Payments Association and is a member of the Payment Systems Market Expert Group of the European Commission.